Shown is a French ceramic memorial plaque to a soldier killed on 28th September 1914. 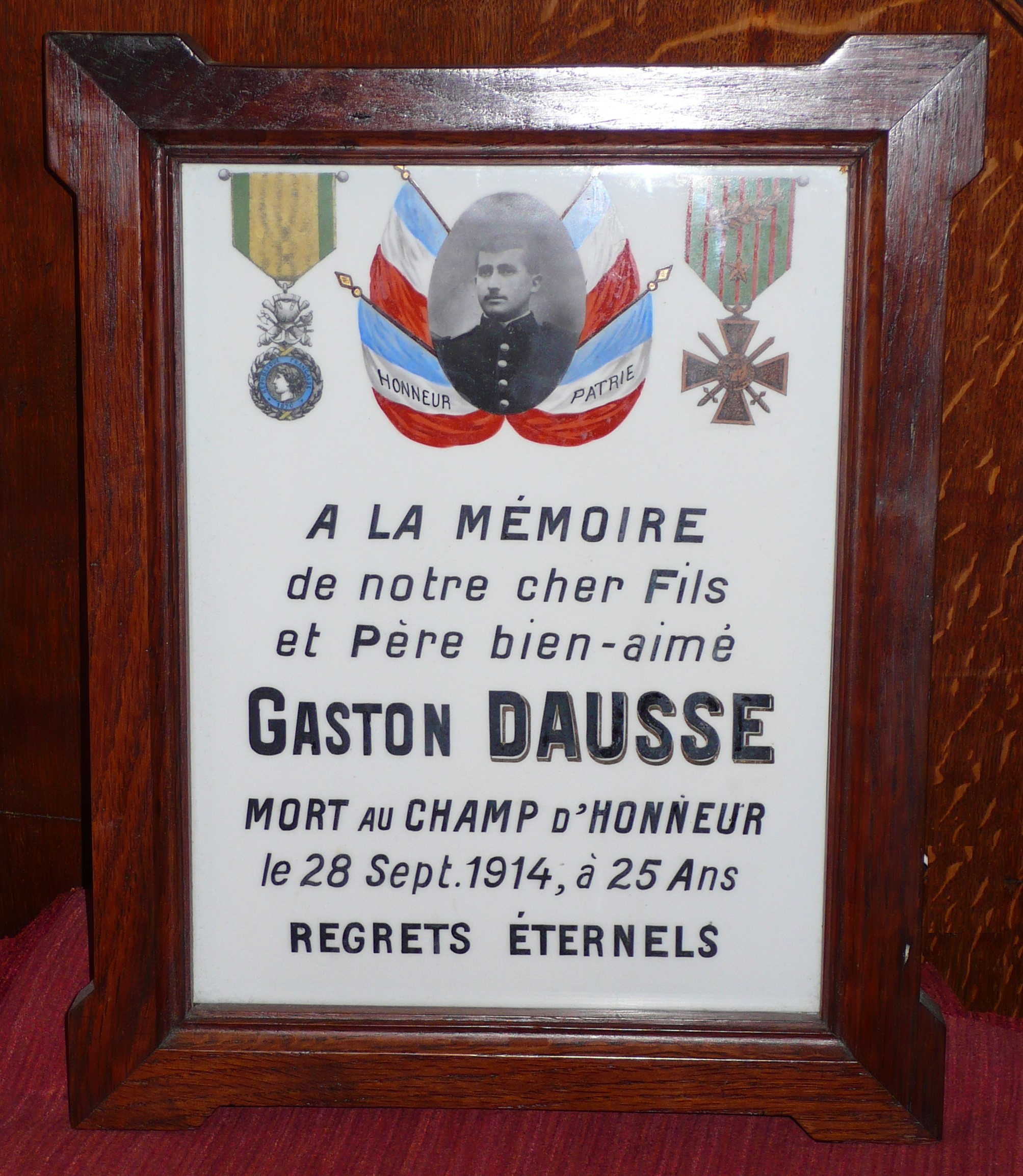 It is a very attractive and colourful memorial to Gaston Dausse, who was killed in action on France’s eastern frontier early in the war. Since all the illustrations were fired into the porcelain plate, they retain their original vivid colours.

The portrait of Dausse clearly shows him wearing the collar badges of the 20th Infantry Regt., but French archives record that he was “killed by the enemy on the field of battle” near Bernecourt, Department of Meurthe et Moselle, serving with the 10th Company, 3rd Battalion of the 80th Regiment of Infantry.

The French of course expected that the German attack in 1914 would cross their eastern frontier via Alsace and Lorraine, as in 1870, and prepared accordingly. As it well-known, however, the actual German attack in that frontier region, though significant, was something of a feint, while the main German offensive went through neutral Belgium (thus bringing Britain into the war) and swinging towards Paris.

Jean-Gaston Dausse (to give him his full name) was born in November 1890 and was not quite 25 when he was killed; he came from Massels, a tiny hamlet in the southern province of Lot et Garonne – a long way from Lorraine – and enlisted in the nearby town of Frespech. His death was reported in French newspapers (like the Express du Midi) as late as October 1916 – so perhaps he was originally returned as “missing”. I can find no trace in French records of an individual war grave for him, though he is one of 13 local men named on the town memorial at Frespech (the largest local centre); perhaps the plaque shown is all that now remains as an individual memorial recording his death. 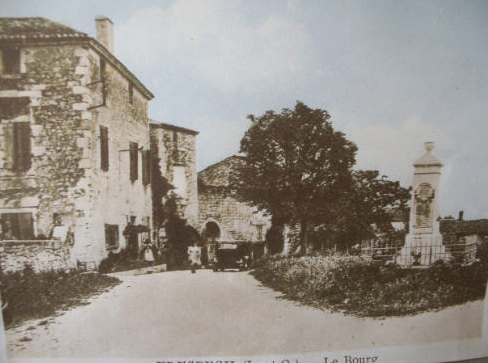 Dausse is named on the local memorial 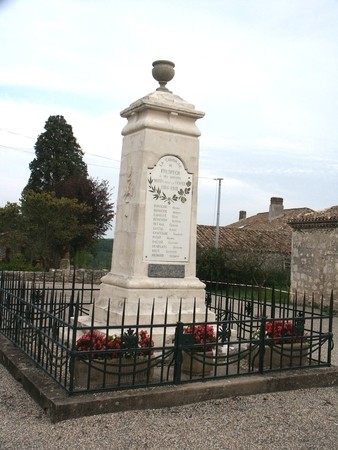 I find information on the war activities of French regiments equally hard to find in any detail and I don’t know what exactly the 3/80th were doing on 28th September 1914. They had heavy casualties on 20th August 1914 and again on 23rd and 24th September but Dausse seems to have been one of only 11 men killed on the 28th, though their commanding officer was seriously wounded on the same day. The 80th eventually suffered over 2700 fatalities during the war.

When inspected, the back of the plaque revealed that it was made as a plaque funeraire en ceramique by the famous Limoges factory – and perhaps cost quite a sum in its day. It stands to reason that Limoges would not have produced these plaques in tiny numbers, but despite a long search of the internet and other sources, I have not (to my surprise) been able to find another single example of this type of Limoges memorial plaque.

If anyone has seen similar Limoges plaques or has information on them, I’d be pleased to hear from them!