A model for the British War Medal design? 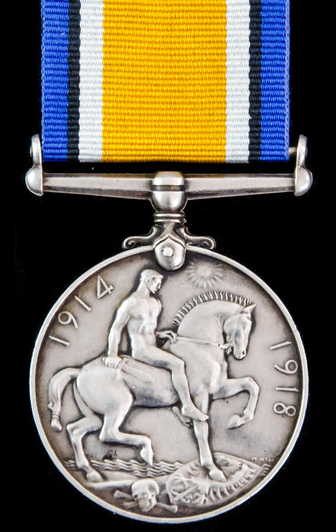 During the reign of Phillip of Macedon, the father of Alexander the Great, a design of silver tetrdrachm appeared, dating to c. 356 BC, which remained in use on this denomination of Macedonian coins for many years. Any medal collector will not fail to notice the great similarity in the reverse (reproduced by courtesy of Messrs. Spink) to that of the British War Medal. The resemblance is surely beyond coincidence. 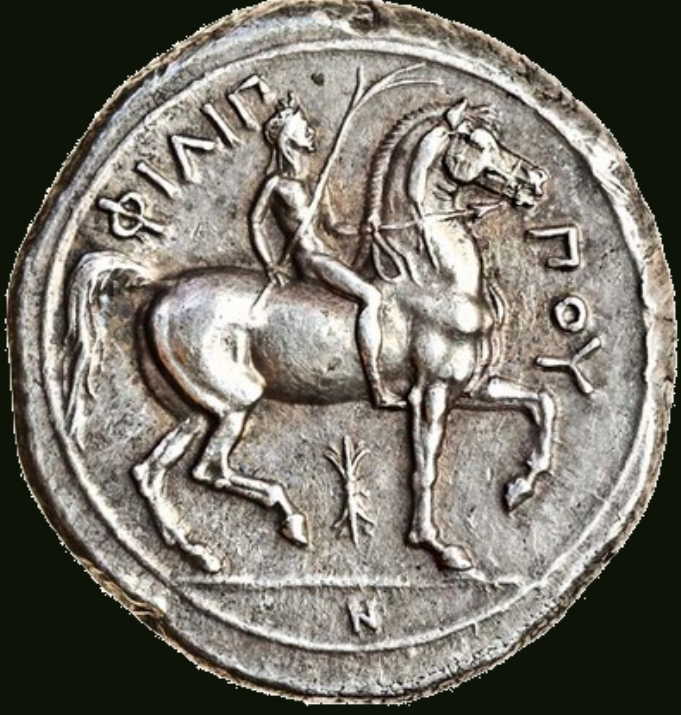 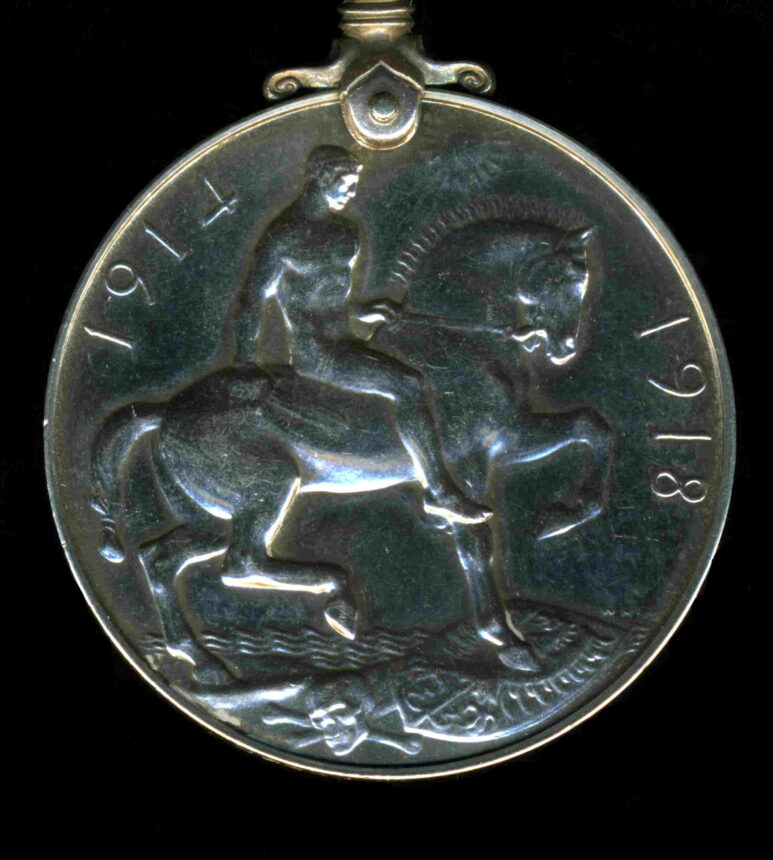 The BWM shows a naked warrior, wielding a short sword (gladius), riding a warhorse (destrier) and trampling on an enemy shield, possibly an emblem of the Central Powers, while a “new dawn” breaks in the distance. The dates on the medal echo the location of the text on the coin. The design has been said to symbolise “man’s control over the forces of war”. But did its designer William McMillan get it from somewhere else? A Macedonian coin?

The BWM was designed by the Scottish artist (Sir) William McMillan CVO (1887–1977), who is best known today as a figural and monumental sculptor. Born on 31 August 1887 in Aberdeen, he studied at Gray’s School of Art in the city, and the Royal Academy of Art between 1908–12. McMillan served on the Western Front before being discharged with shell shock and went on to resume his artistic work in a long and distinguished career. He exhibited at the Royal Academy from 1917 and was made Associate of the RA in 1925 and then Royal Academician in 1935. He was Master of the Royal Academy Sculpture School from 1929–40 and designed major war memorials at Aberdeen and Manchester after the war. Other important works by him include statues of George V in Calcutta, George VI in The Mall, the Beatty Fountain in Trafalgar Square and, amongst many others, the statues of Earl Haig in Clifton College and of Sir Walter Raleigh in Greenwich.

In common with other WW1 medal designs and the Memorial Plaque, his design for the British War Medal was the result of an open competition which received many entries from around the world but which he won (as he did for the Victory Medal) and for which re received the not inconsiderable sum (then and now!) of £500. 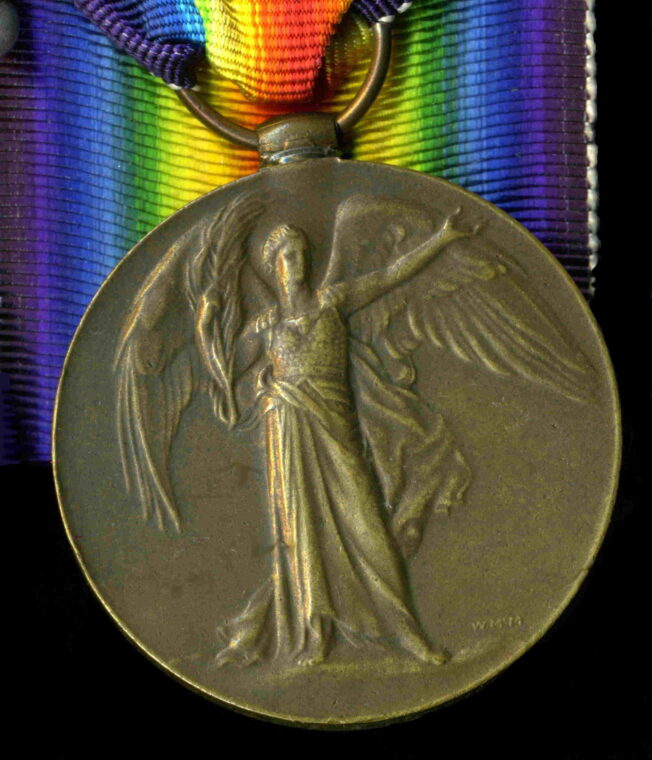 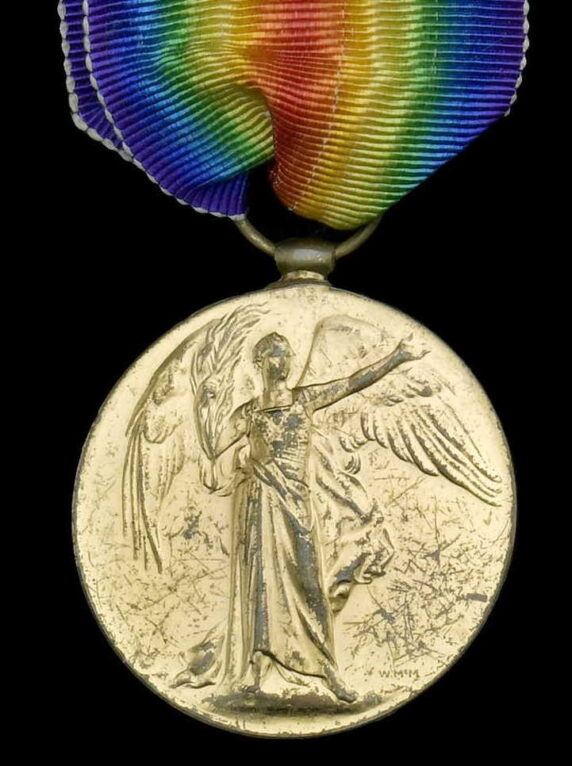 McMillan’s design for the Victory Medal

Does this indicate that McMillan was a numismatist or a classicist? He could have seen such coins in reference works or “in the flesh” in a major museum coin collection. Some other medal designs – like the reverse of the Waterloo Medal – are known to have been based on classical coins. It would be interesting to know how McMillan came across of this design and perhaps someone will enlighten us!