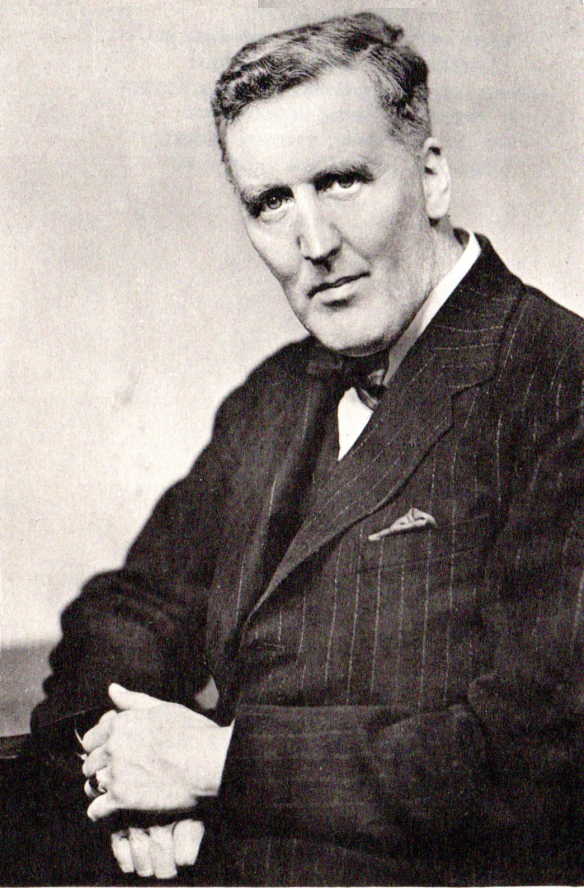 Dr. Henry Cope Colles had nothing at all of the military about him and would no doubt have considered a military career as highly unlikely – to put it mildly. Born in Bridgnorth, Shrops., in 1879, he was the son of a well-known doctor (“Colles procedure”) and looked destined to follow his father into medicine. Instead, his interest in music – he was apparently a fair violinist and fine organist – led him to study instead at the Royal College of Music and then to specialise in the organ at Oxford. But his academic interests and writing skills attracted early notice and in 1903 he began what was to be a very long and distinguished career as a musical biographer, a lecturer and teacher, a writer on music and a reviewer of concerts, performers and recitals.

He is best known as the long-standing principal music critic of The Times, a post he held from 1911 to his early death in London in 1943. He was also a biographer (Brahms, Walford Davies etc.) general writer (e.g. The Growth of Music, The History of St. Michael’s College Tenbury etc.) and editor of and major contributor to the prestigious Grove’s Dictionary of Music and Musicians. As a lecturer, examiner and organiser, he travelled extensively throughout his life – for example, to Australia, the USA and New Zealand. During this time, his output of articles on music and musicians of all kinds and eras was prodigious and many of his writings remain accessible in print. He was known for his erudition in writing about musical styles of the past and analysing the works of famous composers and for his objectivity and fair-handedness when reviewing modern performances and productions. Only once did he come unstuck – in 1909 he gave an underwhelming review of a recital by the superstar contralto (Dame) Clara Butt. Her husband and manager, the elegant (and obviously gallant!) baritone Robert Kennerley Rumford, took great offence and sought out Colles to confront him in person. He caught up with the critic in the foyer of the Queen’s Hall and gave him “one or two blows”. A court case threatened but fortunately an apology was accepted by Colles and all ended quietly. 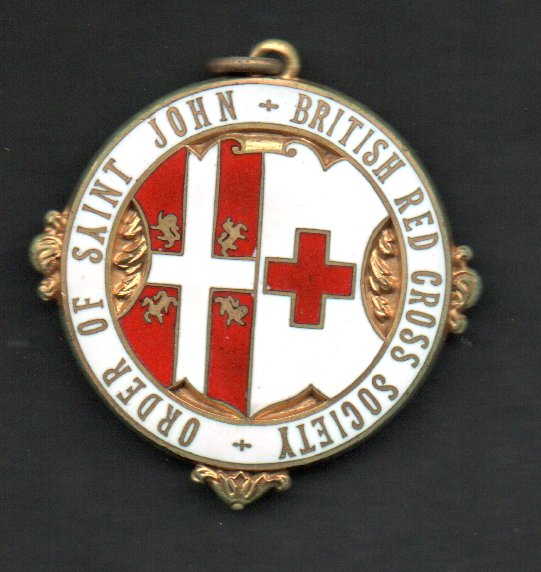 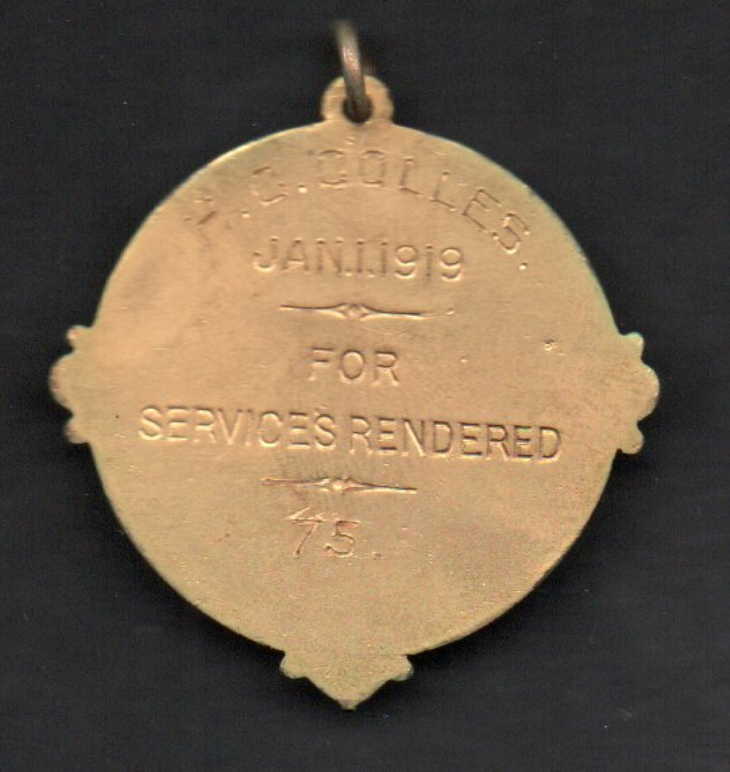 Nothing in all this speaks of a likely career in the Army, but of course the onset of a World War in 1914 altered many plans and careers. When the war began, Colles propelled himself into a busy round of concert-organising, to help raise funds for, amongst others, the Red Cross and various war-related charities. He was eventually awarded the rare “services rendered” Badge of the British Red Cross Society and the Order of St John of Jerusalem in England by the Joint War Committee for these efforts, which continued into 1916.

But like so many others he could not escape the call of military service and in due course he was accepted for a Commission and posted as a 2nd Lieut. to the Royal Garrison Artillery in Jan. 1917. He was clearly a fast learner – he astonished his instructor with the speed of his learning; the Morse Code, for example, he memorised by fitting its dots and dashes to tunes! 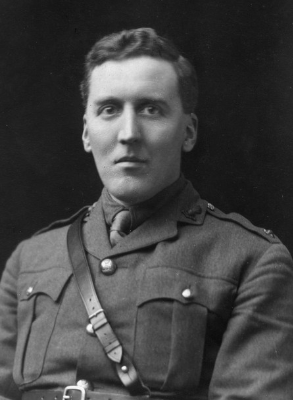 In due course, after completing his basic training, Colles was posted to the front in Macedonia and began a ten-day rail journey across Europe to reach Taranto and then by sea to Salonika, under threat of U-Boat attack. Amongst the very miscellaneous ranks of men brought into the conflict, he found plenty of trained musicians and singers and was not slow to organise band concerts, choirs and musical entertainments for the troops, all of which were no doubt greatly appreciated. 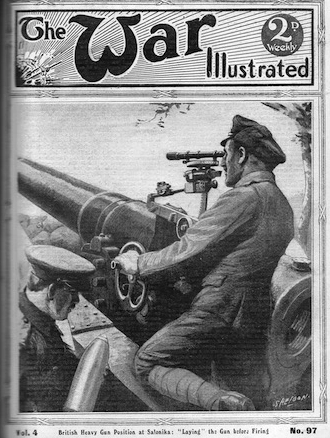 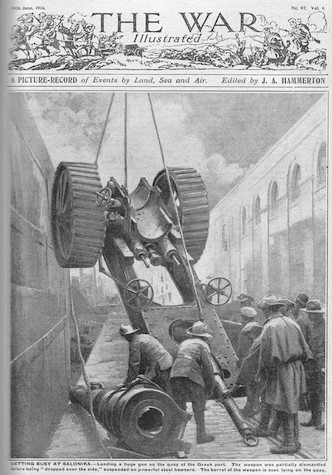 At the same time, he faced his real military duty, which was serving with a battery of 60-pounder guns of the RGA in the hills on the Doiran front. It would be difficult to conceive of a more different life style for a musician and desk-bound writer – but Colles, to his surprise, found himself to be a very effective gunner. He not only enjoyed “the work” but loved the camaraderie, the country and the landscape and wrote “I am not a soldier and I don’t understand soldiering but thank God, I am a gunner…”. In fact, quite remarkably given his back -ground, Colles found himself to be so good at his new job that he was appointed as an instructor in heavy artillery to the Greek Army, teaching Greek officers the use of British artillery, though he regretted that this new appointment put him in a fairly safe position.

He used the opportunity between instructing sessions to set up a local orchestra, with a ragged miscellany of borrowed instruments and largely without much in the way of scores to play from, and gave weekly concerts to the troops. Combining his artillery work and regular musical offerings was in the end too much effort for one man and he became seriously ill late in 1918 but always refused to be sent to hospital at the rear and stayed with his men, tended largely by other officers.

The war in the Balkans ended on 11th October 1918, but Colles like so many others remained in theatre for some time while the mopping up and clearing up went on and he continued to organise large-scale symphony concerts and choral recitals, attended not only by hundreds of soldiers who often travelled miles to hear them, but also by the “great and good” of the British, French and Greek armies. On his departure, he commented: “So at last we leave Grecian soil and unlike almost everyone else, I do so with great reluctance”. 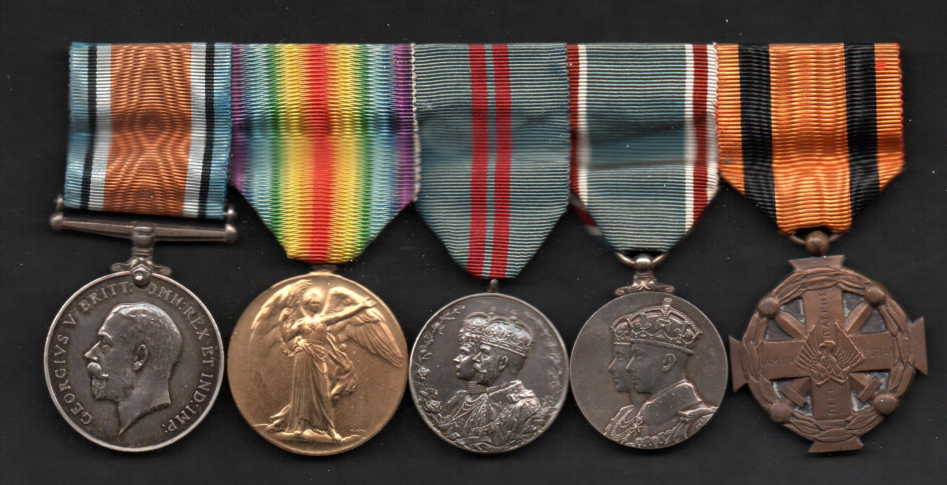 “Harry” Colles’ war service brought rewards he could never have contemplated in his civilian life – he ended in the rank of Captain, RGA. He already wore the 1911 Coronation Medal (for his musical work in connection with the ceremonies) and apart from his British War and Victory Medals, was awarded the Greek Medal for Military Merit in bronze [LG 24.10.19] for his service to the Greek Army. He also received the 1937 Coronation medal in due course.

He can never have dreamed of such a radical variation in his career when he set out to be a musical journalist!