Changing Sides in the Peninsular War

The story behind one medal.

During the Napoleonic Wars, both France and Britain employed soldiers drawn from the men of their allies, conquests or client states. The French recruited Germans from central Europe (conquered states or allies), from Poland, Italy, Spain etc. In the same way, Britain enlisted men from amongst French refugees, Swiss mercenaries, Sicilians, Portuguese, Spanish etc. One of the most famous and significant foreign forces employed by the British was the King’s German Legion (KGL). Since King George III was also the ruler of the German state of Hanover, its citizens were his subjects. However, the state was occupied by the French in 1803 and its standing army was disbanded and seeking to join “enemy” (British) forces became a death penalty office. Nevertheless, an impressive number of Hanoverian men – more than 28,000 over 10 years – managed to make their way from northern Germany to reach new depots set up in England – on the Isle of Wight, in Weymouth, in Lymington and (as their major base) at Bexhill-on-Sea. This story in itself is an amazing tale – just how did do many “ordinary” Hanoverians (workers, agricultural labourers etc.) make the long and dangerous journey to England? It seems that eventually a whole “underground” network was established, similar, as some writers claim, to the system set up to aid escapees in occupied France during the Second World War. Agents travelled around to recruit men and smuggle them out via “safe houses” and remote routes. The eventual HQ for this system was the island of Heligoland in the Rhine. The King of Denmark generously agreed that any Hanoverian who could make his way into Danish territory in Schleswig would be allowed entry and could them embark on British ships for free passage to England. There must be some marvellous tales amongst the stories of the men who made the long and arduous journey, even before considering their eventual military careers! Equally, one has to wonder at the effect of the loss of these workers and citizens to the state of Hanover – the absence of 28,000 men must have impacted on the economy and society, to say nothing of the effect of long absence on families, wives, friends. etc; some of the volunteers would be away from home for up to ten years and some, of course, never came back. 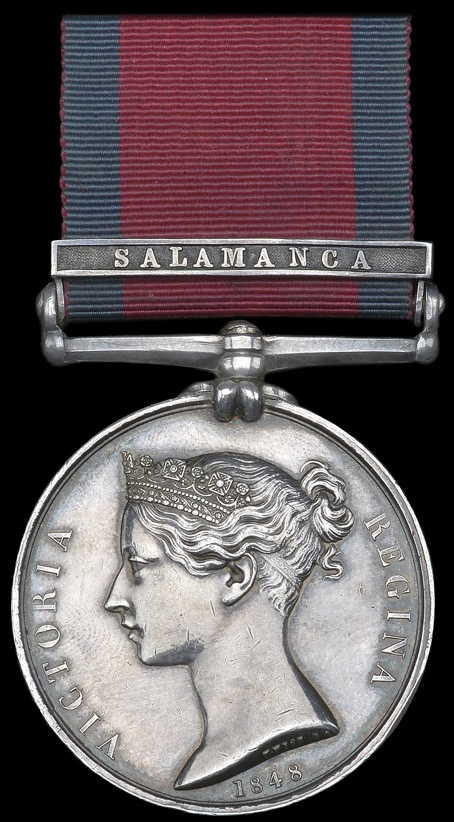 These matters were brought to mind recently with the appearance of a fairly ordinary-looking Military General Service Medal with clasp “Salamanca” to a soldier of the 1st Light Dragoons of the KGL. The recipient’s name was Ludwig Wüst and I assumed that he was one of those who had made the perilous journey from Hanover to a KGL depot in England. However, further research revealed a completely different story, again reflecting the ways in which men were brought into service by Britain during the war. 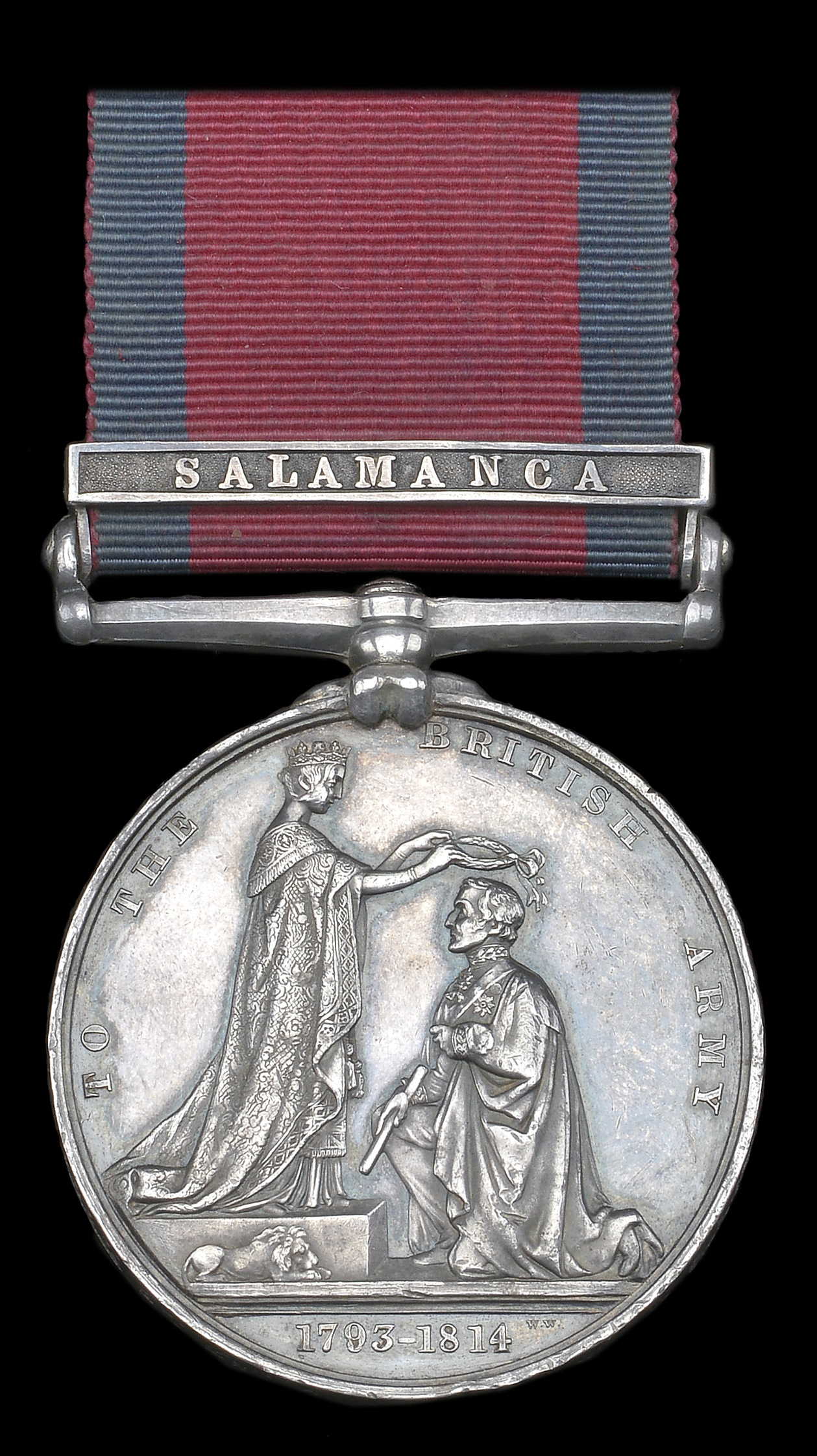 By 1810 the supply of new KGL recruits managing to make the difficult journey from Hanover had all but dried up as the French authorities clamped down on movement out of the country. In 1812, it occurred to the British authorities that there was already a large pool of potential new recruits from a variety of nationalities in the form of men held as prisoners of war around the country – in existing prisons, barracks, newly-established camps or in the notorious prison hulks.

There were eventually over 43,000 enemy PoWs in Britain and many of these were men who derived from German states which Napoleon had seized or had joined him as allies. Many were in “parole towns” like Oswestry, Welshpool and Bridgnorth, where the men (certainly the officers) were given licences to be away from their camp during the day so that they could do paid work (e.g. on farms) or buy and sell goods. Others were put to work on useful local projects, like bridge building, flood embankments, road making etc. and received a payment for their work

In 1812 officers were sent round the prison camps to enlist men into various units but especially into the King’s German Legion. These men were scattered the length and breadth of the kingdom – from prison ships in the southern ports, like Plymouth and Portsmouth, prisons like Dartmoor and specially set-up camps in more remote places like Llanfyllin in Wales or in Scottish towns.

Eventually over 5,000 PoWs were enlisted into the KGL – a very useful influx of trained men into regiments which had been severely mauled on active service. The men had to be German speaking or at least know some German and each was given a bounty of four guineas – a decent sum in those days. One can well imagine the appeal of rejoining service life, especially when the alternative for some was being held in a prison hulk for an unknown number of years. Many prisoners of course refused to serve again, either because they had had quite enough of active campaigning or because they would not change sides as a matter of honour and it is known that some who did re-enlist took the opportunity to desert and rejoin the French when opportunity arose. But the vast majority of released PoWs who “joined up” into the KGL seem to have served loyally under their new British masters and rendered excellent service. 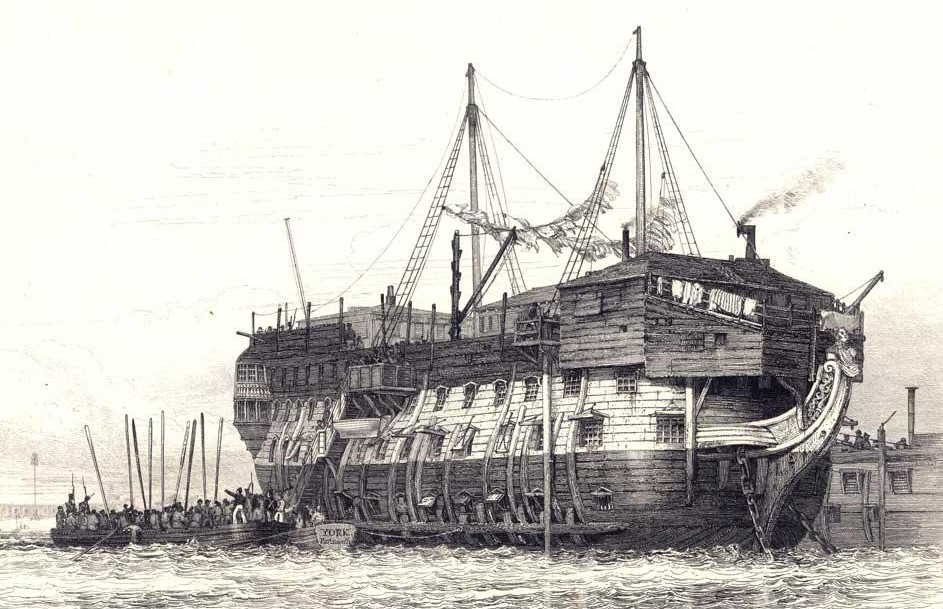 Wüst appears in the ledgers of the prison ship El Firme – itself a captured Spanish vessel – moored in Portsmouth. As it turns out, Wüst was actually a Sergeant who had served in the 1st Hesse-Darmstadt regiment, a German states’ unit from a Napoleonic ally. It served with the French army in Spain, and with some distinction; it had been at Talavera in 1809 and in 1812 played a leading part in the defence of Badajoz. During the terrible siege of April 1812, the 1st Hesse regiment was deployed, amongst other locations, in the defence of the citadel and when the town eventually fell on 7th April 1812, surviving members of the regiment became prisoners.

Sergeant “Louis” Wüst, as he appears in the registers (“captured by the British Army”), became a prisoner on the fall of Badajoz, remarkably along with his wife, Maria Marcelina, who appears in the ledgers with him and is helpfully described as “a woman”. Having been captured on 7th April, Wüst was conveyed with others of the Hesse-Darmstadt regiment to imprisonment in England aboard HMS Freya (or Freija), a former Danish warship captured at Copenhagen in 1807 and used as a troopship. He was imprisoned with many of his comrades aboard El Firme in Portsmouth on 15th May. Here, he and his wife received the usual allowance of hammock, bed, shirt, shoes, waistcoat and other “necessaries”. Nevertheless, the chance to get off the hulk must have been very appealing – as early as 25th May he accepted the offer of service in the King’s German Legion and would have been marched to Bexhill or Lymington for initial training etc. Whether his wife was released at the same time (as seems reasonable) is not known and whether she later accompanied him to Spain (as is not so likely) is equally unrecorded. 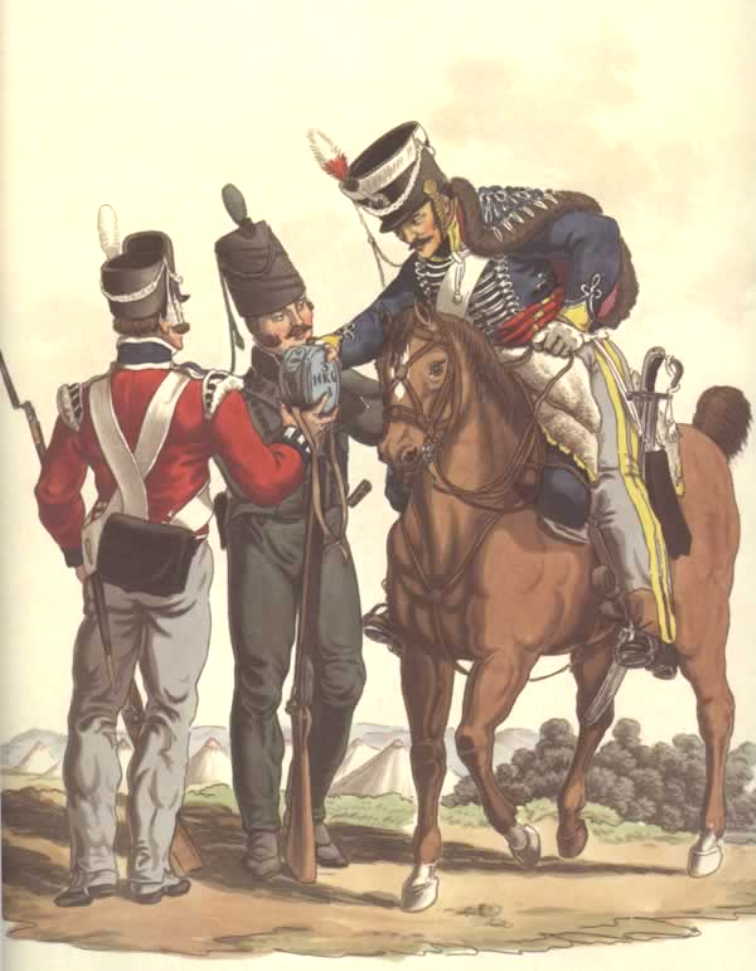 “Ludwig” Wüst served in the 1st Light Dragoons of the KGL from the end of May 1812 and joined them in Spain and, as his medal claim shows, was engaged at Salamanca in 1812. Here, his regiment was one of General Bock’s cavalry brigade which famously broke an infantry sqaure at Garcia Hernandez shortly after the main action. Whether he was wounded or injured or ill at this time is at present unknown, but since he did not receive clasps for the many other actions in which his regiment was engaged before 1814 he may well have been “out of action” for whatever reason. At any rate, “Lewis” Wüst (as he occurs in British records) was again in service, as a Corporal, with his regiment at Waterloo in 1815, where he was returned as “wounded”. His Waterloo medal has not been traced.

At the time of the disbandment of the KGL in 1816, Wüst was one of those who chose not to return to his homeland. Many of his colleagues returned to Hanover and many remained in service, joining the newly-reformed Hanoverian army as a very welcome influx of experienced soldiers. Instead, Wüst emigrated to “the colonies” from where he claimed his MGS and single clasp in 1847, a note relating that it was to be addressed via the Consulate at Frankfort, presumably to be forwarded to him. Where he ended up and what happened to him thereafter is at present unknown, but his career serves to illustrate yet another strand in the sometimes complex and often hidden story of personal experience during the long French Wars.

Afternote: since this was written another example of a medal to a former French p.o.w. has appeared on the market. A recent DNW auction sold the Waterloo Medal of Pte. Conrad Ruhl, 1st Light Battalion, KGL. It turns out that, like Wüst, Ruhl had been a soldier in the Hesse-Darmstadt Regiment (a Sergt. of Grenadiers) and was captured at Badajoz. Like Wüst, he was taken in the Freija to the prison hulk El Firme and held there until he too agreed in May 1812 to transfer into the King’s German Legion, with whom he served until its disbandment in 1816. He did not claim, or live to claim, the Military General Service Medal in 1847.