Home/Medals Articles/Medal Roll for “Copenhagen 1807” – the naval clasp that never was!

The British attack on Copenhagen in 1801 was a remarkably successful and large-scale enterprise, seizing the entire Danish warship fleet (and most of their crews!) and thus neutralising that fleet and its potential danger in the Baltic at a time when Britain was concerned that it would, through force or alliance, come under French influence. 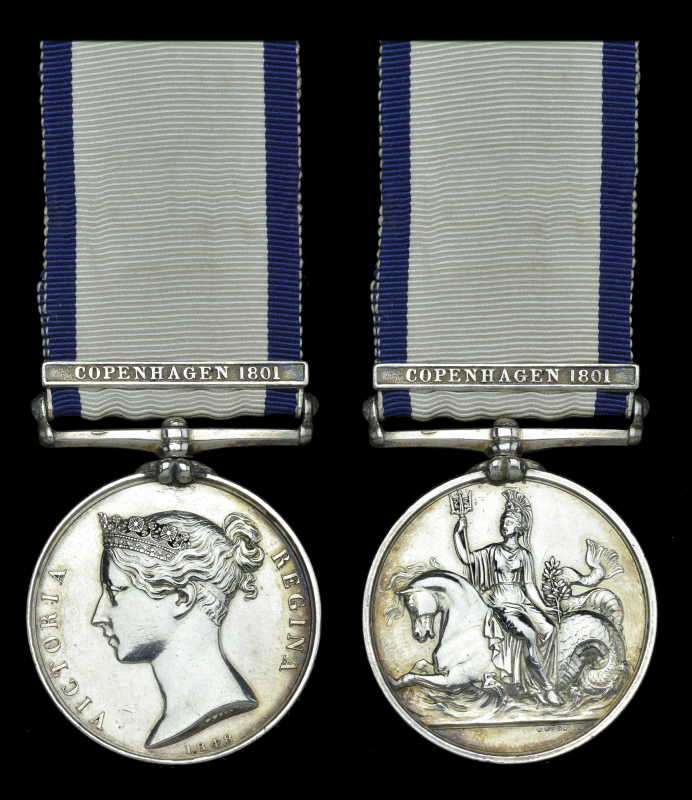 In due course, the Naval General Service Medal 1793-1840 was awarded with the clasp Copenhagen 1801 to 548 survivors of 52 ships. Most of these were very small sloops, brigs and gun-vessels with small crews and few claimants, but other represented the cream of the British battle fleet at that time – HMSs Elephant (under Nelson), Agamemnon, London etc. Interestingly, 26 awards were made to men of the Royal Artillery and to the Rifles and 49th Regt., serving as Marines.

What is not so well-remembered these days is that a much larger force on land and sea attacked Copenhagen in 1807 with much the same intent – to keep the Danish fleet out of potentially enemy hands – and with the same result (the capture and removal of the Danish fleet) whilst at the same time launching a large-scale land attack which faced considerable opposition during the attack on the city and its surroundings. The city of Copenhagen itself suffered considerable damage during the attack.

The Danes were asked by the British government to surrender their fleet early in July 1807 – and not suprisingly refused. Immediate action was taken – as early as 26th July, a powerful fleet of 26 warships under Admiral Sir James Gambier set sail to attack the defences at Copenhagen and seize or neutralise the Danish warship fleet. 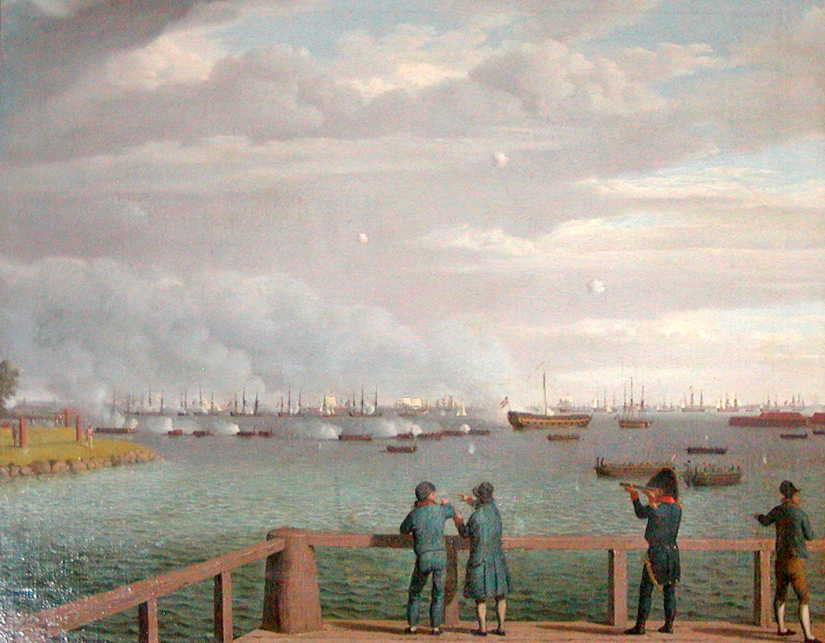 It is clear that, at least at one stage, it was proposed that a clasp – Copenhagen 1807 – would be granted on the Naval General Service Medal and a roll was accordingly drawn up to identify potential recipients. The surviving hypothetical medal roll [in ADM.171 at Kew] has claimants from no fewer than 49 vessels, some of which were probably transports and other support vessels: 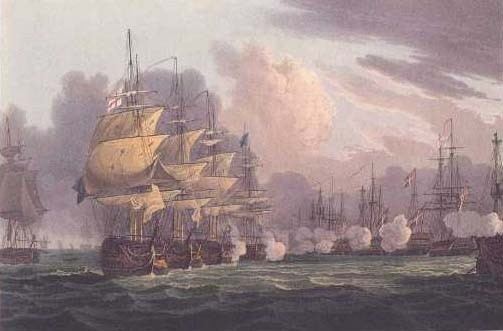 The British fleet attacking Copenhagen in 1807

The Danes sued for peace on 6th September after a damaging bombardment of the city; 70 Danish warships were seized and most, with the exception of a few burned or left, were removed to British ports. A good account of what happened, from a naval point of view, is given in Clowes’ History of the Royal Navy, vol. V.

In addition to this naval force, a powerful army of over 27,000 men under Lord Cathcart was embarked in 377 transports and landed on the Danish coast on 15th August 1807. This included most of the artillery, cavalry (3 regiments) and infantry (7 battalions) of the recently-formed King’s German Legion – along with: The land campaign – a sizeable operation

[the figures to the right are casualty figures (both killed and wounded) taken from C. B. Norman’s Battle Honours of the British Army, 1911, and are not necessarily reliable; regimental histories often give different numbers! Norman gives total land casualties as 43 killed and 145 wounded which roughly accords with other assessments.]

Initially, when it came to clasps on the proposed Naval General Service Medal in 1847, only actions for which Naval Gold Medals had been awarded were considered – which would have severely limited the eventual list of clasps. However, the “Flag Officers’ Committee” established to approve clasps later stated that “battles of conspicuous merit” (often fleet actions) and incidents in which officers were promoted for that action would also be deemed worthy of a clasp; single-ship and “Boat Actions” thus came into range. The authorities planning the Naval General Service Medal in 1847-48 clearly considered the award of a clasp Copenhagen 1807 and drew up lists of claimants and ships, following exactly the same format as with other records for the award of the other NGS clasps. However, for some reason, despite the scale and outcome of the Danish campaign of 1807, they declined to authorise a clasp. Perhaps they thought that just one for Copenhagen in 1801 was enough for that theatre but it looks very much that, once the authorities had received claims for the clasp, they became alarmed at the prospect of other actions (which would have to be labouriously investigated) equally calling forth claims for a medal or clasp. So nothing was awarded, despite a detailed list of claimants from the Royal Navy being drawn up ready for action!

A roll prepared but “a clasp not allowed” …

The surviving roll, which has “a clasp not allowed” or similar on the top of each page records at one point:

“Copy of note in the Report of the Medal Committee of Flag Officers, 22nd August 1847:
… Applications for medals have come in from those who were in the ships at Copenhagen under Admiral Gambier in 1807 – but as neither the army nor the navy had medals bestowed on them on that occasion [presumably Gold Medals] these claims cannot now be admitted without going into an examination of all the transactions of the war to see what other services may be equally entitled to the compliment [i.e. of a special medal] – a proceeding we have before stated to be impracticable, incapable of being carried out without leading to endless disputes and much discontent – if any services were performed by particular ships of [the] Fleets for which the First Lieutenants were promoted as a marked compliment to the occasion, such ships will of course have the medal if our proposal be approved, but the Gazette gives no sanction to a claim on account of the general services of the Fleets – This action was not included in the List of Actions for which the medal was granted, published in 1849.”

Given the size of the land force involved, a clasp on the Military General Service Medal might also have been considered – but wasn’t.

This is the list of claimants for a naval clasp Copenhagen 1807 which was not awarded [name, followed by ship, followed by rank]; if you have a naval award for around this date, it might be interesting to see if “your man” was also on the Danish expedition in 1807.