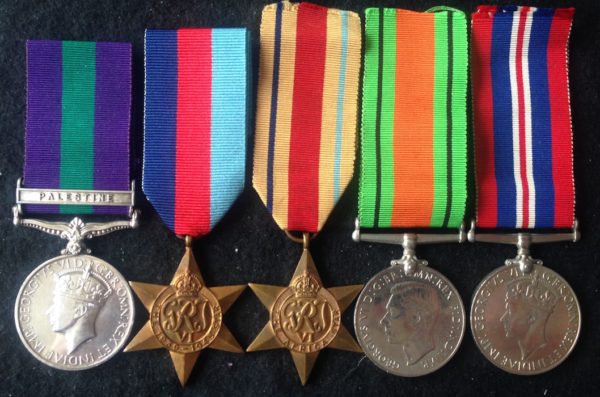 Ernest James Symons, a native of Sydenham, London, was born in 1912 and served with the 2nd Battalion in Palestine and during the Second World War.

The 2nd Battalion Royal West Kent Regiment was part of the garrison of Malta during its protracted siege. In June 1940 the Italians launched air-raids against the island of Malta. In early in 1942 the Battalion was now defending Luqa Airfield, Malta and faced serve air-raids by the German’s. On the 09 May 1942, From an aircraft carrier reinforcements of Spitfires flew in and the Battalion helped them to refuel.

In June 1943 the battalion  were in North Africa and part of 234 Infantry Brigade.

As part of the 234th Infantry Brigade in the abortive assault on the Italian-held Dodecanese islands in September 1943, the Battalion whilst on Leros was more or less wiped out, reeling under a ferocious German invasion. The attack began when the enemy made a seaborne attack followed by some 700 paratroopers that swarmed the island. In bitter and confused fighting, besides relentless aerial attacks and with companies acting independently, many were killed or taken prisoner within 24 hours.

Symons was killed in action at some point between 12-16 November and is commemorated upon the Athens Memorial.