A Good Naval O.B.E. Group covering both the First and Second World Wars.

A Good Naval O.B.E. Group covering both the First and Second World Wars.

His RNR RD was announced in the London Gazette dated 14th May 1918.

He joined Triender-Anderson & Co as an apprentice, first sailing as Mate was Caraquet 1913, from 1916 he served on AMC Avoca,

Follow this link for details on the Avoca during WW1

WW2 he was in command of Highland Princess which was attacked in error by the French submarine Pascal in Jan 1940.

The Highland Princess was also damaged by a German bomb while in dock in Liverpool 12th September 1940, 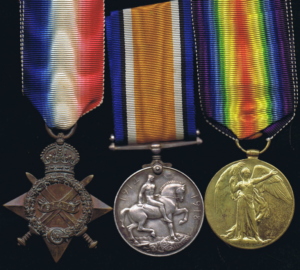