John Wale was born in Cambridge, and attested for the 6th Dragoon Guards at London in May 1841.

He transferred to the 1st Royal Dragoons in April 1847, and served with the Regiment in the Crimea.

Wale took part in the famous charge of the Heavy Brigade at Balaklava, 25 October 1854, and advanced to Corporal in February 1855. He was promoted Sergeant in December of the same year, and discharged at his own request, aged 42, 1 July 1865.

1 of 8 D.C.M.’s awarded to the Regiment for the Crimean Campaign. 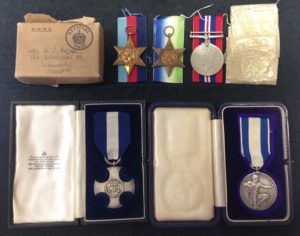 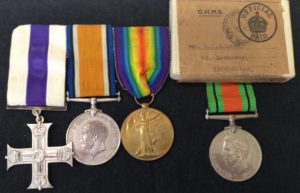 An excellent WW1 Royal Flying Corps Military Cross Group,  to Lt Lane, Shot down by a German Ace who was also killed by Lt Lane during the same action.“Lieutenant Lane, although seriously wounded in the leg during the combat, shot down and killed 20 ‘kill’ German Ace Walter Goettsch 10 April, 1917”.
£3,450.00 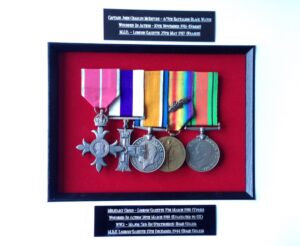 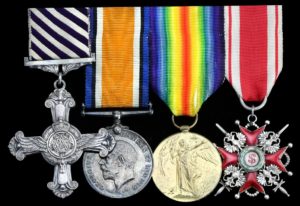 A rare North Russia operations D.F.C. group of four awarded to 2nd Lieutenant L. Timmins, Royal Air Force, late Royal Naval Air Service, an ex-Sea Scout Airship rating who was taken P.O.W. after being shot down at 300 feet in his D.H. 4 over Zeebrugge in October 1918 Volunteering for further active service in Syren Force on being repatriated, he was decorated for a flurry of daring seaplane missions against the Bolsheviks in the summer of 1919
£6,100.00