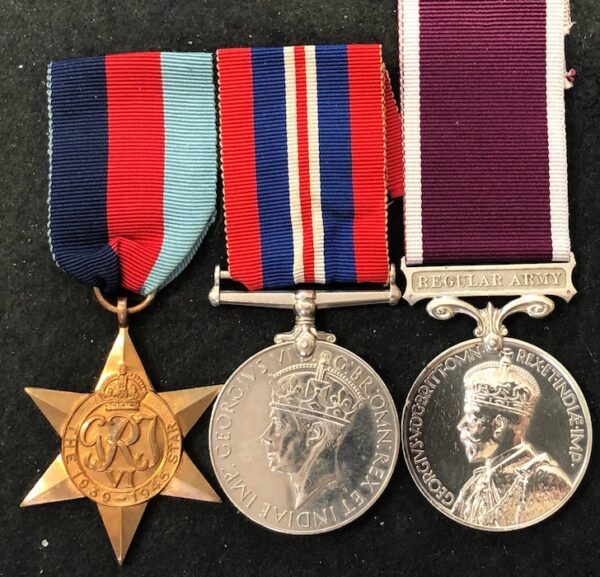 Died in France on 5th January 1940 and buried in Gezaincourt Cem. Extension. This lies between Doullens and Abbeville.

Recorded as being from Dublin; we believe he enlisted in 1920 (possibly recalled for WW2 service).

This is a very early date for a British casualty – and during the “Phoney War”.

One of only 2 British soldiers recorded as died in France on that day – probably of disease or accident.

LSGC with slight contacting; others NEF.