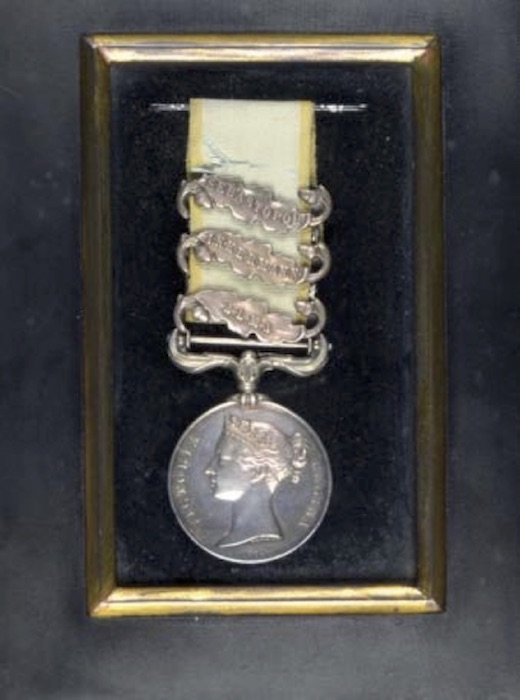 Corporal Henry Williams is confirmed on the Crimea Medal Roll as having served in the 7th Royal Fusiliers, with the added remark ‘wounded at Alma and has since died of disease’

This idea is rather reinforced, given the lot’s memorial frame. All three clasps confirmed on the roll.