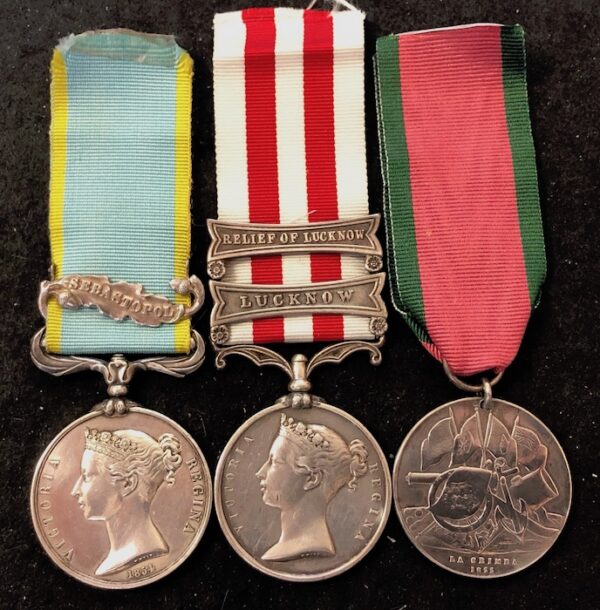 Correct on medal rolls for both medals, and noted as severely wounded in the final attack on the Redan.

He is also recorded on the Court Martial register in 1852, the Court Martial being held in Dublin and he was sentenced to 112 days hard labour (unfortunately we cannot quite read the charge, but looks like desertion)

Condition – GVF, Mutiny slightly worse with some wear to the naming.