French Medal of Honour for Railways, in silver (named).

French Medal of Honour for railways, 4th type, in silver.

The French Medal of Honour – one of the large range awarded for merit or distinguished service in many professions and branches of life in France; this one for railway service, type four (post 1977) in silver.

Medal instituted on 19 August 1913 to reward long service or exceptional acts of courage and devotion by those working on the railways. For the silver medal, an act of outstanding bravery or merit or 30 years’ service (25 years as mechanic/driver) in France or 20 years on the Colonial railways was required.

Designed by Georges Guiraud, the medal hangs from a ribbon passing through a T-shaped suspension loop cast above the medal.

Obverse: the effigy of the republic  in front of rails and framed by two laurel branches. Inscription: REPUBLIQUE FRANÇAISE.

Reverse: the image of a modern French high-speed train (TGV) and a steam locomotive on a higher rail, framed on the left by an olive branch over a blank area engraved with the recipient’s name [this one awarded in 1989 to B. Bertet.]

Only slight marking – about NEF. 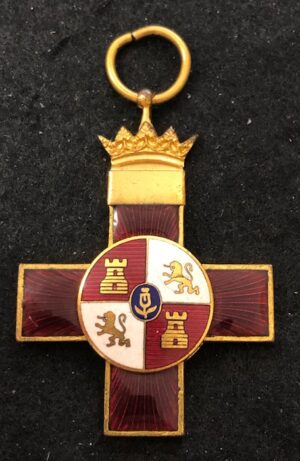