With copies of detailed service papers, which have very good reports on him (ability etc.) as a commissioned officer.

Spent 1913-17 on HMS Juno – which had interesting service in Mediterranean, Red Sea, East Africa and Persian Gulf [recipient invalided from Bushire, Persia, with Malaria at one stage in 1916], as well as UK coastal patrols. The entire WW1 logs for the ship are freely available online.

Retired in 1933 but then did local WW2 service; a note with the group states “had responsibility for South Hams Civil Defence”. 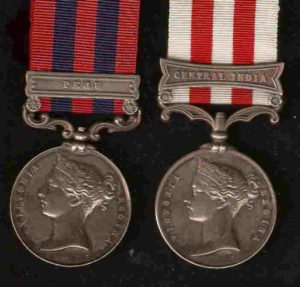