During the First World War, the regiment served in Mesopotamia as part of the 11th Indian Cavalry Brigade and was part of General Townsend’s failed advance towards Baghdad. It then served on the Tigris Front. Later on, it moved to the Euphrates Front and fought in the Battles of Khan Baghdadi and Sharqat. One of its squadron served in Persian Arabistan. On their return to Indian they saw service in the Third Afghan War of 1919 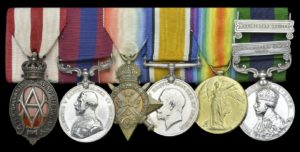 An Albert Medal Second Class for Land and Great War ‘French theatre’ D.C.M. group of six awarded to Staff Sergeant P. J. Fitzpatrick, Military Works Service, later Lieutenant, Royal Engineers, who was awarded his Albert Medal for gallantry during the Ferozepore Arsenal Fire, 31 August 1906. 2 Albert Medals in Gold and 11 Albert Medals in Bronze were awarded for the operations to extinguish the fire and prevent the explosion of over 300,000lbs. of gunpowder
£11,500.00 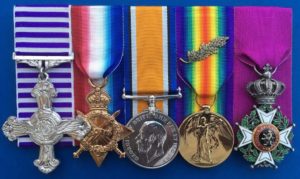 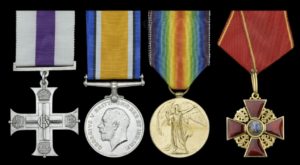 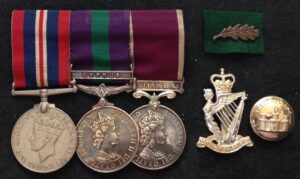