Brett is shown as serving in the 2nd Battalion in Palestine, this battalion as had extensive service during WW2

At the outbreak of the war, the 2nd Battalion, Royal Northumberland Fusiliers was stationed in Dover, Kent, and attached as the machine gun unit to the Colchester based 4th Infantry Division. It joined the British Expeditionary Force (BEF) in France in October 1939 and served there until June 1940. Although organised as a divisional machine gun battalion, it was attached to General Headquarters (GHQ) and was assigned to divisions as required.

It joined Home Forces on its return from Dunkirk and on 11 November 1941 it rejoined the 4th Division as its machine gun battalion until 20 May 1942  when it was posted back to Home Forces.  On 3 July 1943, it joined the 46th Infantry Division in North Africa as a support battalion.  It moved to Italy with the division taking part in the Salerno landings, capture of Naples, Volturno Crossing and Mont Camino.  On 10 March 1944, it left the 46th Division  and once again joined the 4th Division. It was reconfigured as a machine gun battalion  on 7 June 1944 and remained with the division for the rest of the war.  It fought at Cassino II, Trasimene Line, Arezzo, Advance to Florence and Rimini Line. In December 1944, it moved with the division to Greece where it remained until the end of the war 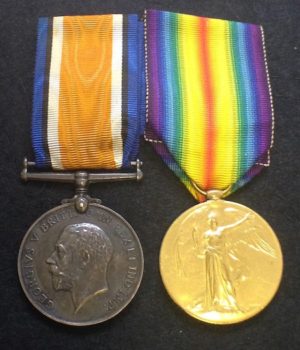