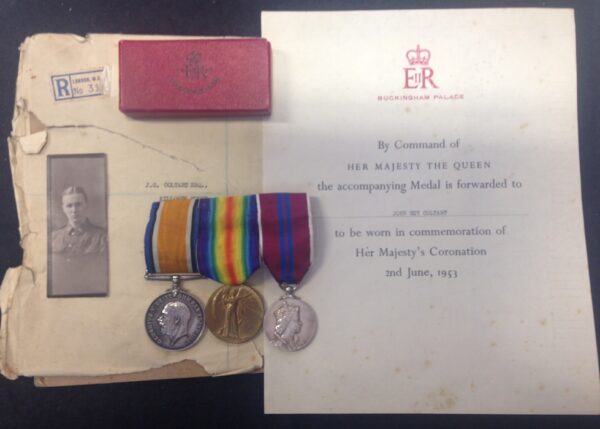 With original award certificate for the Coronation medal, named to John Guy Coltart. with its original envelope and box of issue for the medal.

His Medal index card confirms entitlement to a pair only for the first world war.

A photograph with the group and the back states that it is of John Guy Coltart, who was born 8th November 1892 and died 2nd September 1957. However the collar badges he is wearing are for the Scottish Horse?

Scarce with the original issue certificate for the coronation medal.