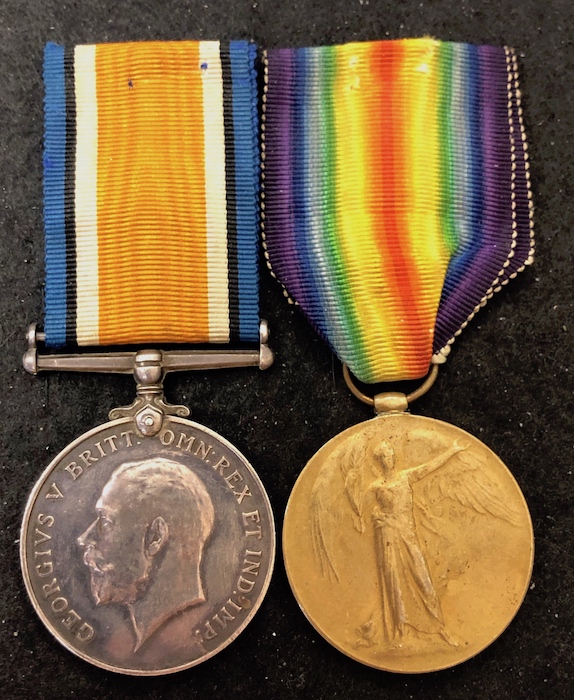 Edward Thorpe Bramley was born on the 26th February 1887. His papers show he enlisted on the 22nd February 1916 into the Royal Flying Corps and was discharged on the 30th April 1920.

16 Squadron was formed at Saint-Omer, France on the 10th February 1915 from elements of Nos. 2, 6 and 9 Squadrons. It immediately began fighting in the First World War under Hugh Dowding, and for some time was based at the aerodrome at the Beaupré-sur-la-Lys Abbey in La Gorgue.  For the rest of the Great War, the ‘Saints’ were deployed throughout Northern France and operated a mixture of aircraft including Bleriot XI, Martinsyde S.1 and Royal Aircraft Factory B.E.2c on offensive patrol and tactical reconnaissance duties. Disbandment occurred on New Year’s Eve 1919.

In September 1915 Duncan Grinnell-Milne joined the squadron as a junior pilot, and later (1933) published an account of his time in the squadron. His portrait of Dowding (who when the book was originally published had not then attained his later fame) is unflattering.

Condition GVF, Some edge bruising / nicks, only affecting the B of his surname.