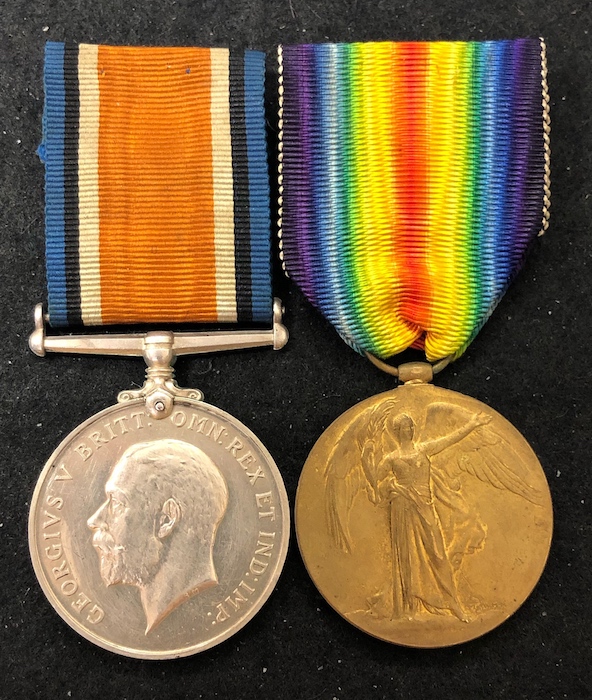 No. 90 Squadron was formed as a fighter squadron of the Royal Flying Corps at Shawbury in Shropshire on 8 October 1917, moving to Shotwick in North Wales on 5 December 1917. It was equipped with a variety of types, including the Avro 504, Royal Aircraft Factory F.E.2b, together with a number of Sopwith Pups. The squadron was intended to equip with the new Sopwith Dolphin fighter, and was intended to become operational in France in the spring of 1918, but although it received a few Dolphins in July 1918, it disbanded at Brockworth, Gloucestershire on 3 August 1918 without becoming operational.

His papers confirm his entitlement to a pair for ww1 service.