The Africa General Service Medal (1902-56) was introduced to replace the growing number of medals for service in “small wars” in Africa – the East and West Africa Medal of 1887-1900 (with at least 20 separate clasps), the Central Africa Medal of 1891-98 (with or without clasp) and the East and Central Africa Medal of 1897-99 (with up to four clasps). The aim was to rationalise the system and produce only one award for general service in Africa. The majority of the 45 clasps eventually issued were for service in the last stages of the conquest of Nigeria (before 1908), for “punitive expeditions” around the Great Lakes of East Africa and for a range of smaller, individual operations prior to 1920. No AGS medals were awarded during the reign of George VI but the medal was belatedly revived with clasp Kenya for operations against the “Mau Mau”, 1952-56.

No fewer than six clasps were awarded for service in Somaliland over the long period of 1901 to1920. Strategically located on the Horn of Africa and the approaches to the Red Sea, Somaliland became a perennial thorn in the side of the British administration of East Africa because of the policies of the renowned Somali leader, Mohammad ibn Abdullah Hasan, known to the British as “the Mad Mullah”. His aggressively anti-British activities led to a whole series of “punitive expeditions” into Somaliland, resulting in the award of the AGS with “area” clasps – the rare Somaliland 1901, then Somaliland 1902-04 and Somaliland 1908-10 for the extensive operations over those years and the final general clasp Somaliland 1920. One clasp, Jidballi, commemorated a single pitched battle on 10th January 1904.

AGS with clasps for Somaliland 1902-04 and Jidballi.

One other clasp was awarded for service in Somaliland – the rare Shimber Berris 1914-15 – and it was for quite a different type of operation, in the form of a small, targeted “strike” against one particular objective. With the World War going on, small-scale colonial campaigns dropped out of view and could attract little in the way of significant military commitment – but some still had to be fought. In 1914, it was decided that the “Mullah” was again becoming a threat and was heavily fortifying his main base in the remote mountains of Shimber Berris. At over 2450 meters, Mount Shimber Berris (now commonly spelled simply Shimberis) is the highest mountain in Somlaliland, lying in the Surud Mountain Range in the Maakhir region of northern Somaliland. The area was deemed to be sufficiently remote and difficult to render a successful attack unlikely. 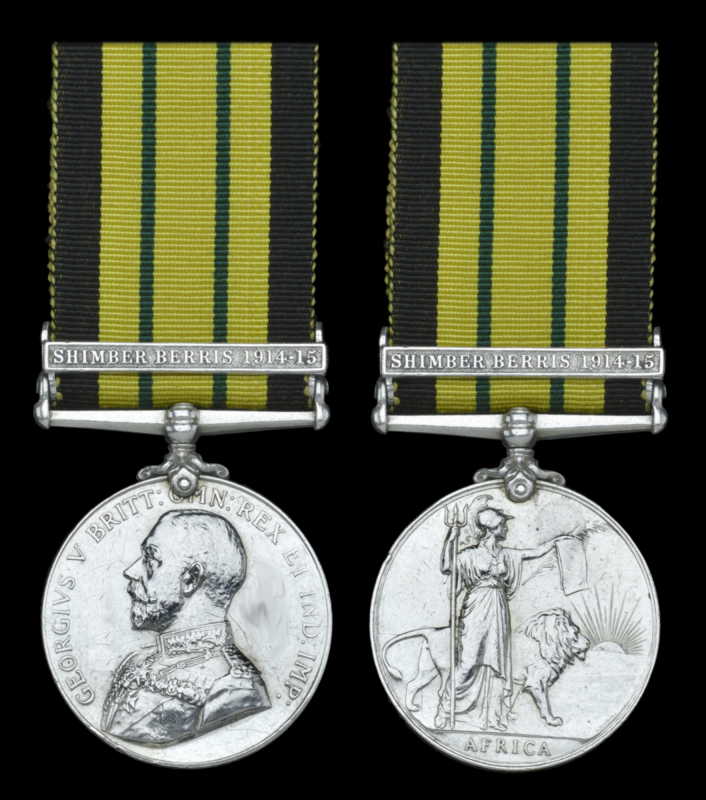 The commander of British forces in Somaliland was a Royal Artillery officer, Lt. Col. Thomas Astley Cubitt, DSO. Because of the constantly disturbed state of Somaliland, an Indian Contingent was more or less permanently based in the country – part of the 73rd Carnatic Infantry, for example, was on the north coast at Berbera – and Indian troops could be drawn from Aden if required. But with greater wartime demands elsehwere, the Indian government was not anxious to draw valuable forces into Somaliland in 1914 and the newly-raised Somaliland Camel Corps was intended to do most of the fighting, as and when required. 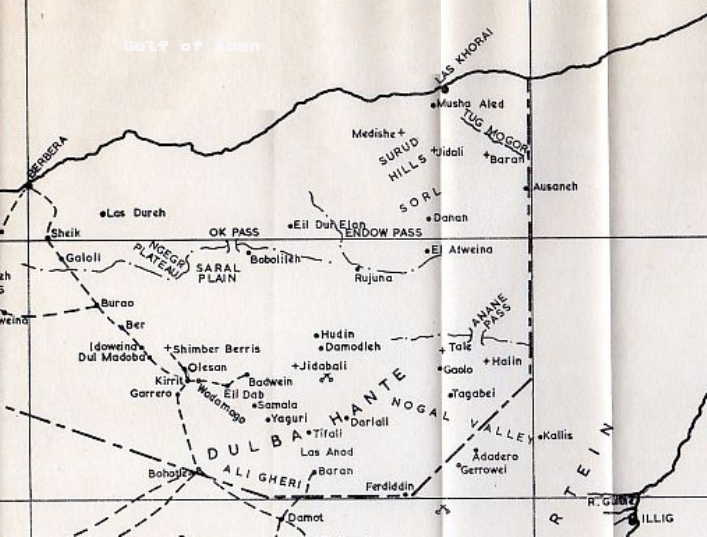 As 1914 progressed, it became apparent that Mohammad ibn Abdullah Hasan was creating an unusually well-built fortress base at Shimber Berris, centred on the construction of a series of strong and interconnected stone blockhouses or towers which lay on a plateau overlooking the entrance to the Ain valley and its important wells. The forts were made of cemented stone, with loop-holed walls 8-12 feet thick and capable of holding up to 50 men each. Fields of fire had been cleared around their bases.

Cubitt decided in November 1914 that these defences, as a potential focus for resistance, had to be destroyed. On 17th November, from an advanced HQ at Burao, Cubitt led a small column of 14 British Officers with 520 Indian and Somali troops to Shimber Berris, reaching the nearest forts after a hot and waterless two-day march. The first fort quickly fell to a frontal assault by Indian soldiers, since its garrison had no time to take position but the second gave a clear impression of what Cubitt was up against. Three unsuccessful attacks were launched by the Camel Corps, with two officers wounded, before a fourth assault was made directly at the fort’s doors. Six officers and eighteen men tried to force the door – which was raised off the ground – before they too were driven off by the defenders, who not only fired from their loopholes but hurled insults at them as well! The most famous casualty of this attack was Captain A. Carton de Wiart (later VC) who, having been wounded in the first assault, was now wounded in the eye and forever after wore a black eye patch. A fourth attempt by twelve Indian and Somali volunteers was equally unsuccessful. Cubit realised by this time that the forts were too strong for his lightly-equipped column to deal with and temporarily withdrew whilst artillery was brought up from Burao.

Six days later, on 23rd November, Cubitt directed another attack against the second fort, this time supported by the fire of a 7-pounder mountain gun. But its shells made no impression on the thick walls. However, the experience of being shelled was too much for the Somali defenders, who suddenly streamed out of the fort and fled. Attention was then turned to the third fort, with the same result. But most of the fleeing defenders headed for strongly-defended caves nearby and Cubitt felt unable to follow up. Attempting to demolish the forts he had captured without adequate explosives, he found that he could make no impression on them and, short of water and supplies, in the end simply ordered his force to return to Burao. 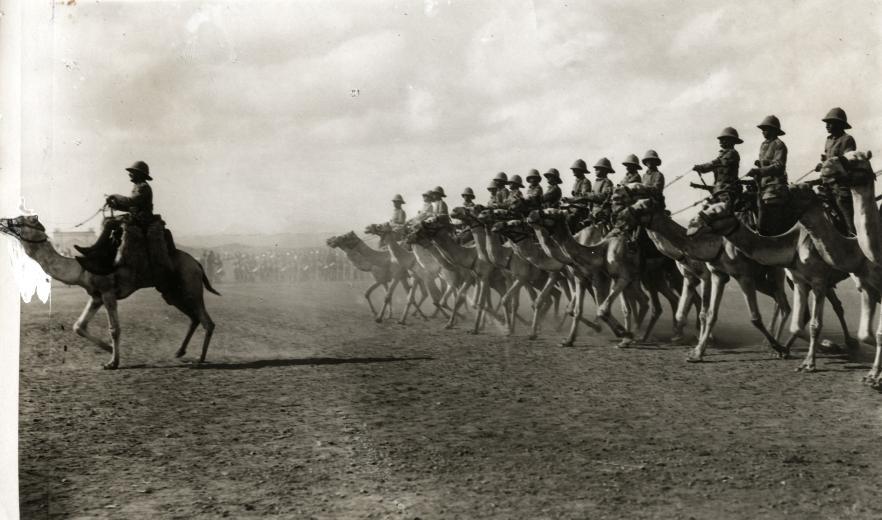 Cubitt’s first attempt – and the first action of the Somaliland Camel Corps (left, in 1914) – had not been very successful. He had underestimated the size and strength of the enemy forts and in the process lost one officer and five men killed and two officers and 25 men wounded. But since the forts were immediately reoccupied and repaired by the Somalis, their original threat remained and Cubitt decided on a second attempt, using a larger force. The next column would comprise 15 officers, 570 Indian and Somali soldiers, six machine guns and two 7-pounder mountain guns. More importantly, Cubitt had requested the services of demolition specialists from Aden and had been sent a party of 12 men of the 23rd Sikh Pioneers under Captain W. A. H. Bird (medal group shown below). These brought adequate supplies of gun cotton to make sure that actual demolition could be effected once the forts had been taken.

On 2nd February 1915, Cubitt took his column south of Shimber Berris and on the 3rd sent two columns to assault the forts on the plateau. To his surprise, Cubitt found these forts abandoned – though the nearby caves were occupied by snipers – and the Sikh Pioneers effectively demolished them with gun cotton. Leaving a force on the plateau, Cubitt next turned his attention to two forts covering the approaches to a ravine, with a third at the far end. A company of infantry was sent against each of the two flanking forts, which were taken with comparative ease but the third proved to be the largest and most formidable structure in the defensive system.

While his two mountain guns fired on the caves in the ravine, to keep down the snipers based there, Cubitt ordered the third fort to be surrounded. This time, a good old-fashioned demolition party did the trick. Captain Bird and his 23rd Pioneers rushed forward under heavy fire to lay gun cotton charges against the lower walls of the fort. The result was spectacular, with one complete face of the fort blown down and the garrison buried in the rubble. Captain Bird was “mentioned” for his leadership and two of his Sikh Pioneers were awarded the Indian Order of Merit, 2nd Class, for their gallantry in laying the charges under fire – Naik Sher Singh (who was badly injured but continued with his work) and Havildar Teja Singh who “coolly placed a charge of gun cotton, arranged the fuzes correctly, fired the charge and enabled the demolition to be carried out successfully”. The sight (and presumably the sound) of this demolition really ended resistance – the Somalis fled from the caves and the two remaining small forts were quickly abandoned. By early the next day, the entire area was found to be devoid of any Somali enemies. 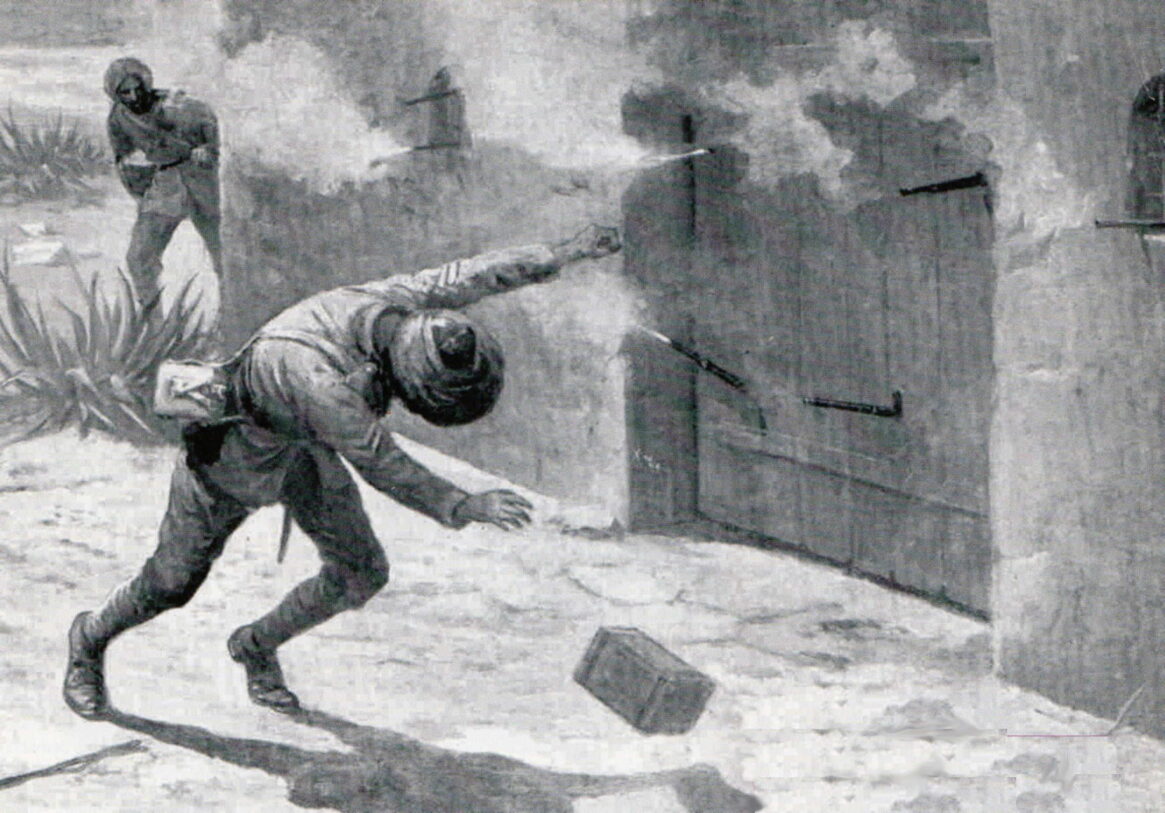 Naik Sher Singh, 23rd Sikh Pioneers, placing an explosive charge at one of the fort gates at Shimber Berris. He was severely wounded and received the Indian Order of Merit.   [“Deeds that Thrill the Empire”]

This second, successful attack on the fort system had cost fewer casualties – three men killed and one officer and ten men wounded. It had eliminated the potentially dangerous focus for the Mullah’s activities in what he had regarded as an impregnable fortress and its destruction had a real effect on the Somalis. To retain some control over the area a contingent of levies was based in and around the Ain valley, with stronger military posts at Burao and Ber. 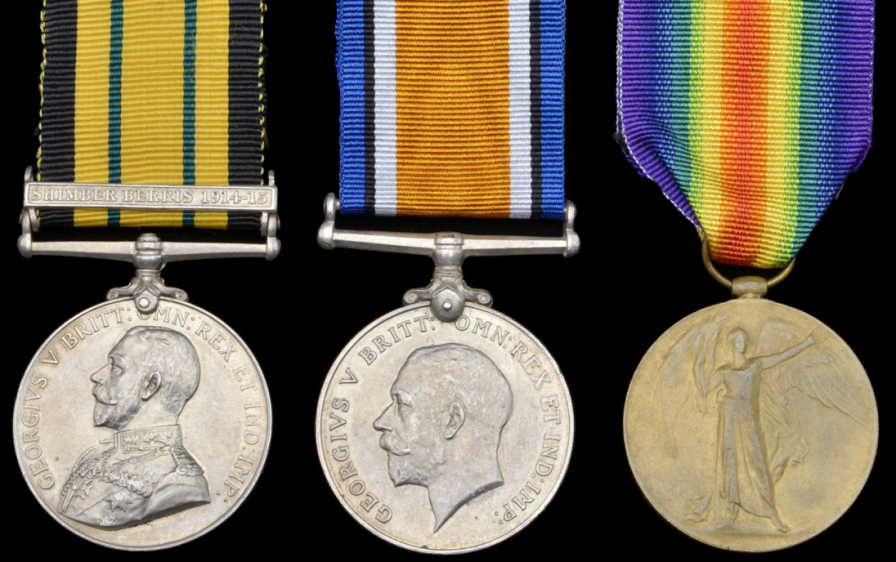 Group to an Indian sepoy serving with the Indian Contingent

But the demands of the World War almost immediately ended any prospect of further, conclusive action against the Mullah. With the Ottoman threat to Aden and demands for troops elsewhere, the Indian government ordered all offensive activity in Somaliland to cease. Apart from a few defensive forays by the Camel Corps, responses to hostile raiding, little was done during the rest of the war. Thus it was that in 1920, with the overwhelming demands of the World War over with, a full-scale operation could again be waged against the greatly strengthened forces and bases of the Mullah, which had been developed without opposition during the war. This major campaign, which involved significant naval, Indian and Somali forces, as well as air power for the first time in Somaliland, led to the award of the Somaliland 1920 clasp and was the final throw of the dice against the Mullah. After leading the British authorities a merry dance over more than twenty years, Mohammad ibn Abdullah Hasan apparently succumbed to nothing more than the influenza epidemic which was sweeping the world. He died on 23rd November 1920 and is today understandably revered as one of Somalia’s great nationalist leaders.

The AGS with clasp Shimber Berris 1914-15 might be regarded as easily earned. It was given for participation in either or both (and most men seem to have done both) of the attacks in November 1914 and February 1915. It was a medal earned for just a few days fighting of a very “old fashioned” kind (albeit under harsh conditions) at a time when epic causes were being fought out in Europe and elsewhere. But it is a rare award and another example of the fact that control of an empire required almost constant military activity “on the spot” even when there were much greater events to divert attention.

In his African General Service Medals, R.B. Magor claims that 821 clasps were awarded. Of these about 300 went to Indians, 30 to the Sikh demolition party and 457 to the Somaliland Camel Corps.

They are sometimes seen to Indian soldiers of the Indian Contingent but are otherwise rather rare.

The clasp Shimber Berris 1914-15 to European recipients, civil and military, is extremely rare, with only 21 known to have been awarded. Some of its recipients went on to great things.

The roll for these is :

[-] Sanderson, Secretary to Commissioner for Somaliland. Died in 1916.

Of these, Lawrence, Symons and Hornby only served in the 1914 phase of operations.

Some of the above were Mentioned in Dispatches for the campaigns, excepting Archer, Sanderson, Eales, Davidson, Johnston, Kingdom, Symons, Colquhoun and Hornby.

The combination of 1914-15 Star with the Shimber Berris clasp is excessively rare. Of the above 21 men, only Capt. W.A.H.Bird (who qualified the Star for operations on Perim Island before the Somaliland expedition) and Carton de Wiart VC, who went on to earn the Star in France and Flanders, received both awards.