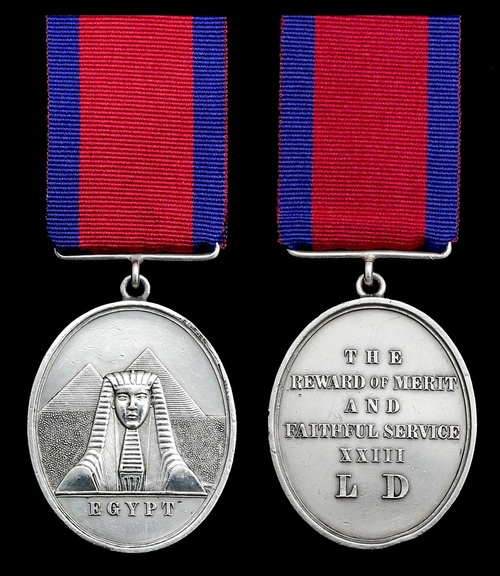 Stephen Coxens (or Coxen or Coxon) was born in Ramsgate in 1776 in the parish of St. Lawrence-in-Thanet. His father, Ebenezeer, born in 1736, was a Mariner by profession (according to his Will) and his mother was Anne, nee Holman(s). They married in Ramsgate in1763 and died in 1821 and 1819 respectively. There are Coxen memorials in the church of St. Lawrence in Thanet and a long family history can be pieced together.

The family produced daughters and seven sons, of whom six reached maturity and all were military and naval officers; two were killed at sea and one at Waterloo:

– Stephen Coxens (killed at Waterloo with the 23rd Light Dragoons)

– his brother Edward had a remarkable career as an officer for over 30 years in the Rifle Corps and Rifle Brigade (10-clasp MGS, Waterloo Medal and Punjab 1848-49); died at Meerut in 1857 shortly before the  Indian Mutiny began at that depot.

– brother Henry Conyngham Coxen – a naval officer who served on Temeraire at Trafalgar; died as Captain in 1836. Appointed lieutenant in Nov. 1803; and advanced to the rank of Commander in Oct. 1809. Later commanded the Julia.

He appears in the Army List as a Cornet in the 23rd Light Dragoons (without purchase) as of 7.12.1805 and was promoted to Lieutenant by purchase on 15.11.1808 vice Lt. Dance, promoted. Serving in Captain/Major Thomas Gerrard’s Troop (Gerrard was wounded at Waterloo), Coxens was originally reported “missing” after the battle of Waterloo and later returned as killed in action – Cornet William Hemmings was promoted in his place in August 1815. But his body was never found and the exact circumstances of his death in the battle are not recorded. 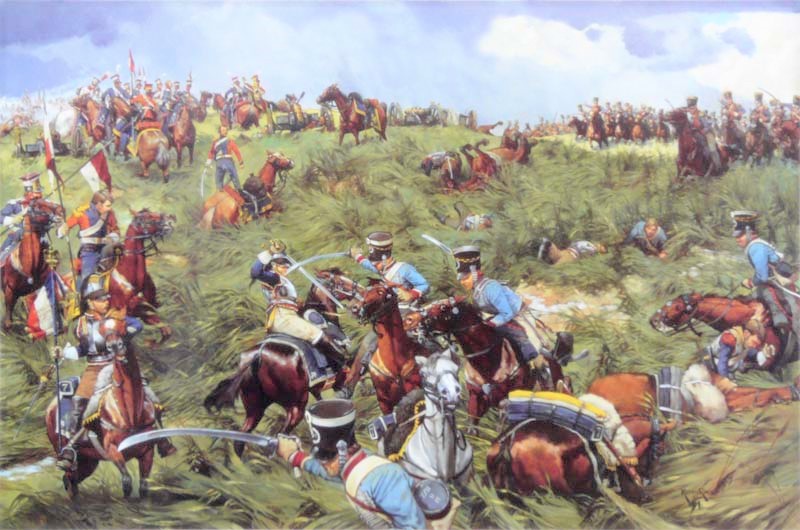 Only two officers of the 23rd left memoirs of the regiment at this time – Vet. Surgeon John Shipp and George Blathwayt. Of these, Shipp really doesn’t speak of Waterloo and Blathwayt mentions Coxen as serving with the regt. (he went to Ostend on the Cornwallis when the regt. was ordered to the Low Countries in 1815) and being with the regiment in the campaign, at the battle and being killed there. Since his body was never identified, it is possible that he had been stripped and, unrecognised, buried in a mass grave.

Coxens is recorded as serving with the 23rd Light Dragoons in the Peninsular War from June 1808 to March 1810 and as being present in their famous and disastrous charge at the battle of Talavera in July 1809; such were their losses in this action that they were sent home and did not serve overseas again until the Waterloo campaign. 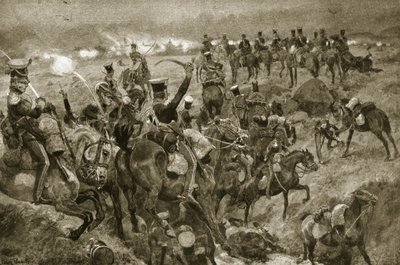 However, this element of Coxen’s career – as a serving cavalry officer – appears to be only one part of his military service. The London Gazette as early as 17th Nov. 1798 records the appointment of “Stephen Coxon, Gent.” as Veterinary Surgeon of the (then) 26th Light Dragoons; he is recorded elsewhere (e.g. Trumpets of Glory by Ernest Gray) as serving with the regiment in Egypt under Sir Ralph Abercromby in the 1801 campaign. It is possible, given his date of appointment, that Coxens served elsewhere overseas with the regiment, which was re-numbered as 23rd L.D. in March 1803. They served in Portugal 1798-1800, Egypt in 1801 and gained further honours at Corunna and Talavera. 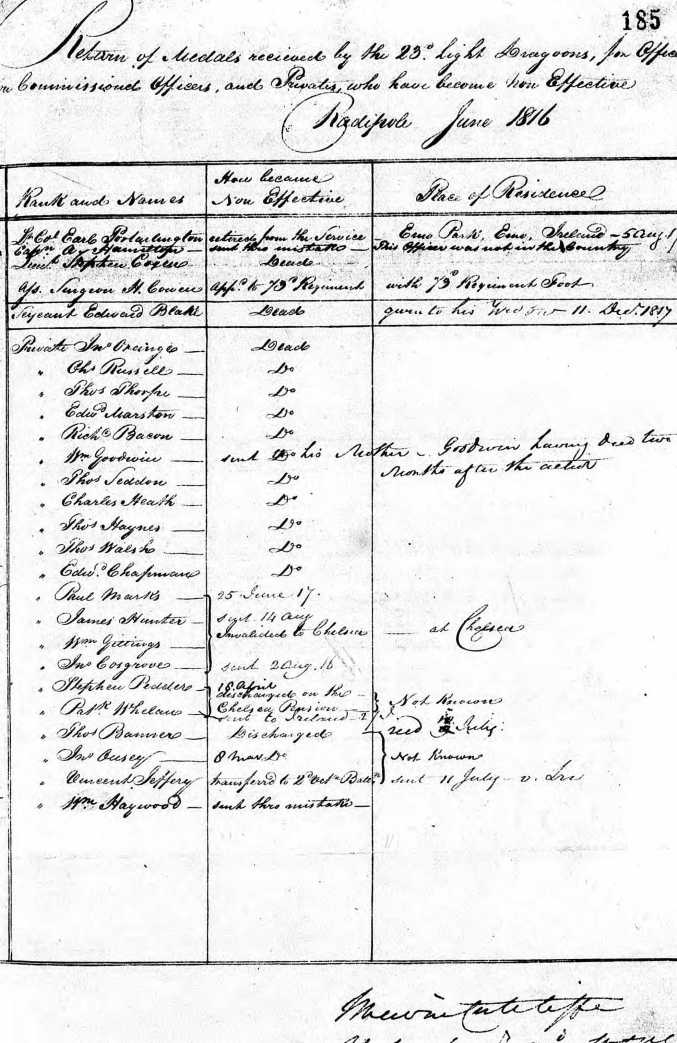 A glimpse at the Army List before 1805, when Coxens was appointed Cornet “without purchase”, shows that an officer named Stephen Coxens was Veterinary Surgeon of the 23rd (previously 26th) Light Dragoons and upon his retirement was replaced by the famous John Shipp – regarded as the first Veterinary Surgeon in the British Army (appointed 1796) whose appointment is still commemorated as “John Shipp Day” by the Royal College of Veterinary Surgeons. Shipp served – alongside Coxens until the latter’s death at Waterloo – until the disbandment of the 23rd at Radipole Barracks on 24 November 1817.

One wonders whether the former Vet. and his successor were close friends, consulted each other and discussed cases together – it must be likely. Regrettably, Shipp left no record of this. But it seems beyond coincidence that Vet. Surgeon Stephen Coxon of the 23rd LD and the officer killed at Waterloo in that regiment were the same man.

With vet. John Shipp, Coxens is thus ranked amongst the earliest recorded Veterinary Surgeons in the British Army. Why he chose this profession and where he trained are as yet unresearched, as is the reason for his transfer to the regular side of the service as an Ensign in the same regiment

The only medal to Coxens to have surfaced is the regimental medal of merit for the 23rd Light Dragoons, named to him, which recently appeared in a London auction. His Waterloo Medal is said to have been “sent to his friends” – which seems unlikely given the criteria of award – and his brother is said to have received his ‘Prize Money’ for Waterloo – £34. 14s. and 9d. which was sent to a ‘Captain Coxen, R.N.’; this was the standard prize money awarded for officers of his rank. Coxens’ parents were granted an official government pension of £40 each per annum in 1816 as compensation for their loss and in consideration of their “advanced age and distressed circumstances”.