The Battle of Ahmed Khel 1880 : almost another disaster in Afghanistan? 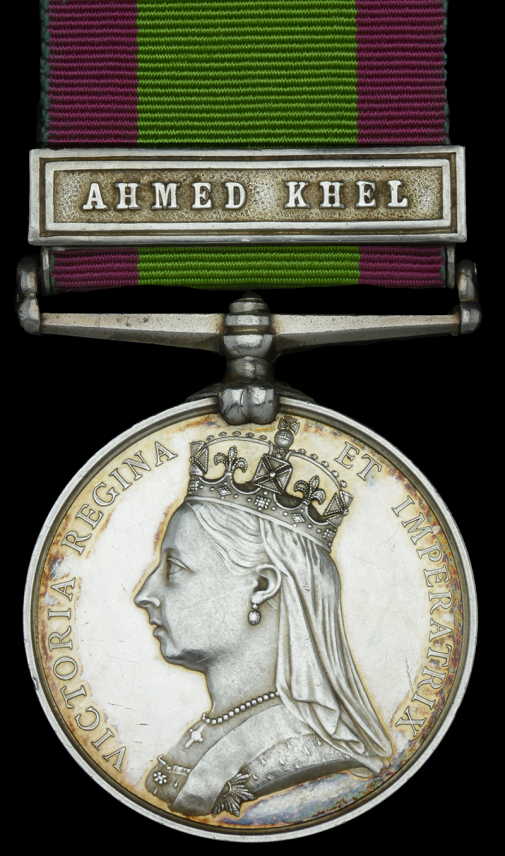 Britain has had a long and on occasions fairly disastrous relationship with Afghanistan, our recent military incursion only just ending, with a verdict on its effectiveness still awaited. Three earlier wars during the era of the Raj – 1839-42, 1878-80 and 1919 – saw some of the severest fighting experienced by British and Indian forces and on at least two occasions – the “Retreat from Kabul” in 1841 and the battle of Maiwand in 1880 – British forces suffered truly significant defeats.

The 1878-80 campaign, inspired like that of 1839-42 by the desire to fend off Russian expansion towards the frontier of India, got off to a sound start with the defeat of Afghan forces, the rapid occupation of the main centres of Afghanistan (like Kandahar, Kabul, Ghuzni etc.) and the apparent acquiescence of the population. It was just as it had been in 1839-40; and just as in the first war, it took some time for the Afghans to assemble their diverse forces and strike back. In the Winter of 1879, when all seemed calm and settled, the Afghans broke out into a major uprising, killed the newly-installed British Resident at Kabul, Sir Louis Cavagnari, along with most of his escort and attacked British-Indian bases in the country. As in 1841, the British had to decide whether to re-invade the country with much larger forces ( a very unpopular and expensive option as far as London was concerned) or simply pull out altogether. The latter was never really a choice, so Disraeli’s Tory government found itself with (another) full-scale war on its hands late in 1879. The most severe fighting that Winter was around Kabul, where a comparatively small force under Sir Fred Roberts was dangerously stretched trying to defend the British hold on Kabul and the routes to the Khyber and India. 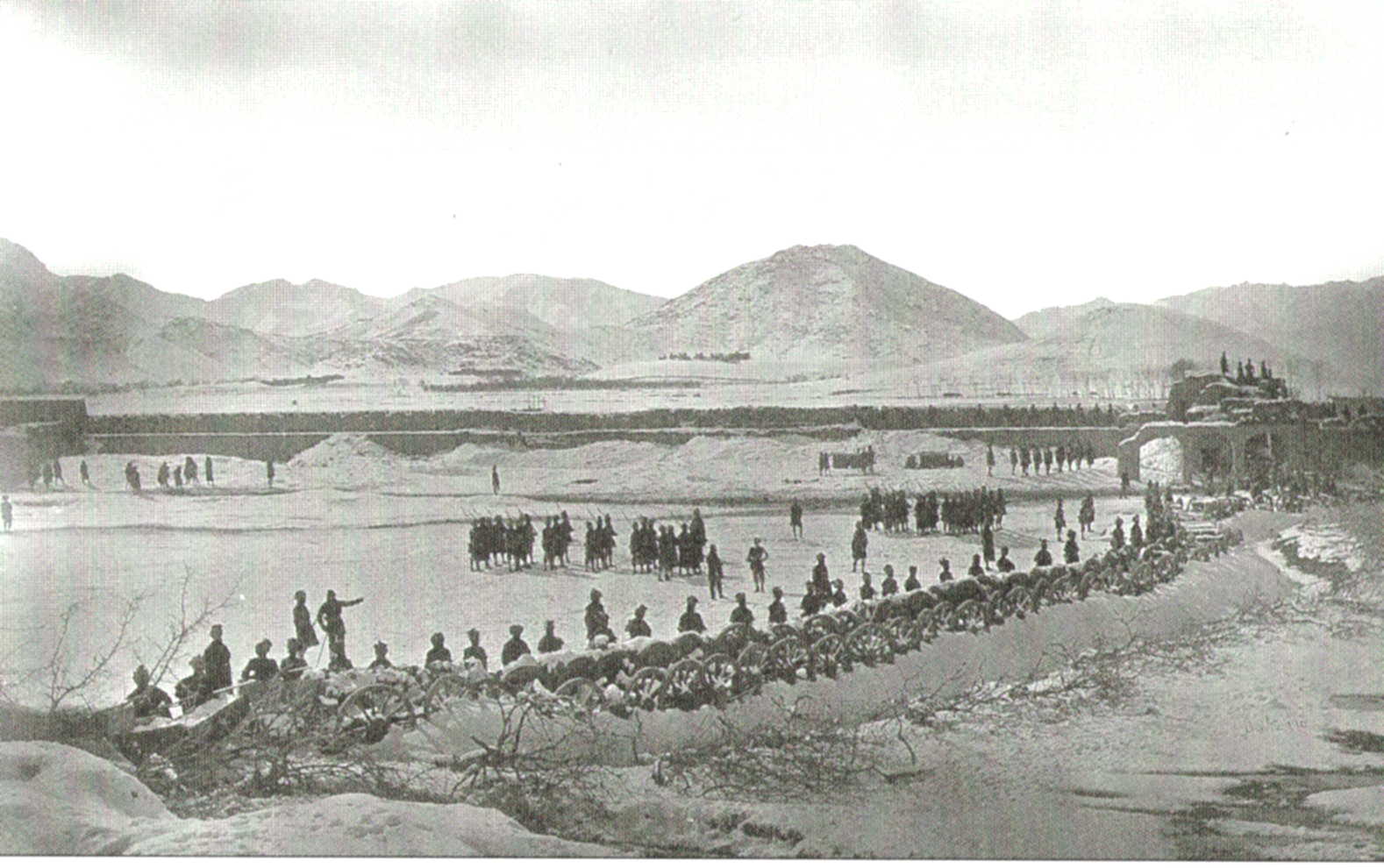 However, by the Spring of 1880, things appeared to be more stable – Roberts, despite the odds, had decisively crushed Afghan forces attacking Kabul in December, while Kandahar in the south, recently reinforced by a Division from Bombay, seemed safe enough. It was decided, therefore, that a whole Division could be spared from the garrison of Kandahar and district to be sent north to Kabul – the real centre of disaffection – to reinforce Roberts and to help to subjugate the surrounding districts.

What was designated “the Ghazni Field Force” (the fortified city of Ghazni being its first objective) began to assemble in March 1880, commanded by Sir Donald Stewart, and by 28th March was ready to move out of Kandahar. Because of the size of the force and the problems with roads, the terrain and supplies, it was to move out in Brigades, one following the other, to ease pressure on the roads and the availability of local supplies.

The force as eventually assembled comprised :

This Brigade set out first, heading for Ghazni via the Arghastan and Khuskirud valleys. It was followed on 30th March by the cavalry brigade:

Cavalry and Brigade under General Palliser:

This Brigade proceeded along the Tarnai valley. It was followed from Kandahar on the 31st March by:

In all, Stewart’s forces comprised :

It will be noticed that the combined fighting force, at around 7,200 men, was matched by the number of “followers” and was not much more than the number of transport camels! 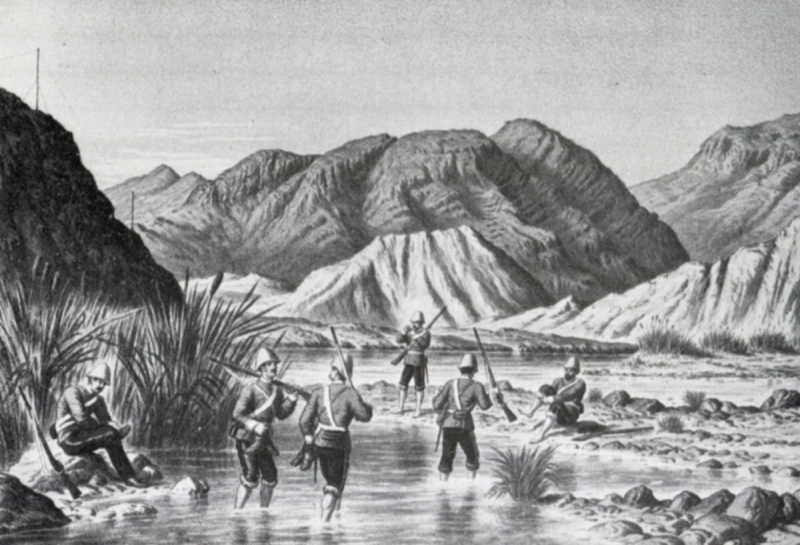 The HQ of the force reached Khelat-i-Ghilzai on 6th April, picking up some of its garrison en route, and the whole force assembled, as planned, at Mushaki soon afterwards. No opposition had been met with so far, though hostile gatherings had been seen on the distant flanks. The main difficulty was long, hot and tiresome marches, compounded by the fact that food and forage proved very hard to find – possible supplies in the area had either been looted, destroyed or carried away – and “living off the land” by finding food for the very long column and its many transport animals soon became a major problem. 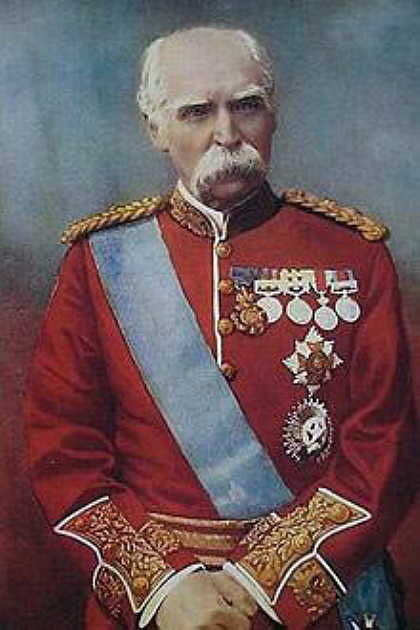 The combined field force left Mushaki on 19th April, the advance guard under General Palliser being:

Behind these came the huge baggage train, with the ordnance stores, field hospital, commissariat and engineer field park, which trailed over many miles, with detachments guarding its flanks. This was followed by the Brigade under Brig. Barter, bringing up the rear :

The length of Stewart’s entire column on the march was a staggering six miles!

The march had only progressed half a dozen miles when cavalry scouts reported large numbers of the enemy on the hills three miles ahead near Ahmed Khel, which was 23 miles south of Ghazni. At this point, Sir Donald Stewart, who had come up with the advance guard, directed the 2nd Infantry Brigade to form line on the left of the main road, in line with the horse artillery which was also deployed. The 2nd Punjab Cavalry moved to the flat and open land to the right of the line and the 19th Punjabis and Sappers were held back as a reserve. The three artillery batteries at this stage were still straggling along, in line, with the main column. Stewart immediately sent orders for Barter to hurry forward half the infantry of his rearguard and send the 1st Punjab Cavalry to join the rest of the cavalry, which would be commanded by General Palliser. 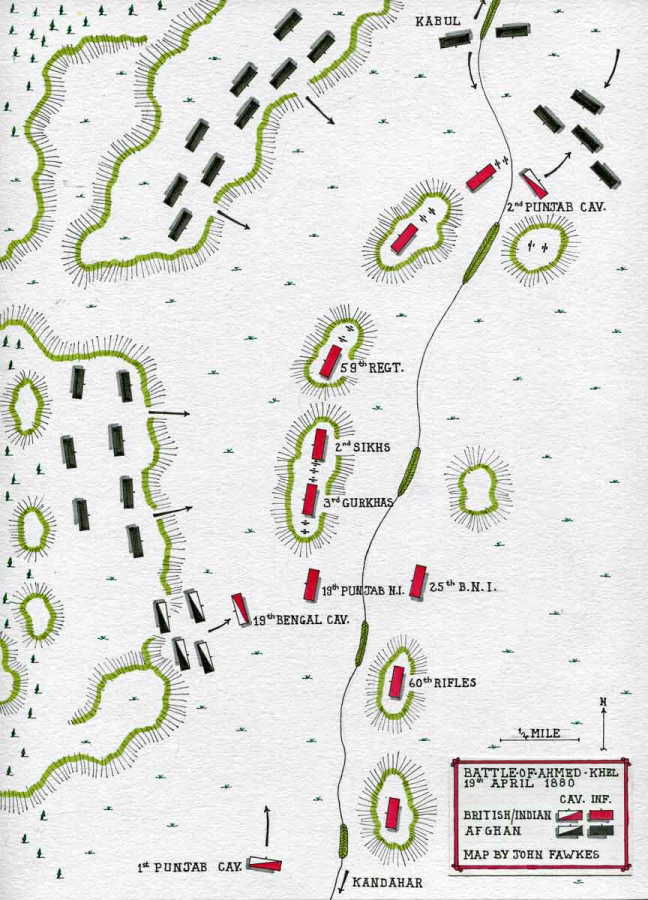 Simplified plan of the battle positions

Stewart then continued the advance towards the hills, his main infantry fighting force deployed in line, with part of the 19th Lancers covering their left flank. The hills, running parallel to the road at this point, then turned eastwards, with the road crossing them and occupied by a large enemy force, estimated at over 1,000 mounted men and perhaps 12-15,000 infantry, their line continuing for two miles to the east and thus outflanking Stewart’s direct route.

When within about a mile and a half of the enemy positions, Stewart ordered his artillery to take up positions on a series of low knolls and shell the ridges in front, while the 2nd Punjab Cavalry acted as an escort or defence force for the horse artillery and one company of the 19th Punjabis was deployed to protect G-4 RA. The infantry of the 2nd Brigade were then halted in line, to the left of the guns, facing the enemy’s right wing lining the hills. One and a half squadrons of the 19th Bengal Lancers were posted to the far right of the infantry line, as flank guard, and three squadrons of the 2nd Punjab cavalry (in addition to the other artillery escorts) covered the right flank of the gun positions. At the extreme left of the infantry line Stewart posted his heavy guns of 6-11 RA – rather removed from support. One company each of the 60th Rifles and 25th Punjabis, with part of the 19th Punjabis, was placed slightly behind the main infantry line as a reserve.

Stewart intended to order a general frontal attack on the hill positions held by the Afghans, but at 9.00 a.m., before he could launch his own attack, the Afghans suddenly surged forward, with wave after wave of swordsmen, extending far to the left and right of Stewart’s line, threatening not only to engage the main British-Indian position but to envelop both flanks and overwhelm the force. At the same time, a large body of Afghan horsemen rode along the ridge and then down onto the plain and in one mass engulfed the 19th Lancers before they could assemble to counter-charge. The 19th were forced by sheer weight of numbers back to their right rear, and pressed into the line of infantry battalions, whose line of fire they then blocked, forcing them to form square, trying to direct what firepower they could into the advancing Afghans. Things were actually critical for some time; Afghan forces from the hills now swept down from the east, threatening the right of Stewart’s embattled position, so that every man in the infantry reserve had to be brought quickly into action, the reserve of 19th Punjabis and the Sappers and Miners to bolster the left flank and the rest to support the right, around the guns. 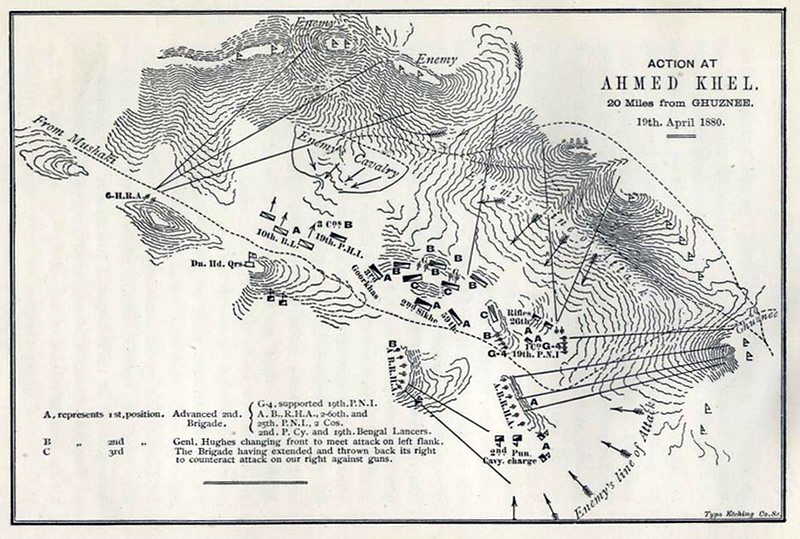 The guns were now firing case-shot and shrapnel at close range into swarms of Afghans, but neither this nor the rapid volley fire from the infantry seemed to have any effect. The 59th was ordered to retire, firing steadily as they executed the move, but causing some confusion in the firing line; however, effective volleys from the 3rd Gurkhas checked the Afghans further right and the 2nd Punjab Cavalry charged into the mass of Afghan swordsmen.

The artillery, whose cool and effective fire under pressure was highly commended by Stewart, were ordered to fresh positions two hundred yards to the rear, with G-4 placed within the infantry line and the 59th, re-deployed after their retrograde move, poured a devastating fire into the attackers. The 2nd Sikhs gallantly held their position throughout.

While this was going on, the cavalry were also re-deployed. One squadron of the 2nd Punjab Cavalry relieved the squadron of the 19th Lancers acting as gun escort and two squadrons of the 2nd PC relieved the Lancers on the left flank. Squadrons of the 1st Punjab Cavalry, who had now joined the fighting force, were pushed out to the west of the line.

Contemporary view of the battle.

By this stage, the heavy volley firing from the infantry in line was having an effect. With hundreds of their men mown down (it was estimated later that up to 3,000 were killed), the impetus of the Afghan attack began to flag. Gradually, groups were seen to fall back towards the hills, coming under fire of the heavy guns of 6-11 as they retired; this is believed to have prevented an attack on the far left and any attempt to outflank the line and attack the baggage column and rear.

By about 9.45 a.m., the action was effectively over, with Afghan forces streaming back to the hills. Stewart ordered the “cease fire” at 10.00 a.m., having been ferociously engaged for nearly an hour. By this time, the remainder of Barter’s infantry had come up from the rear to reinforce the right centre. However, what could have been an effective pursuit by the Indian cavalry was checked by the need to protect the flanks of what was still a very straggling column and its baggage.

Not surprisingly, the news of Stewart’s victory (and another in the sizeable but now forgotten action at Urzu a few days later) was warmly received in Delhi and in London; Stewart was congratulated on his effective command and, as usual, put forward a large number of “mentions” to the various units and officers who had taken part in the battle. In due course, a clasp “Ahmed Khel” was authorised for wear on the Afghan War medal in commemoration of what was a really hard-won victory which so easily could have been a defeat. 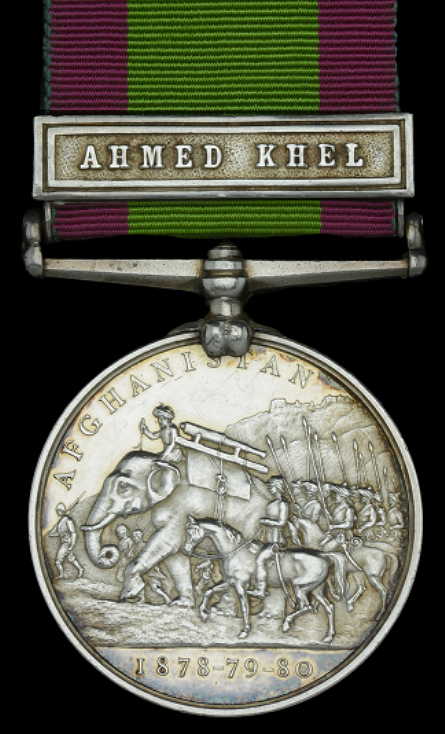 Left – reverse of medal with a mixed Anglo-Indian column on the march through mountainous terrain.

But not everyone was so satisfied with Stewart’s actions at Ahmed Khel – the first significant battle that he had actually commanded in a long career. There were a number of very critical responses to Stewart’s generalship. One staff officer, Col. H. B. Hanna, who wrote a detailed account of the war (and who did not mince his words when it came to what he considered bad generalship on anyone’s part) wrote that Stewart, far from behaving in a way that was “above all praise” had courted disaster in the way that he fought the battle and was saved rather by the discipline of the troops he commanded than by his own tactical skill. It could so easily have been an earlier Maiwand… 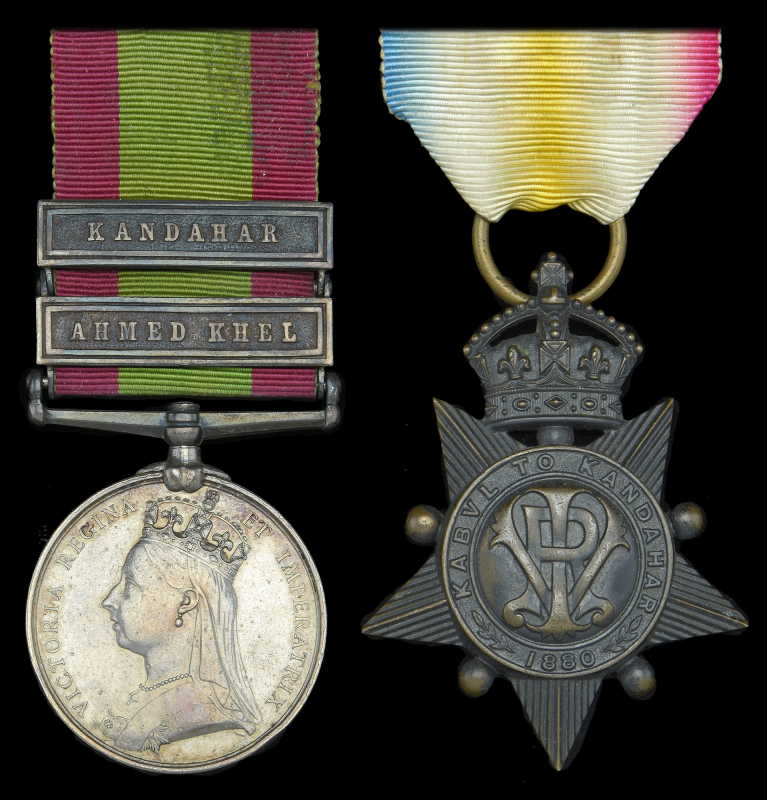 Right – Some of the men who marched via Ahmed Khel to Kabul did exactly the reverse march under Sir Fred Roberts in his famous ‘Kabul-Kandahar’ march (Aug. 1880) and were awarded the bronze star which commemorated the exploit and clasp for the battle at Kandahar on 1st September.