The Medals of Harry Shires

There recently appeared in a Spink auction two rather ordinary-looking medals but ones which masked an interesting story. The medals were the undated Egypt with clasp The Nile 1884-85 and associated 1884-86 Khedive Star. The medals had been awarded to Pte. Harry Shires.

Shires was born in Wakefield in 1862 and, a shoeing smith by trade, joined (rather strangely) the Black Watch. He served with the 1st Battalion in Egypt in 1882, earning the dated Egypt medal with clasp Tel-el-Kebir and the 1882 Khedive’s Star; he went on to serve with the regiment at Suakin in 1884 and at both battles of El Teb and Tamaai and earned two more clasps. For his gallantry at Tamaai on 13th March 1884, Hires was awarded the Distinguished Conduct Medal and also received for the same service the now rather rare 42nd Regimental Medal of Merit. Private Thomas Edwards of the Black Watch was awarded the VC for the same action.

The Black Watch were very heavily engaged at Tamaai but unfortunately the original recommendation for Shires’ DCM does not survive and the report by General Sir Gerald Graham, published in The London Gazette, is typically bland in respect of Shires, simply bringing forward his name for “distinguished coolness and encouraging [his] comrades at Tamai”. When he re-enlisted in 1915, for home service, Shires mentioned the fact that his right ankle had been “run over by a gun carriage at Tamai” – which might imply that he was attempting to save the naval guns which temporarily fell into enemy hands during the battle. 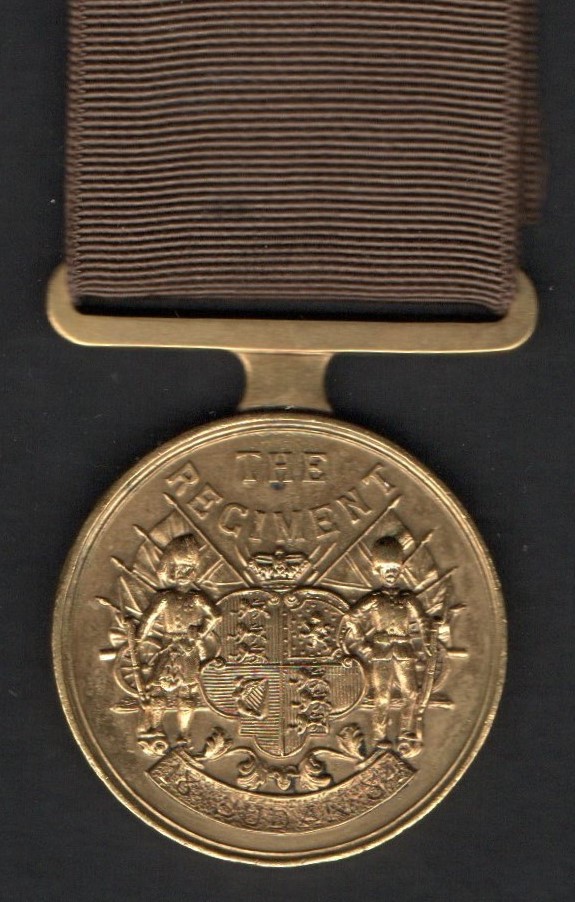 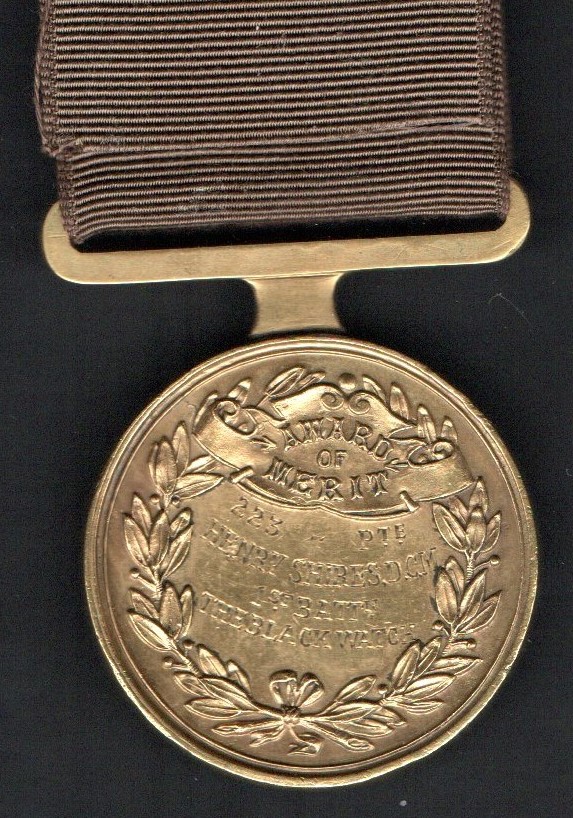 This gave Shires a medal group comprising the DCM, the 1882 dated Egypt medal with three clasps and an 1882 Khedive Star, along with the unofficial regimental award. So why was there only a later Egypt medal with single clasp for the Nile campaign? It turns out that, apart from winning the coveted DCM, 1884 was a bad year for Shires. He was twice convicted of theft from his comrades and sentenced to one year in prison with hard labour. In the process – as is confirmed in both his service record and the medal rolls – he forfeited all his medals.

Shires was released early, after being held in Cairo jail, his sentence being remitted probably because the regiment was again called out for active service, in this case on the Nile for the relief of General Gordon at Khartoum. Shires’ papers show that he joined them during the campaign, thus earning the undated Egypt medal and 1884-86 Khedive’s Star which were sold by Spink. Since this was actually earned after he had ‘done his time’ it was not forfeit as the others had been, so in fact the Nile medal was ‘officially’ his but represents only the remnant of what would have been a fine medal group, the others being lost to him. There is no sign in his papers or in the rolls that he ever reclaimed his medals or had them restored.

In 1915, Shires re-enlisted for home service in the Royal Engineers. His first set of attestation papers is what one might call “economical with the truth”. He stated that his age was 36 (he was 53), that he had no previous army service (he had served 12 years with the Black Watch) and that he was unmarried (he wasn’t). A second set of surviving papers shows that the truth caught up with him and properly declares his age, previous service with the Black Watch “in Egypt and the Soudan” and the fact of his married status.

Because of his age and physical condition, he was released from service in 1916 and seems to have served out the war with the recruiting staff in Bootle. After the war, he worked as an attendant at South Park, Bootle, and died in that town in 1933.

There is one final twist to Shires’ story. The local newspaper carried an obituary for him under the headline “Rorke’s Drift Hero: Bootle Veteran Buried with Military Honours”. The entry gives a brief account of Shires’ service and includes the unlikely statement that “while in Egypt he served with Kitchener” and, more unlikely still, that “in the South African War, he fought at Rorke’s Drift”. Needless to say, there is no reference anywhere in his records to suggest that he had ever been to South Africa, let alone serving at Rorke’s Drift! Nevertheless, he got his funeral with full military honours and was interred at Walton Park Cemetery. His single-clasp Egypt Medal, Khedive’s Star and regimental award are all that are left of what would have been a very interesting medal group.