In the period 1897-98, the frequently “troublesome” North West Frontier of India erupted in a series of disturbances the scale of which even that turbulent area had not seen before. Beginning with the “Maizar Incident” in 1896 (which led to a punitive campaign in the Tochi Valley), uprisings continued in the Tirah district and in other tribal territories like Mohmand. The result was the largest series of British punitive expeditions (in terms of men involved) that had ever been employed on the frontier. To restore order, a number of arduous campaigns was required, eventually involving over 36,000 British and Indian troops, including Indian State Forces some of whom were deployed on active service on behalf of the British cause for the first time.

One of these frontier uprisings occurred in the Malakand Pass in July-August 1897. The pass was a vitally important link in the route towards Chitral and the far northern reaches of the frontier. From the south, a narrow, winding road with a steep fall on one side zig-zags its way through a very narrow defile into the more open pass or “Crater” area; it was typical of the potentially dangerous frontier routes which could be easily blocked and easily defended by a resolute enemy, breaking communications with the north. It had already proved a difficult obstacle during the relief of Chitral in 1895.

Because of the importance of the pass and route for trade, communication and defence, the British contructed Malakand Fort at a dominant position at the summit of the pass. On the other side the road descends through the Crater and past its famous “Gibraltar Hill” via the Amandara Pass to the village of Bat Khela and continues to the Swat River valley. The first bridge across the river is at Chakdara, which carries the road into the districts of Lower Dir and on towards Chitral. A small “outlier” fort built as recently as 1895 defended the suspension bridge crossing the Swat at Chakdara.

In July 1897, the whole position was commanded by Colonel W. H. Meicklejon, CB, CMG. Apart from the usual small piquet posts scattered along the heights, the defences then comprised the main fort at the summit of the pass (manned by 200 men of the 24th Punjab Infantry), the nearby Crater Camp, defended by enclosures and wire entanglements (with 6 cos each of 24th and 45th and the 5th Madras Sappers & Miners) and an outlying North Camp, defended by No. 8 Mountain Battery, one depleted Squadron of 11th Bengal Lancers and 6 companies of the 31st Punjab Infantry. In Chakdara fort, there were 20 men of the 11th Bengal Lancers and 180 men of the 45th Sikhs under the overall command of Lt. H. B. Rattray, 45th Sikhs.. At the nearby village of Dargai, at the southern end of the pass, were another 200 men of the 31st Punjabis. 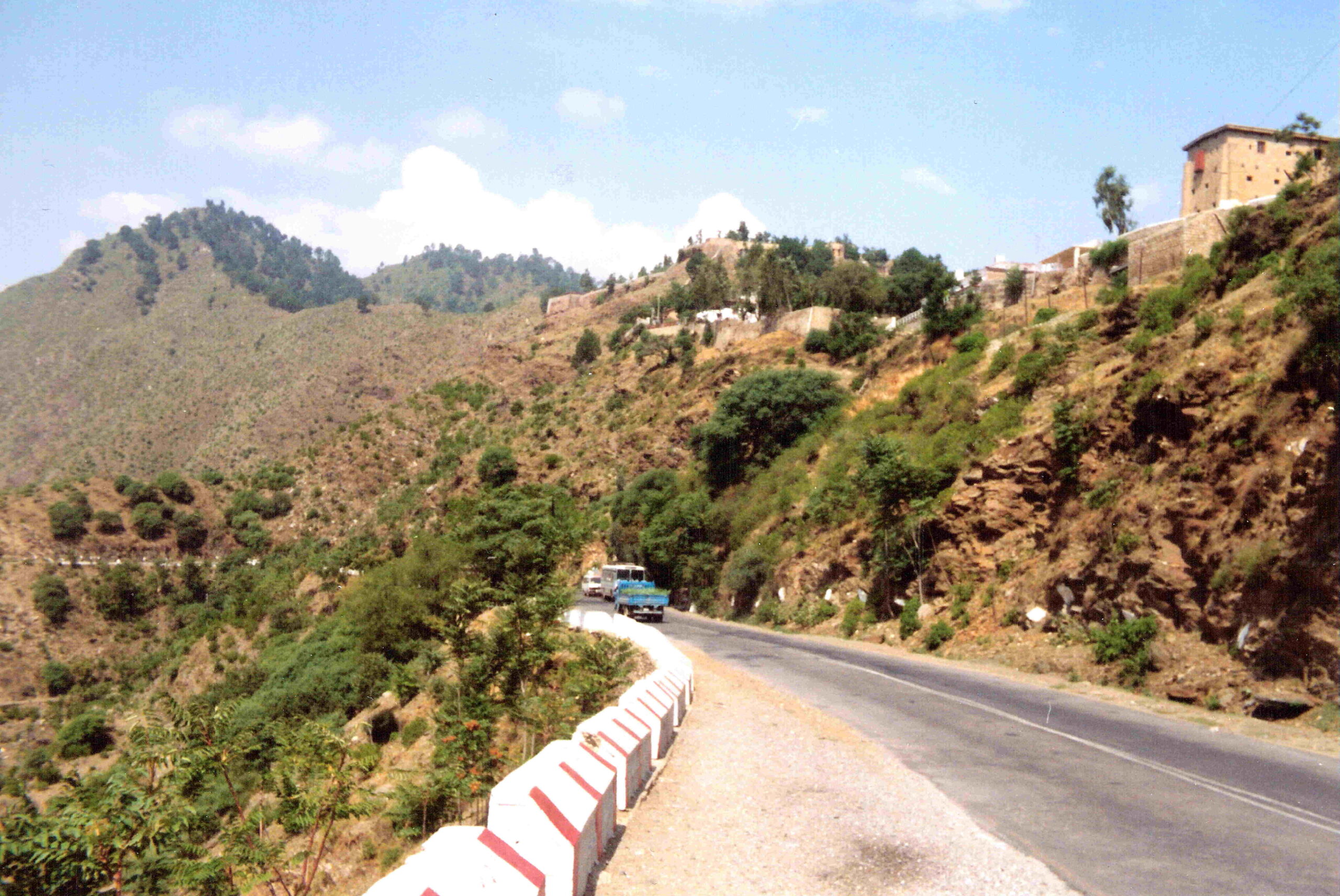 Part of the Malakand Pass and Fort (right)

The 1897 uprising began on 26 July when large–scale assemblies of tribesmen from Swat, Dir and Thanna were reported to be gathering under “the Mad Fakir” – all fakirs were apparently mad in British accounts! By 10.00 p.m. that night, having realised that it was in fact too late to sally out to block the advance of the enemy tribesmen – they were already too close – the defenders in the pass prepared for an immediate attack, which began on the Crater Camp positions soon after 10.00 p.m. and continued with some ferocity until 4.30 a.m. – a long and serious business. Next day, the garrison cavalry sortied out and pursued some of the tribesmen but as it was clear that greater numbers were assembling against the pass, Meiklejohn decided to evacuate the rather isolated North Camp and concentrate his defences at Crater Camp and Malakand Fort. Attacks continued throughout the day.

Apart from the 200 men of the 31st Punjab Infantry who could be ordered up to the pass from Dargai, the nearest sizeable military base which could respond to the crisis was at Mardan, depot town of the famous frontier fighting force, the Corps of Guides. As soon as news of a major attack was telegraphed to Mardan, a force of the Guides was immediately dispatched to the pass. Queen Victoria’s Own Corps of Guides had long been recognised as the elite unit of the elite Punjab Frontier Force. Unusual in that it comprised both infantry and cavalry elements, it was renowned for its ability for rapid response and its great marching powers. Ordered from Mardan at 9.00 p.m. on the 27 July, and setting off at 12.30 a.m., 160 men of the Guides Cavalry under their commander Lt. Col. Adams reached Malakand Fort eight hours later. 250 Guides Infantry under Lt. P.C. Elliot Lockhart left Mardan at 2.00 a.m. on the 28th and reached the Pass at 7.30 p.m. – thirty two miles covered in seventeen and a half hours in intense and crippling heat. Their achivement was commended in his later dispatch by Col. Meiklejohn. 50 men of the Guides Infantry were left to augment the force at Dargai post. Overnight, attacks on the defended positons continued unabated and the small fort at Chakdara, itself under severe attack, had to be left to its own devices.

When news of the uprising was flashed by heliograph from the fort to Dargai and Mardan, immediate steps were taken to assemble a reinforcement or relief column. The officer commanding the district (based at Rawal Pindi) was Colonel A. J. F. Reid (ex 29th Punjabis), who ordered immediate action and the response was impressively efficient. 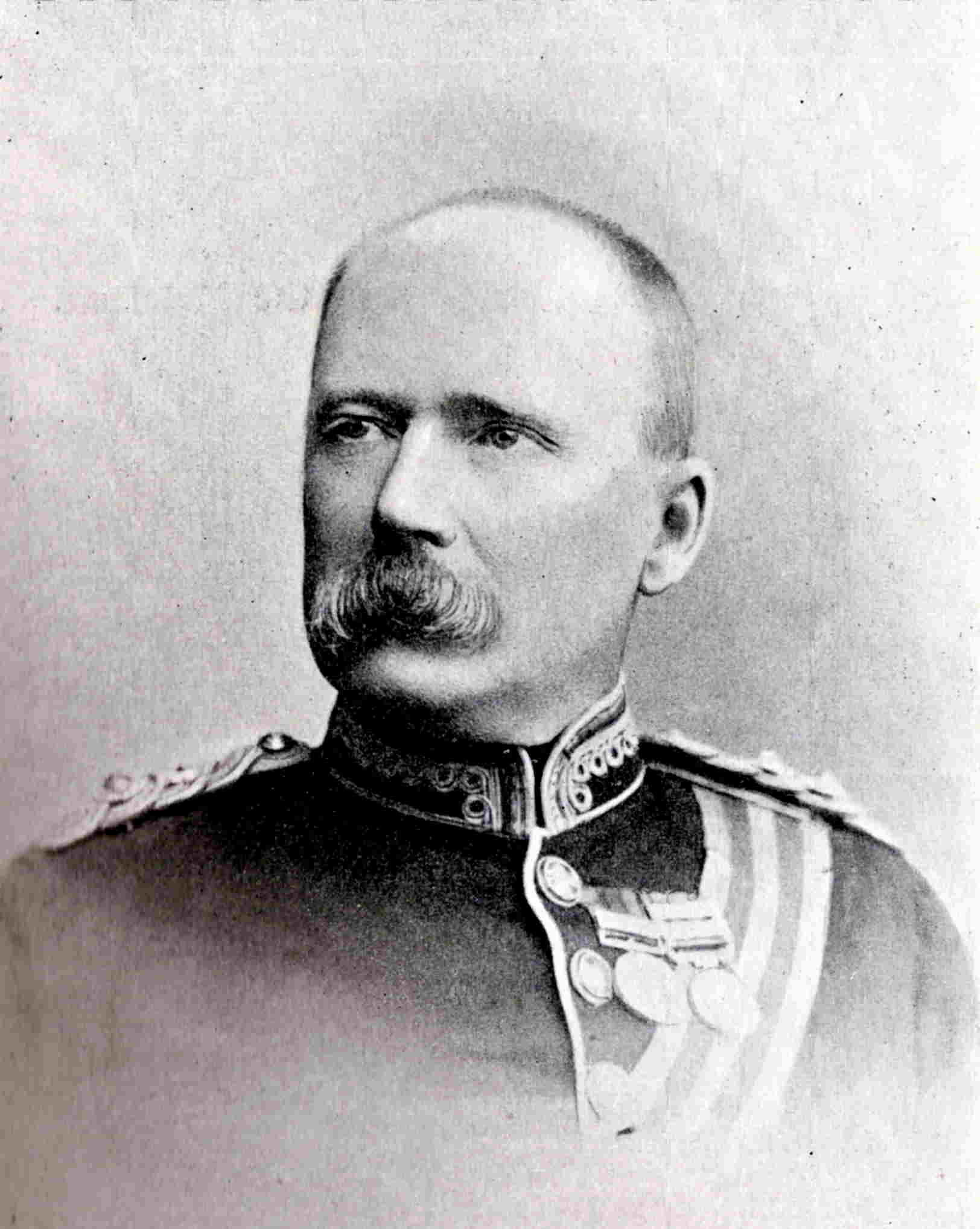 “Jock” Reid was an experienced frontier hand, with campaign service going back to the Afghan War of 1878-80 (where he was severely wounded at the Peiwar Kotal) and through a number of other frontier operations. Two squadrons of the 10th Bengal Lancers and the 22nd Punjab Infantry were ordered from Jhelum to Mardan and the Royal West Kents at Peshawar were put on alert for an advance into the Malakand. More immediately, Reid had available to him a relatively small force comprising 1 Squadron of 11th Bengal Lancers, No. 7 Mountain Battery RA, the 35th Sikhs (who were marched from Nowshera to join Reid) and the 38th Dogras. But he could not afford the luxury of waiting too long for other reinforcements to arrive.

On the afternoon 29th July – while fighting continued in the Malakand and at Chakdara – Reid’s squadron of 11th Bengal Lancers (88 men under Major Beatson), carrying 12,000 rounds of ammunition, arrived at Dargai and then pressed on to Malakand Fort. Later that day, the 35th Sikhs and 38th Dogras also reached Dargai under Reid’s personal command.

Their long march had been desperately difficult – especially in the intense heat, which had caused severe casualties even amongst soldiers who were experienced to that sort of weather; the 35th Sikhs alone lost 21 dead to heat apoplexy in a matter of hours. In fact, Colonel Meiklejohn, although still under serious attack (which was to go on all through the night of 29-30th July) but holding out, ordered Reid not to advance from Dargai until next day, simply to rest his men. 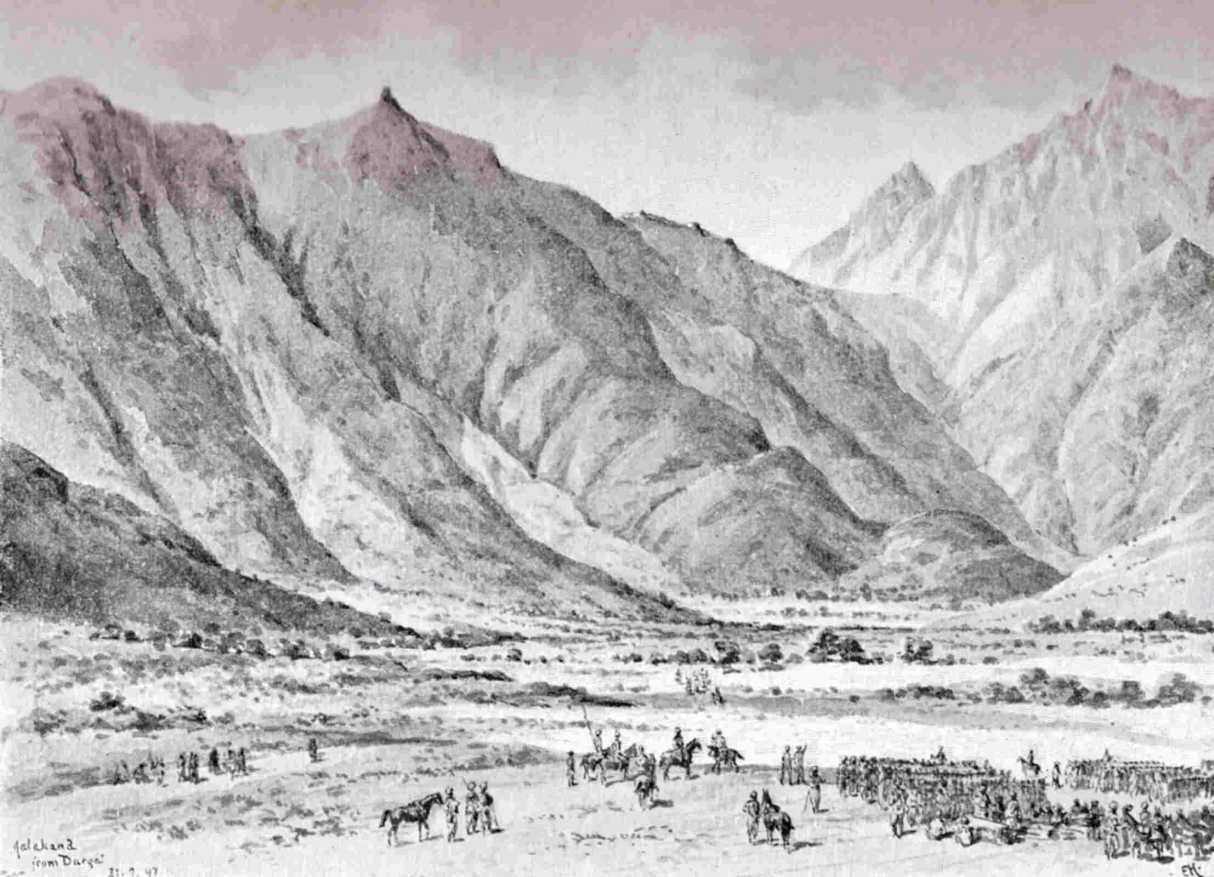 The relief force on the march.

On the 30th, the men of the 31st Punjabis who had been based at Dargai arrived in the pass, providing a valuable addition to the garrison and put to work on strengthening the damaged defences. Attacks on the positions in the Crater continued all day, but with less determination than before – tribal losses had been severe – and more reliance on long-range rifle fire than before. 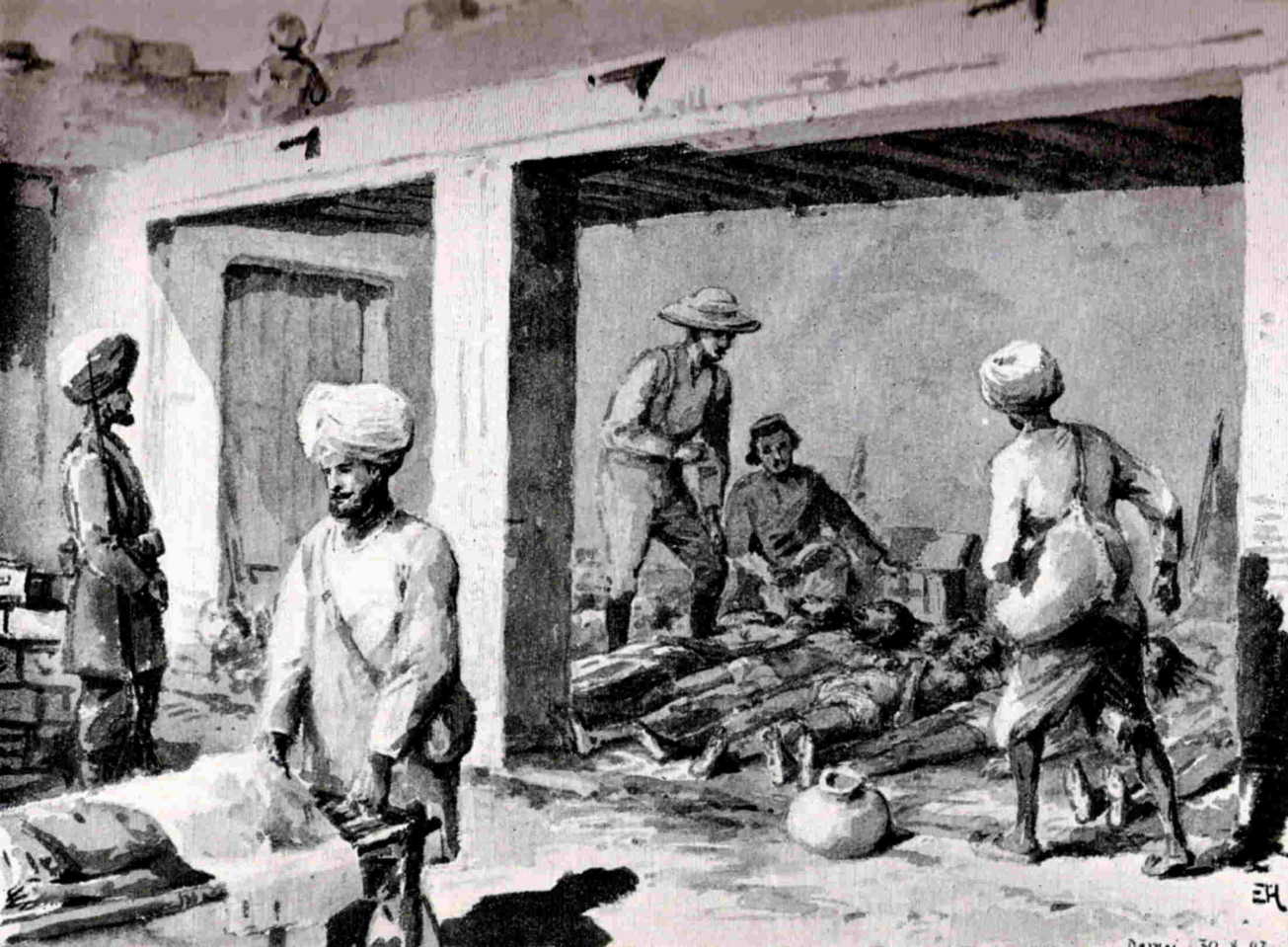 Next day, the 31st July, Col. Reid, having left 400 men at Dargai, reached Malakand Fort with the rest of his relief column, amounting now to only about 700 men, “having had a most trying march”. Fortunately, his force had faced no opposition as it struggled up the zig-zagging mountain road – an ideal spot for ambushes and blocks – since most of the tribesmen’s attacks after the initial efforts were directed from the north and north east of the defended positions (i.e. from the Swat Valley side) and nothing was done to block the main road from the southern and south western approaches to the pass from the plain of Mardan – a major tactical failure by the tribesmen.

Attempts to relieve the heavily-attacked fort at Chakdara were unsuccessful on the 1st August since the Guides Cavalry, who led the attempt, could make no progress through the tribesmen’s blocks and in face of their heavy fire and fighting throughout in the pass continued all day. But by now things had moved up a gear and more strenuous efforts were being made to put together a sizeable fighting force to take on the tribesmen. On 1st August, Sir Bindon Blood arrived at Malakand Fort to take overall command and on the 2nd August ordered out a powerful column of nearly 1200 men drawn from the defender. This fought its way from the Crater area, through the Amandara pass and Bat Khela village, reached the Swat bridge (where heavy firing from Chakdara could be heard) and finally drove away the enemy, relieving the fort after a six-day siege. The column suffered 33 casualties in the attempt. 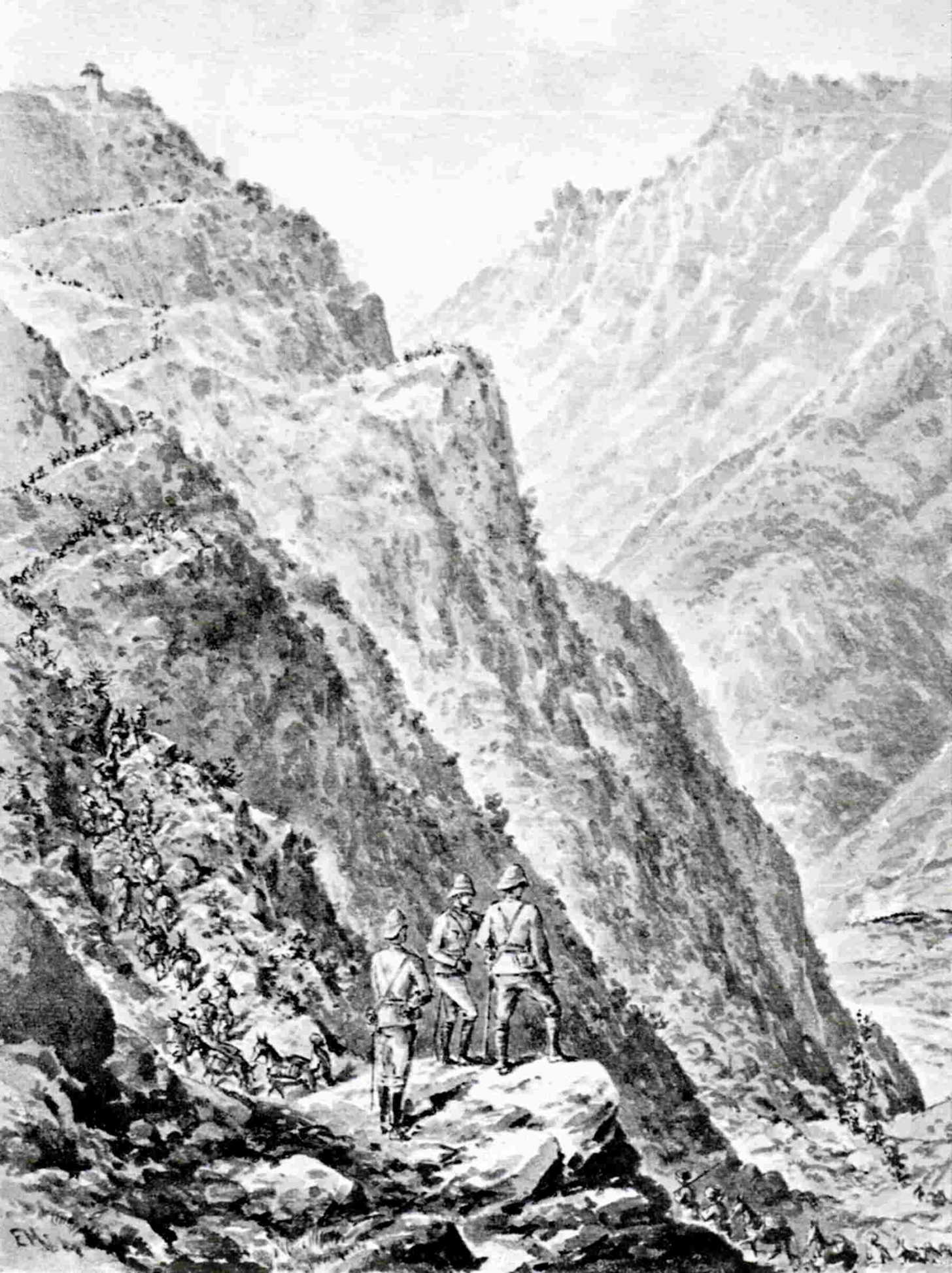 Sir Bindon’s column then returned to the Malakand Pass, finding the tribesmen dispersed, and united with Col. Reid’s recent arrivals to begin plans to launch a major punitive expedition against the tribes of the Swat Valley and the Uthman Khel. This became known as “The Malakand Field Force”; Winston Churchill served in these  operations and wrote a very fine account of the campaign in The Story of the Malakand Field Force.

After the “relief” Colonel Reid remained to command the garrison in the Pass and along the lines of communication, busy ferrying into the Malakand quantities of ammunition and supplies of all kinds and shortly afterwards commanded a column operating against the Uthman Khel; for these services he was appointed CB in May 1898. He would go on to be knighted (KCB) for his service in command of the 4th Infantry Brigade in China during the “Boxer Rebellion” just a few years later. 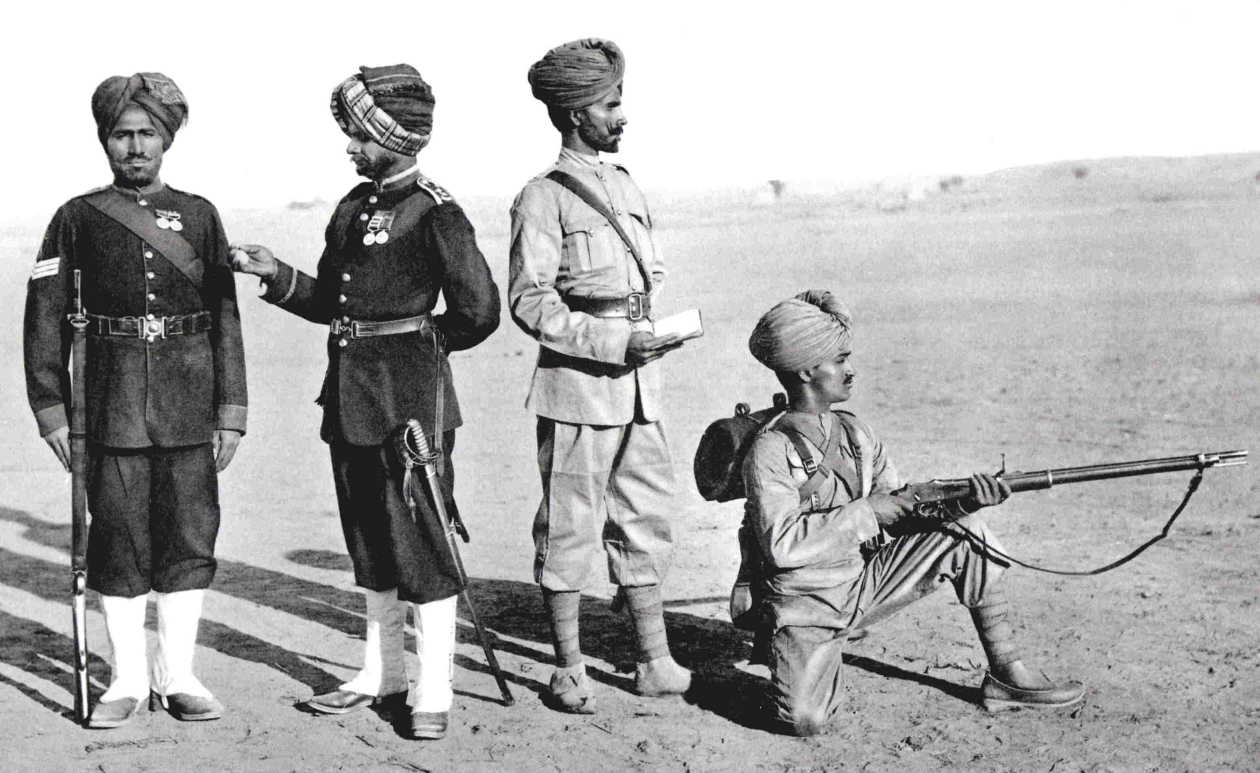 The clasp Malakand 1897 is worth having whether awarded to the defenders –in the fort, in the pass or at Chakdara – or for its relievers (who also took part in the subsequent punitive campaign). It was authorised for the “new” India General Service Medal (1895) by Army Order 77 of June 1898 (i.e. very quickly) but it should be noted that it was only awarded to the original defenders of Malakand and Chakdara forts, part of the Corps of Guides and the regiments which came up with Colonel Alexander Reid; those who served in the “The Malakand Field Force”, the subsequent punitive expedition under Sir Bindon Blood (and written-up by Churchill), were not granted this clasp but received Punjab Frontier 1897-98 for this service. The Malakand clasp is, accordingly, rather rare, though one sees it attached to the medals of Indian units which had nothing to do with the defence or relief – so buyer beware! 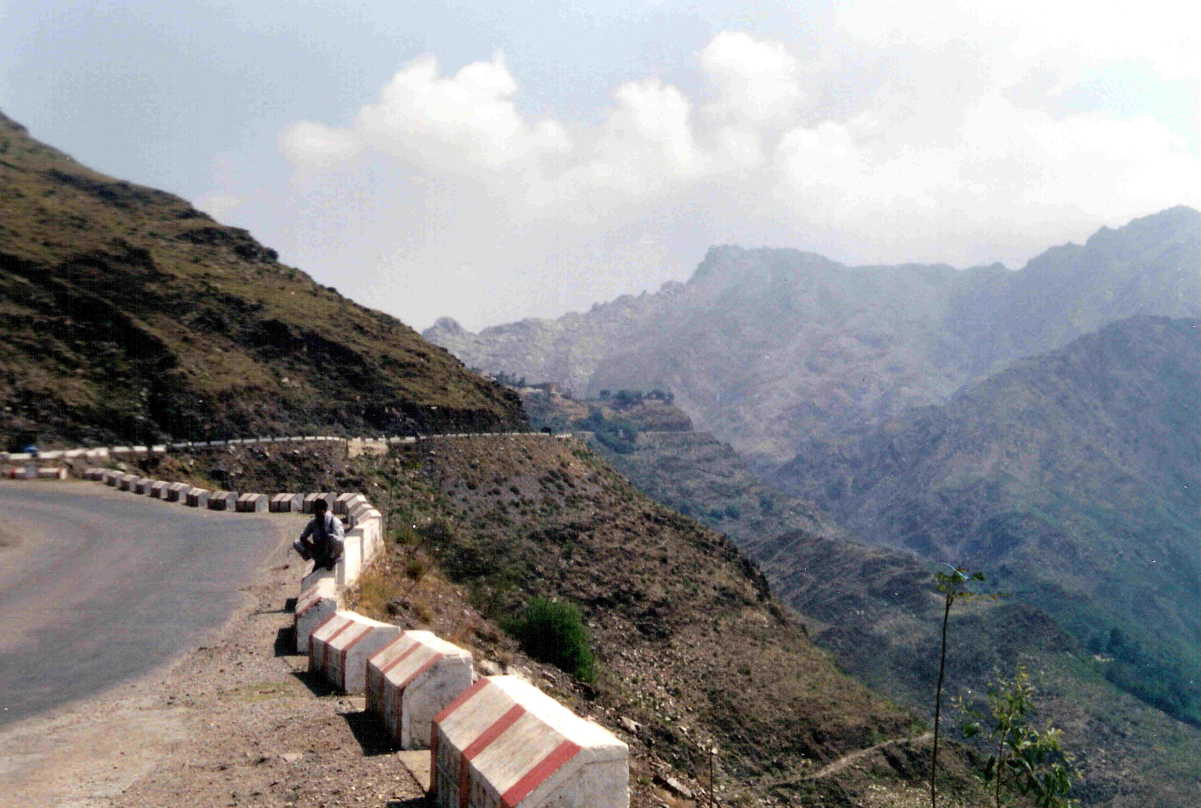