Home/Medals Articles/The Turkish “Order of Glory” – a rare medal for the Danube, 1854.

The recent appearance of a rare British group with the Turkish “Danube Medal” – perhaps only the second one identified with an officially named army medal – has prompted the following.

In the Spring of 1854, even before French and British troops had landed in the Crimea to begin the siege of Sebastopol, units of the Royal Sappers and Miners under their Royal Engineer officers were working in Gallipoli, Bulair and various potential bases like Scutari and Varna on the Black Sea, building the huts, wharves, jetties, stabling etc. which the Allied armies would soon need. 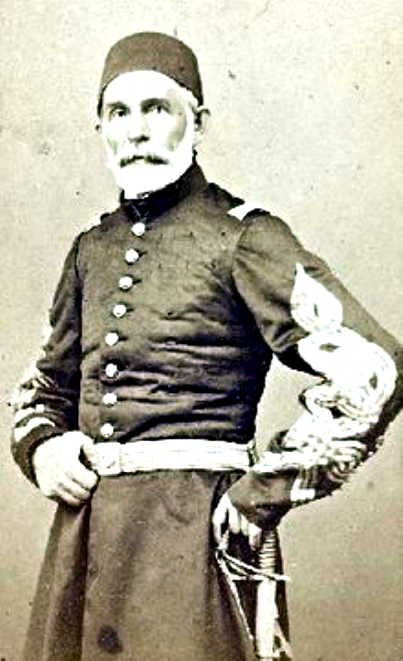 However, some of these sappers would have a rather more novel experience . By this time – nowadays much forgotten in the West – the Turks had been fighting a war in the Balkans in the “Danubian Provinces” of Wallachia and Moldavia following a Russian invasion of the area. The Russians soon pushed the Turks back to the Danube and began the long siege of the fortress-city of Silistria (Silstre). This event became one of the most famous incidents of its day – again, now rather forgotten – and the progress of the siege was closely followed in the British press. The Ottoman defenders, aided by a few British officers, put up a terrific fight and were eventually successful, resisting Russian attacks and forcing them to abandon the siege and retire. The Turko-Russian frontline then settled along the line of the Danube itself.

The highly efficient Turkish commander on the Danube front, the Croatian Omar Pasha, commander of the Army of Rumelia, requested that the allies send to his assistance a party to work on the Danube. Their job would be twofold – to man a flotilla of Turkish gunboats and to construct a pontoon bridge across the river (over 900 yards wide in places!) so that Ottoman forces could establish a fortified bridgehead and then sally out to attack the Russians.

Because of this dual requirement, two groups were sent from the British base at Varna on the Black Sea – sailors to work on the river gunboats and a party of Sappers and Miners, under Royal Engineer officers, to construct gun emplacements and the pontoon bridge. These men, in one group, travelled the 120 miles from Aladyn on the Black Sea coast on horseback – a novel and apparently highly amusing process for the sailors! – via Schumla and Rasgradt to the Danubian town of Rustchuk (Rusçuk) – one of the three most significant Ottoman fortresses on the Danube – where they were to be based. The detachment of 10th Company RSM (which had been designated as a pontoon company), under Capt. Gage, R.A. and Lieut. Pratt, R.E., started for Rustchuk on the 8th July 1854. It comprised Sergt. John F. Read, one bugler and thirty-two rank and file (=34), accompanied by fifteen French pontoneers and 35 English sailors, under Lieut. Glynn and H.S.H. Prince Leiningen, R.N.; 20 sailors led the way and 15 covered the rear.

Site of the Sappers camp at Aladyn near Varna

The story is simply told; between 13th July and 4th August 1854 (long before Allied forces landed in the Crimea) the sappers of No. 10 Company duly constructed a bridge over the Danube. Firstly, however, on the 15th, they were sent to Giurgevo (Giurgeni) on the ‘Russian’ shore and for a few days assisted to entrench Turkish positions then, on the 19th, at the request of Omar Pasha, they moved to Slobedsie and under the superintendence of Capt. Bent R.E. and Lieut. Pratt R.E. constructed a trestle bridge over Slobedsie Creek, 450 feet wide, connecting to a small island in the Danube; this despite the fact that as many as fifteen men a day had been ill during the operation, which was completed on the 25th. 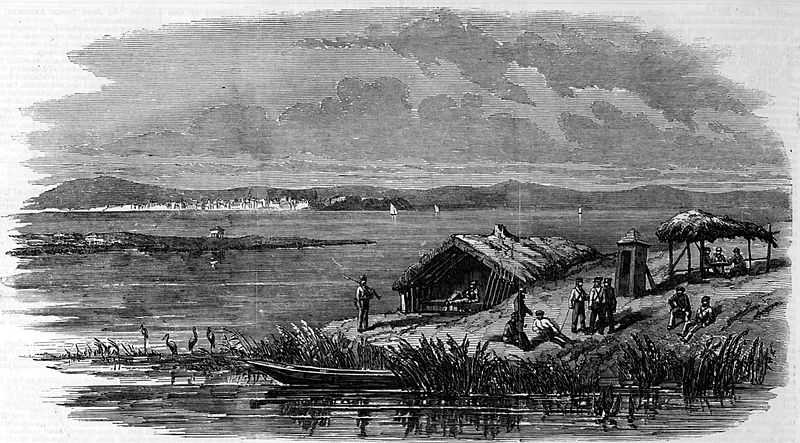 Sappers camp on the Danube at Rustchuk; Giurgevo over the river

Next day, 26th July, the sappers joined the French pontoneers and English sailors in building a ‘bridge of boats’ across the main stretch of the Danube. The French pontoneers worked from one shore and the sappers from the other, whilst the sailors rowed up the boats and assisted to secure them in position. The boats, moored with a space of twenty feet between them, gave for each of the series about forty feet of bridge. The width of the roadway laid onto the pontoons was 18′ 6″. Intended for heavy service (e.g. the crossing of artillery and cavalry), the bridge was made of massive baulks and stout oak planking, strongly bolted.

Great difficulty was experienced in finding materials and then in securing some of the boats in the more rapid part of the river, but by mooring them with four anchors each and using heavy ordnance sunk into the river above the boats and securely fastened to them,  they proved to be a very firm and stable platform. Work on the bridge was completed on the 4th August and on the 10th, Omar Pasha opened it in person, complimenting the officers and men for the zeal and ability they had shown in its construction. For the ceremony, two triumphal arches of evergreens were run up, one at each end of the bridge, and above them flew the banners of the allies, England, France and Turkey. The men were treated to a “costly repast” by Omar Pasha! 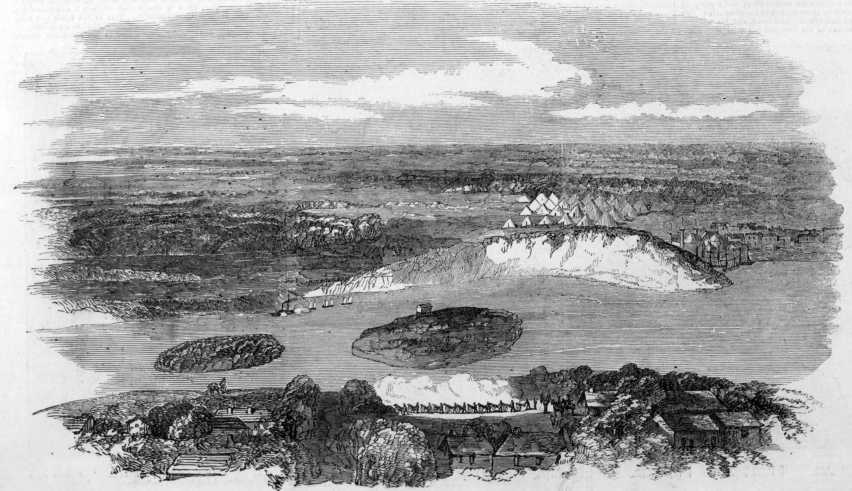 No longer required for service with Ottoman forces, 18 of the Sappers and Miners returned on horseback to Varna, under Lieut. Pratt, R.E., passing through Silistria from where, joining the group of English sailors, they left on the 15th August and returned to the Black Sea. 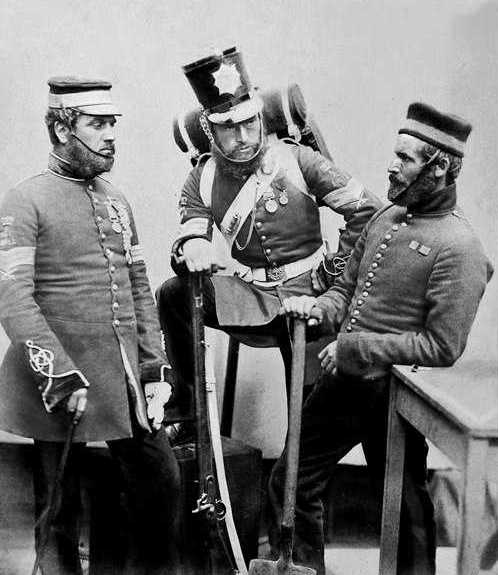 Sappers and Miners in the Crimea – a Colour Sgt. to left.

Lord Raglan later wrote to the Minister of War:-

His Highness Omar Pasha has requested me to write to your Lordship, to return his best thanks for the services rendered to his army by Major Bent, of the Royal Engineers, and the detachment of sappers under his command. His Highness desires me to express his regret at the losses which have been sustained by this small detachment, who, under the direction of Major Bent, have well sustained the character of the British army … His Highness further desires me to express to your Lordship his entire approbation of the manner in which Major Bent has conducted his duties ….

Major Bent and his sappers were subsequently of great service in throwing up the tête de pont at Giurgevo, and in the construction of the bridge across the Danube.

His Highness desires to take this opportunity of expressing to your Lordship his high sense of the services rendered by Lieut. Glyn, R.N., and H. S. H. Prince Ernest of Saxe Leiningen, with the detachment of sailors of Her Majesty’s fleet under their command, in the construction of the bridge across the Danube.

His Highness considers that the success of the construction of this bridge is in great measure attributable to their well-planned dispositions, which, although executed with limited means, proved fully effective to resist the storms and strong currents of the Danube ….

His Highness desires me to add, that it would be very gratifying to him if Her Majesty could in any way reward these officers for the able services they have rendered to the Ottoman army and the common cause ….”

In Brigade Orders of the 23rd July 1855, the Sultan’s award of a medal to the sappers who had worked on the Danube was announced:

“The Turkish government having awarded a certain number of medals to the officers of royal engineers and the royal sappers and miners who were engaged in the campaign of 1854 on the Danube, the Major-General commanding has much pleasure in publishing the following extract from a letter addressed by his Highness Omar Pasha to Lieut.-Colonel Simmons, Her Majesty’s Commissioner with the Turkish forces:

“I beg you will distribute these medals amongst the officers and men according to the accompanying list, as a mark of the great satisfaction my Sovereign has always experienced from the manner in which they conducted themselves whilst sharing the dangers and fatigues of the campaign of 1854 against our common enemy.” 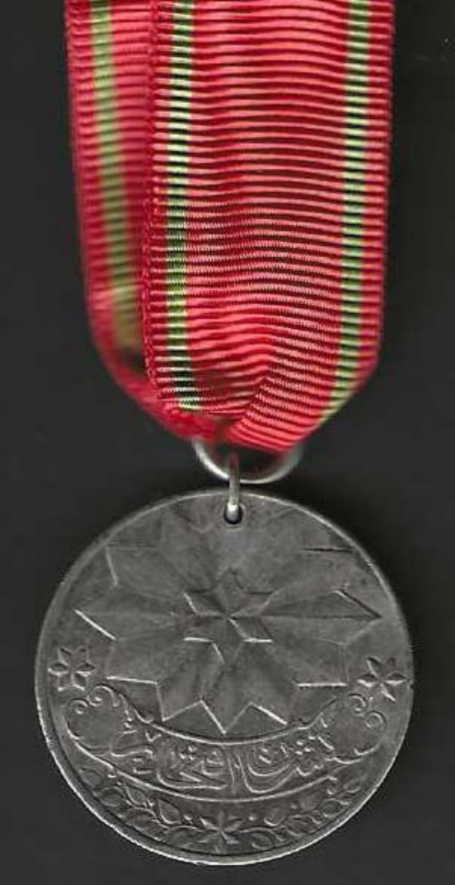 The medal in question was (put simply) the standard Turkish General Service Medal in silver as awarded for the Balkan campaign, or just “the Danube Medal” , but its more flowery title was “The Order of Glory” – which certainly sounds more impressive!

Apart from the naval recipients (for which there is much detail and a named list in Douglas-Morris’s Naval Medals 1793-1856) the sixteen sappers named above were the only British soldiers who appear to have been honoured with the medal or distinction in this form. Why the other 18 sappers were not identified (or honoured?) is unknown. The original party of 34 from 10th Company RSM lost a number of men through disease – which might reduce the number of medals actually given – and it has been suggested that some men did not get the medal because their conduct was so bad (a fact reluctantly noted by the authorities). Sgt John F. Read, Corpls. Wm. Harding, Wm. Swann and Privates Robert Rylatt, Michael Westacott and John Piper were all commended for their conduct and four of these certainly received the award. 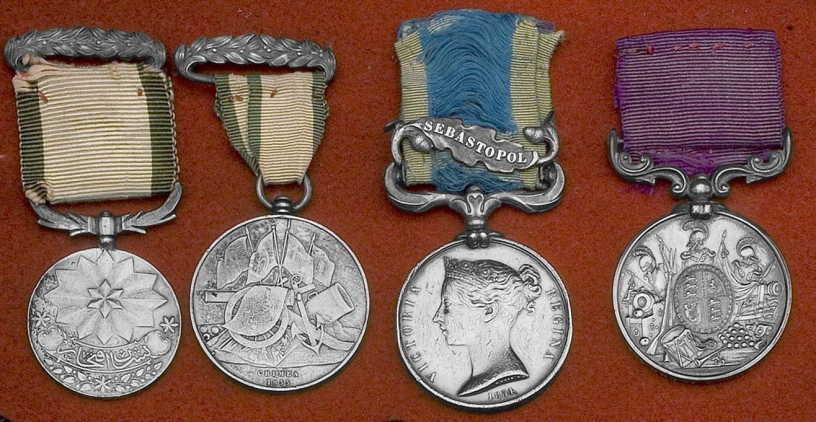 Group to Michael Westacott – the only other Danube group with an officially named medal to have surfaced.  [Messrs DNW]

There is also another possibility – after 18 sappers departed from Giurgevo for Varna on 15th August, the remaining 16 men under Major Bent “accompanied the Ottoman troops into the Wallachian principality, entering the capital, Bucharest, on the 22nd August“, where they aided work on the city defences before, after several months serving with Ottoman forces, returning to the Black Sea. Given the actual number of men referred to in the awards’ list, is it possible that the “Order of Glory” was awarded only to the group who, having worked on the Danube bridge, then did further service with the Turks in and around Bucharest? The numbers add up!

The soldier whose group has just surfaced and is shown here, was Sergt. John Frinsbury Carne Read. Born “at sea” in 1824 – actually aboard the transport “Frinsbury” when his father, himself a Sergt. in the Sappers and Miners, was moving from Corfu to serve in Gibraltar – Read followed his father into the Royal Sappers and Miners in 1839 at the age of 14. He served through to 1866, serving not only in No. 10 Company on the Danube and in the Crimea but also in No. 11 Company, RE in Central India, as well as in the Shetlands and Mauritius and, intriguingly, in northern Canada in the 1840s during one of the land-based Franklin Search Expeditions, though this party was for some unkown reason not put forward for the Arctic Medal in 1855. He was awarded the LSGC in 1862, advanced to the MSM in 1872 and on retirement in 1866 became, of all things, an Assistant in the Victoria and Albert Museum. He died in Wimbledon in 1901. 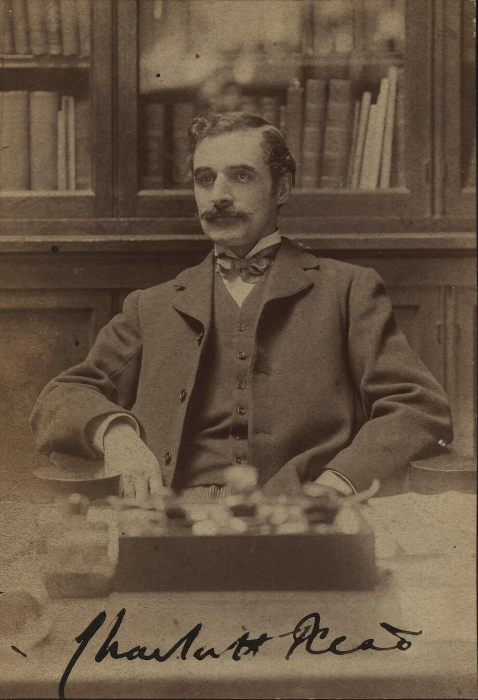 Most interestingly, his son Charles Hercules Read, who was found a post at the V & A by his father at the age of 13, went on to become one of the foremost curators of his day in the British Museum and was knighted for his service. He died in 1929.