The medal “To the Conquerors of the Bastille” 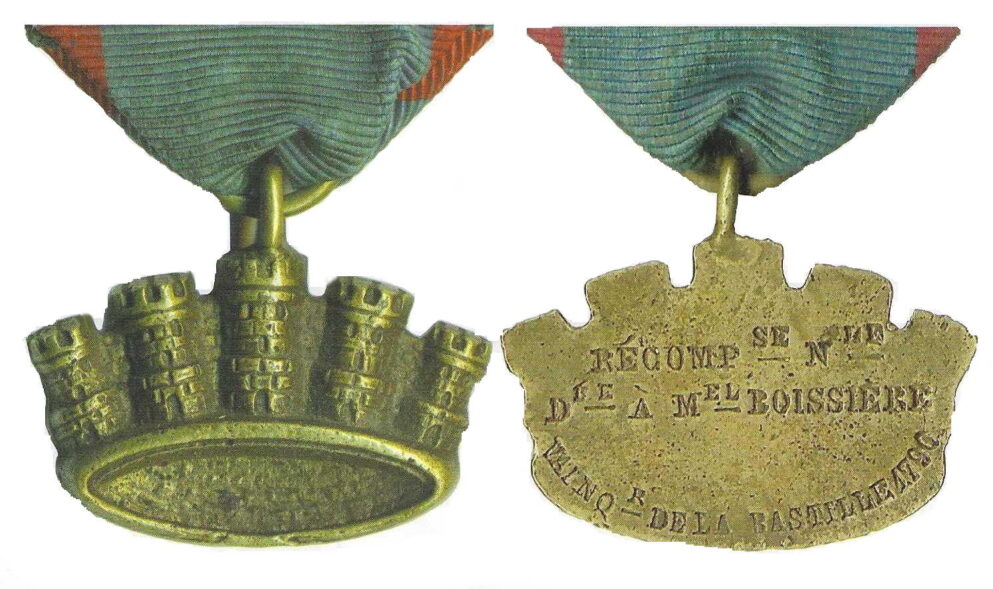 The “storming of the Bastille” in Paris on 14th July 1789 has gone down as one of the most important moments in European history. On that day, in the early throes of the French Revolution – whose opening moves had only begun in June with the formation of The National Assembly – a Parisian mob attacked the ancient mediaeval fortress in the centre of Paris. One of the city’s dominant features since its construction in the late 14th century, the Bastille was reviled as a political prison and symbol of royal tyranny and was an obvious target for an anti-royalist, anti-authoritarian movement. By 1789, this towering fortress was in a poor state but its occupation and destruction marked a flashpoint of the Revolution, and the event subsequently became an icon of the French Republic. Of all the events in the long period of revolution, 1789-1804, it is le quatorze juillet (14 July) which is still celebrated as the national day in France and is known as Bastille Day in the English-speaking world.

By the late 18th century the castle comprised a chain of walls with eight towers, around 80 feet high, surrounding two courtyards and an armoury. It is usual to think of the attack as the revolutionaries’ symbolic attempt to liberate the victims of royal oppression, but in fact at this time the Bastille was nearly empty of prisoners, housing only seven inmates. What the rebels in Paris actually wanted was armaments. They had already taken the Hôtel des Invalides and seized over 20,000 muskets, but needed the large quantities of ammunition stored at the Bastille – said to include 30,000 lbs of gunpowder. It was this, rather than prisoners, which the attackers sought to “release”. 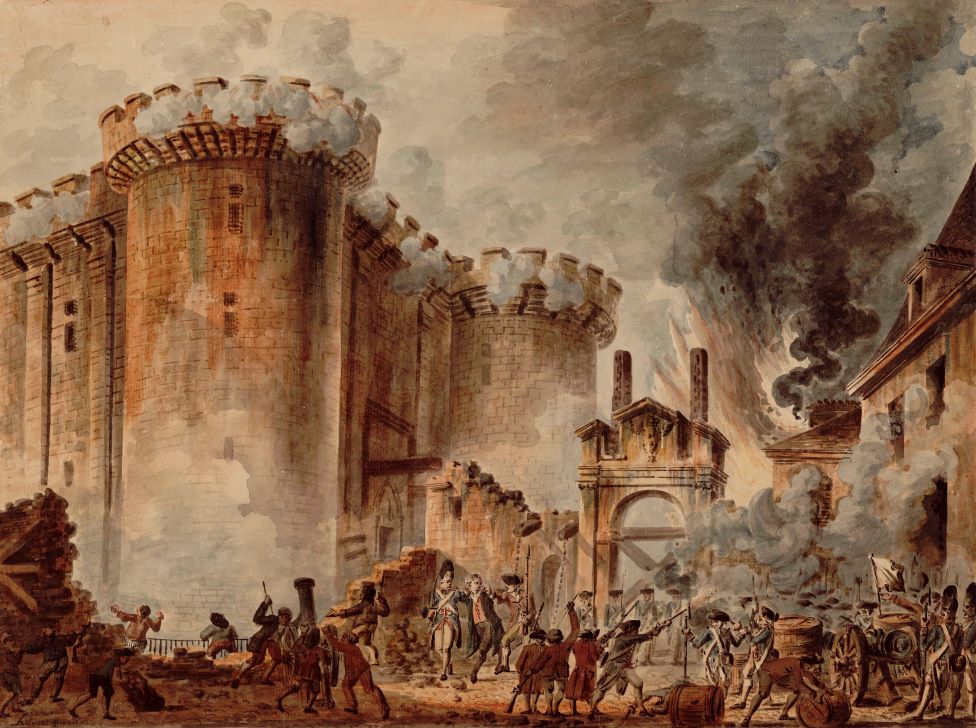 The usual garrison was only 82 invalides (veterans no longer suitable for active service) but they had been reinforced on 7th July by thirty-two grenadiers of a Swiss regiment. The walls carried eighteen eight-pounder guns and twelve smaller pieces. The governor was Bernard-René de Launay, who had actually been born within the Bastille when his father was Governor.

Around 1.30 p.m. the largely civilian crowd of Parisian revolutionaries forced its way into the undefended outer courtyard and shortly afterwards gunfire began, though as is often the case in such events, which side actually fired first is not known. The crowd seemed to have felt enclosed and trapped and assaulted the walls and gates to the inner bailey. As the fighting became more violent and intense, outside attempts to organize a cease-fire were ignored by the attackers. Fighting within the confines of the Bastille continued and at 3.00 p.m. the attackers were reinforced by mutinous para-military gardes françaises and deserters from among the regular troops, along with two cannons and a mortar. A force of Royal troops encamped nearby did not intervene. With the possibility of a mutual massacre increasingly apparent the Governor ordered his men to cease firing at 5.00 p.m. A letter offering terms was handed to the attackers but was refused and the Governor decided to capitulate anyway as he realized that his small force could not hold out much longer. He opened the gates to the inner fortress around 5.30 p.m. – four hours after the attack began.

It has been estimated that no fewer than ninety-eight attackers were killed and seventy-three wounded, but only one defender died in the fighting. After the surrender, however, the Governor and three officers of the permanent Bastille garrison were murdered by the crowd, two of the invalides of the garrison were lynched and two Swiss soldiers executed, though the other Swiss regulars were later released to return to their regiment. 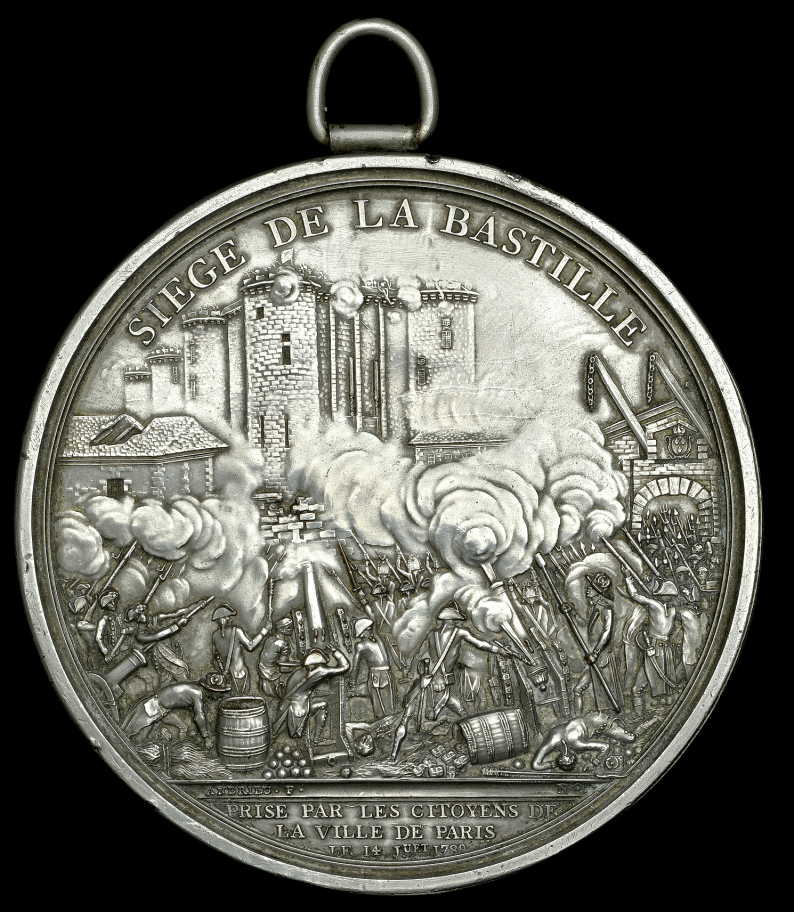 One of many medallions celebrating the fall of the Bastille

Not surprisingly, “the fall of the Bastille” had repercussions around France and Europe and those who had taken part in the event were immediately hailed as heroes of the people and of the Revolution. Their deeds were reported amongst riotous scenes of jubilation in the National Assembly and those who had taken part were dubbed “the Conquerors of the Bastille” (Les Vainqueurs de la Bastille) and regarded from the outset as heroes to be feted and honoured. 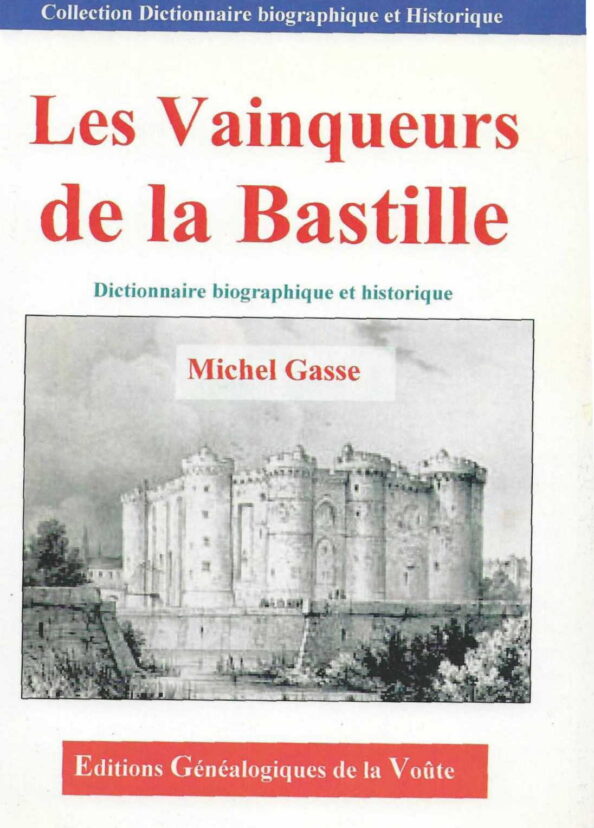 A modern biographical listing of the “vainqueurs”

A list of all those who could properly be regarded as the “conquerors” was immediately drawn up by order of the Assembly and some 900 names were put forward; it is estimated that perhaps no more than 1,000 had been involved in the actual “storming”. The vast majority were citizens of central Paris, from all walks of life.

In the excitement of the occasion, all sorts of honours were immediately thrust upon these revolutionary heroes. An Association of Vainqueurs de la Bastille was formed, with its own statutes and regulations and the “conquerors” were awarded state pensions and financial rewards. Each one was given a military-style uniform and accoutrements, with distinctive badges to wear and, like distinguished war veterans, they were invited as guests of honour to civic functions and revolutionary ceremonies. From the medal collector’s point of view, it is interesting that the “conquerors” were given wearable “medals of honour” as national rewards by the Assembly, another reflection of the symbolic status given to the “conquerors”, since at this period the awarding of general medals was a rare thing in itself. 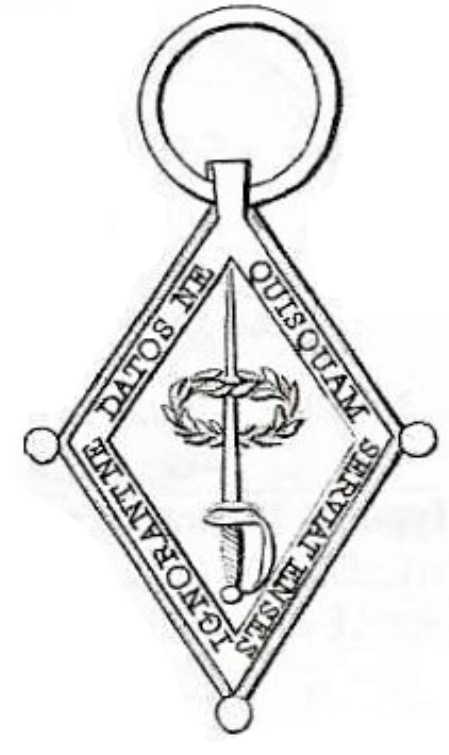 An early award to “the conquerors of the Bastille”

The Military Committee of the National Assembly voted on 5th August 1789 to give a gold medal to the gardes françaises and former soldiers who had taken part in the historic event, the rest to be given a medal in the form of a small mural crown in gilded bronze. It was thought that there were over 800 “Vainqueurs de la Bastille” who were not members of the gardes françaises but “had carried arms” and a commission was set up by the Commune of Paris to compile an official and comprehensive list of the civilian “conquerors”. Between 22nd March and 16th June 1790 they took evidence and interviewed survivors and ended up with a list of 954 citizens, all of whom received the “mural crown” medal, conferring the title “Conqueror of the Bastille”. The award was confirmed by decree of the National Assembly on 19th June 1790.

Unfortunately – and unsurprisingly given the nature of the Revolution – this basking in the limelight simply did not last. It was soon decided that honouring “citizens” with fancy uniforms, medals and badges created something of an élite – quite contrary to the spirit of the Revolution as it developed. Very quickly in the years that followed, the shine wore off the adulation and serious criticism was launched against this special treatment. As opinion turned against the elevation of this group, it was decreed in a series of acts in September and November 1793 that the wearing of the uniforms and the medals must cease (and be returned to the authorities) and the pensions and titles were revoked. The wearing of the medals was forbidden by decree as early as 20th August 1793.

However, the vainqueurs proved to be a remarkably stubborn and determined lot. Over the course of succeeding years, groups of them continued to press for a restoration of their uniform, pensions and medals. In 1803, they even petitioned Napoleon to be awarded the new Legion of Honour en masse – which did not happen! Only in 1832 – forty-three years after the event – were their pleas heard. In that year, the new “citizen king” Louis Philippe, who was anxious to prove his “democratic” credentials, granted the restoration of pensions and the award of medals – in gilded leather to the veterans of the gardes françaises and a gilded bronze mural crown to the rest. Perhaps equally important to them was that their status and title of honour as “Conquerors of the Bastille” was formally recognised. However, by this time there were only 632 survivors or claimants and in this post-Restoration era, some monarchists were furious at the decision to honour “traitors” to the Crown. One derided these “so-called revolutionaries and citizens” as pompous and self-important, not satisfied with the part they had played in historic events but ridiculously chasing a “pretend” medal and insulting the French monarchy by honouring what was essentially an assault on royal authority. Nevertheless, the medals were awarded.

The second (1832) version of the medal was a very small, uniface, mural crown, only 3 cm wide. The obverse bore five conjoined towers symbolic of the walls of the Bastille in which, unlike on the originally awarded mural crown, the towers, windows and doors were solid, not pierced through. The plain reverse was simply embossed with: RÉCOMPENSE NATIONALE DÉCERNÉE A [name]. VAINQUEUR DE LA BASTILLE 1790. (National reward conferred on ___. Conqueror of the Bastille 1790). The wording was abbreviated and the date referred to the decree conferring the original award. The recipient’s name was added to the detail. 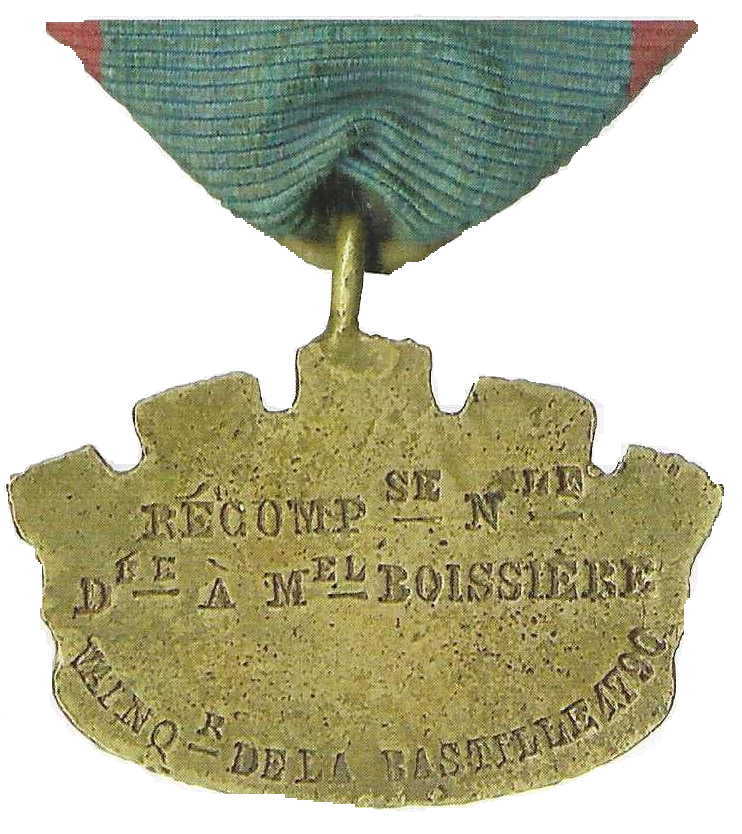 The example shown – which is not on the original ribbon – bears the name of Monsieur Marcel Boissière. Because the entitlement to the award was rigorously checked (in 1790 and in 1832) registers of the “conquerors” and claims survive, with varying amounts of detail in them. Marcel Boissière was born in 1765 in Rubaix – so he was not a Parisian by origin. His name occurs here and there amongst the records of the National Assembly in the 1790s when he was given powers to collect taxes in the name of the Assembly in the Rubaix district; by 1832, with the re-award of the medal and title of honour, he was living as a property owner and landlord in Paris. The house and street where he lived were swept away in the later re-building of the centre of the city. Nothing else is known about him.

The medals to “les Vainqueurs de la Bastille” are now rare – the “withdrawn” originals of 1790-93 are just about unknown and the re-established awards of 1832 rarely seen. How many now survive is unknown. They nevertheless serve as medallic rewards for one of the most symbolic and important actions in modern European history; few medals can be said to commemorate so significant an event.