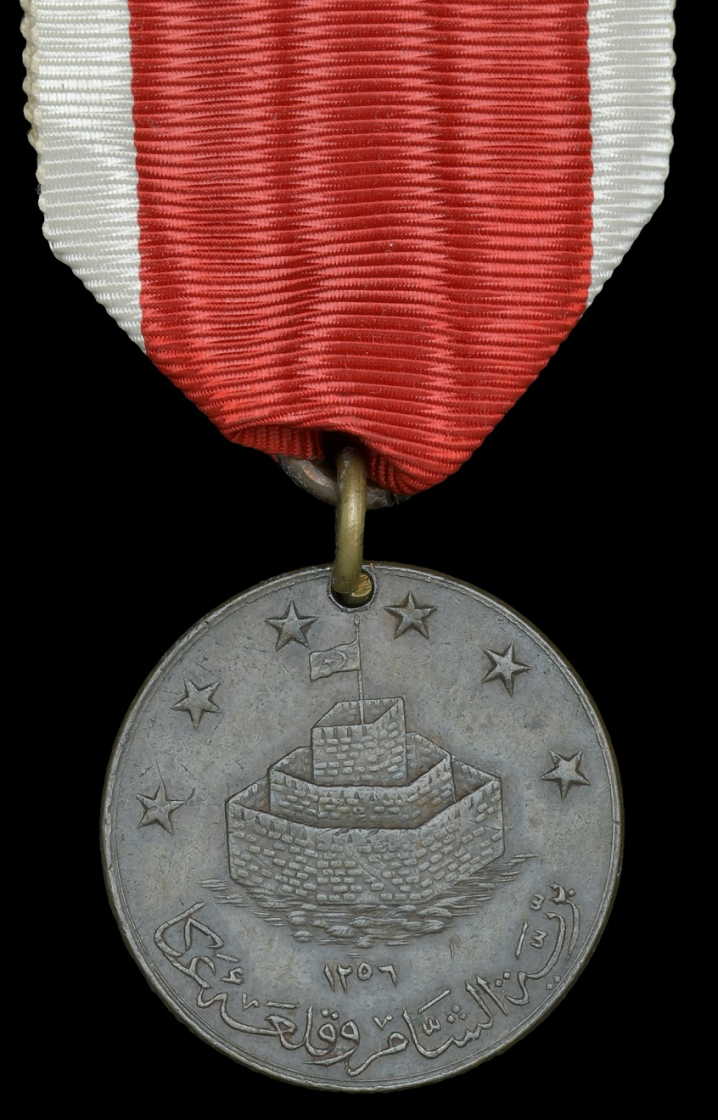 Collectors are well aware that the medal issued for the campaign and battle of Waterloo in June 1815 is considered to be the “first” general campaign medal awarded to the British army, granted to all who were present, regardless of rank or distinction. What is perhaps less well known is that the first “general” award to the personnel of the Royal Navy and Marines actually emanated not from our monarchy or the Admiralty but from the Sultan of Turkey as late as 1840.

Davison’s Medal for the Nile 1798 in silver

There were, of course, earlier issues of campaign medals to British sailors – like the familiar awards privately paid for and distributed by Alexander Davison for the Nile in 1798 and for Trafalgar and Matthew Boulton’s Medal for Trafalgar. But these were not “official” awards and their terms of award and numbers issued are not certainly known. Although British naval forces saw almost continuous action throughout the French Wars and on occasion afterwards (e.g. at Navarino in 1827), there were no official medals which were uniformly distributed by the British authorities to naval forces engaged simply on “campaign service”.

British naval action in the Near East in 1840 was part of a policy which became familiar as the 19th Century progressed – keeping hostile (especially Russian) influences out of the Eastern Mediterranean where they might threaten British routes with India and the East. This policy was really behind British and French intervention on Turkey’s side during the Russian War of 1854-56 and flared up in its most dangerous form in the great “Eastern Crisis” of 1876-78, which nearly saw Britain engaged without significant allies in a war with Russia. 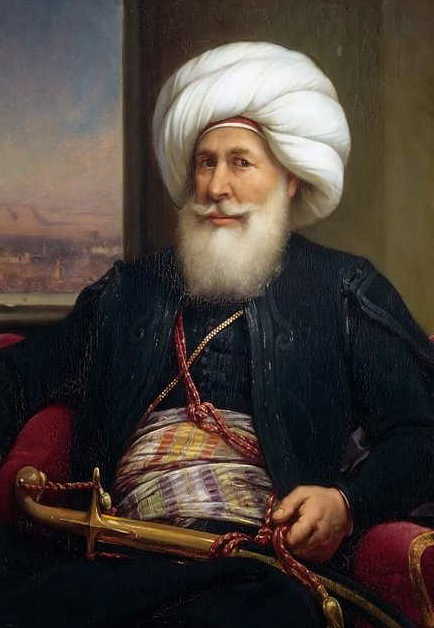 The campaign which culminated in 1840 with the bombardment and capture of what was then the Syrian port of Acre (now Akka, near Haifa in Israel) was long in the making. It began with the ambitions of the Viceroy of Egypt, Pasha Mehemet (or Muhammad) Ali. Technically, he ruled the Turkish province on behalf of the Sultan, but he harboured grand plans to create a new Egyptian Empire and a ruling dynasty. Mehemet Ali is an impressive historical figure, now regarded as one of the founders of modern Egypt. He came to prominence as an army commander as early as 1801 when he helped secure the withdrawal of French forces from Egypt and in 1805 was appointed Viceroy of Egypt by the Ottoman Sultan. He went on to modernise the economy over many years and to reform and westernise the army and navy. But he saw his new fleet destroyed by the British and their allies at Navarino in 1827 during the Greek War of Independence, which also marked the breach between Mehemet Ali and Sultan Mahmud II.

Like earlier Egyptian rulers, Mehemet Ali wanted to extend the boundaries of Egypt and to control Syria, both for its strategic value and for its natural resources. Having built up a large modern army, he began an open revolt against Mahmud II in 1831 and ordered the invasion of Syria. His army quickly overran the region, capturing its largest port, Acre, after a six-month siege. Pushing northwards, the Egyptians defeated Ottoman armies sent against them until there was effectively nothing preventing their advance on Constantinople itself. It was at this point that international powers became alarmed and began to intervene. The British feared French and Russian ambitions in the Eastern Mediterranean and the French feared Russian aims. It became important to settle the issue before the Great Powers ranged themselves on one side or another and fell into a much wider conflict over domination of the region and its sea routes.

The Russians offered military assistance to the Sultan (to the horror of the British and French who saw the possibility of a Russian presence in the Eastern Mediterranean in exchange) and in 1833 brokered a treaty by which Mehemet Ali would withdraw his forces, receive Crete (Candia) as a reward and be allowed limited rights over Syria. Faced with Russian opposition, Mehemet Ali reluctantly agreed but by 1838 had grown dissatisfied with the terms of the treaty. In 1839 he renewed the war, again sending his forces into Syria and again defeating Ottoman armies, leaving Constantinople open to attack.

To de-fuse the situation and prevent a greater international conflict, Britain, Austria, Russia and Prussia agreed in the Convention of London to offer Mehemet Ali the hereditary rule of Egypt and the administration for life of Acre, in exchange for his withdrawal from the rest of Syria. When Mehemet Ali rejected these terms, a mixed European force (without France) began direct action. Initially, ships of the British Mediterranean fleet supported by Austrian and Turkish warships took part in a number of “active operations” – blockading the Nile delta, operating against Egyptian-held ports like Sidon, shelling Beirut (11 September 1840) and then attacking Acre itself.

In the Autumn of 1840, Acre – attacked by the English in 1189 and 1799! – was being watched by Vesuvius, Phoenix, Stromboli and Gorgon, but the squadron was rapidly reinforced in October to a strength of 12 ships mounting 702 guns, under Sir Robert Stopford, and by four Turkish and two Austrian warships. It was estimated that the Egyptians had a garrison of only 4,500 infantry and 800 cavalry, along with warships riding at anchor. When the decision to attack the port was made on 3rd November, part of the allied fleet, Benbow, Edinburgh, Castor, Carysfort, Talbot, Wasp and Hazard with the Austrian and Turkish ships, would bombard the port from the south of the bay and destroy its fortifications; the others (Princess Charlotte (flagship), Powerful, Thunderer, Bellerophon and Pique) would attack from the north. Their target would be the western defences and the citadel at Acre – later to be crudely depicted on the Turkish medal. Other ships, like Revenge, were initially, to their disgust, kept in reserve.

All was carried out smoothly and effectively. The southern squadron was the first to come into range and receive enemy fire from the port defences but soon the entire allied fleet was anchored in set positions and poured a tremendous fire into the town. The Egyptians, especially in one battery, served their guns bravely, though to little effect: the British fleet suffered only 59 casualties, most of them light, and superficial structural damage. At 4.00 p.m., after two hours of solid bombardment, the main magazine at Acre blew up, causing terrible casualties among the garrison, though not ending the defence. The pounding continued until after dusk and then sporadically into the night before the allied fleet withdrew in the darkness. In the meantime, the Governor and the garrison abandoned the town and early next day, surviving Egyptian officers offered the surrender of the port. 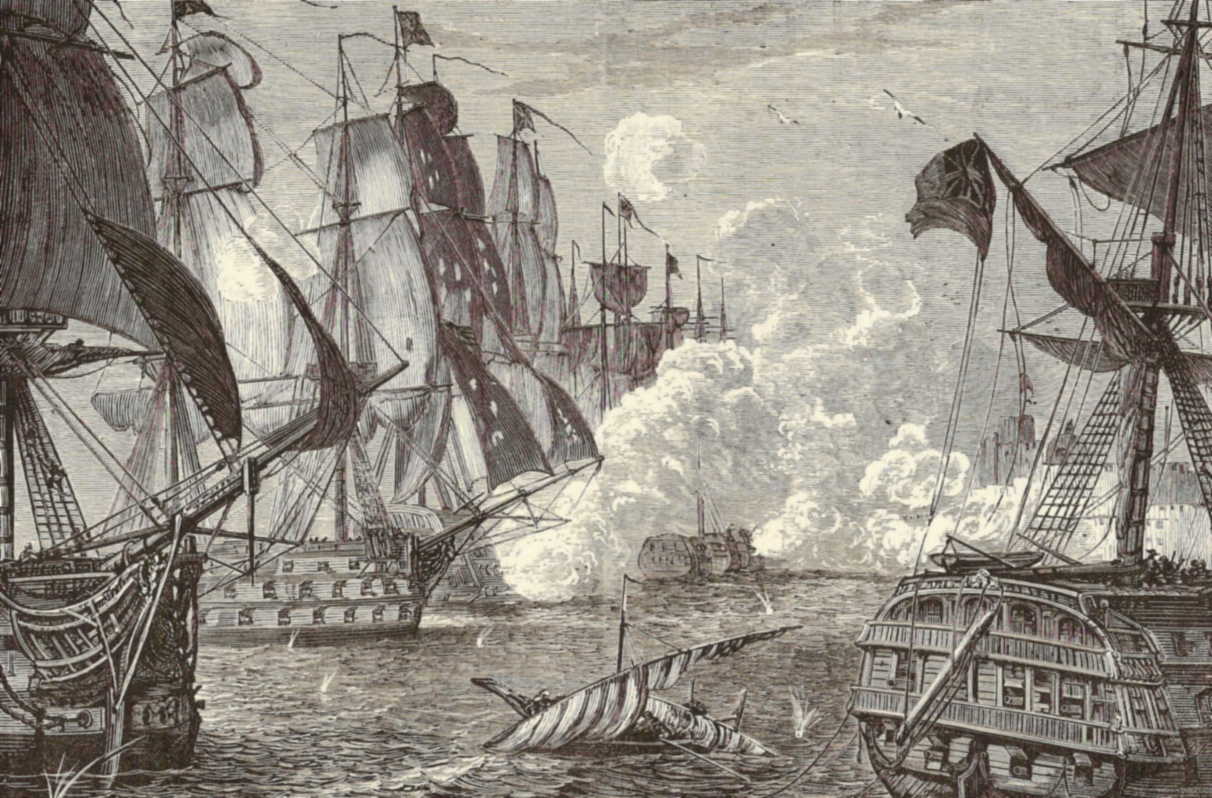 The attack on Acre – contemporary print

With the fall of Acre and after further fighting inland, Mehemet Ali agreed to the terms of the Convention of London on 27th November 1840. He renounced his claims over Crete and offered to reduce his navy and army, provided that he and his descendants would be granted hereditary rule over Egypt. Though an unprecedented status for the Viceroy of an Ottoman province, this was agreed and Mehemet Ali remained in office until deposed in 1848; he died in 1849.

In return for the assistance given to Turkey, Mahmud II proposed that, amongst other decorations and rewards, the allied forces present in the Syrian operations would receive a Turkish medal, known to the British as The St. Jean d’Acre medal after the ancient name of the port. Given that there was no precedent for the award of an official medal like this to the massed ranks of the Royal Navy and Royal Marines, let alone one to be issued by a foreign power, the announcement caused great excitement and interest. 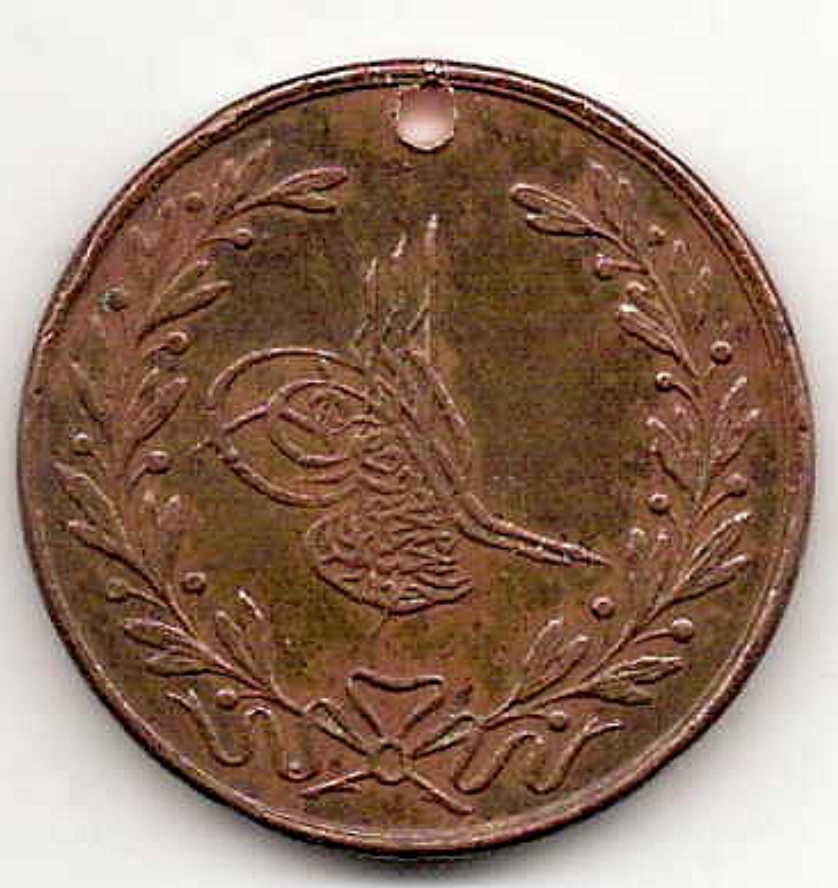 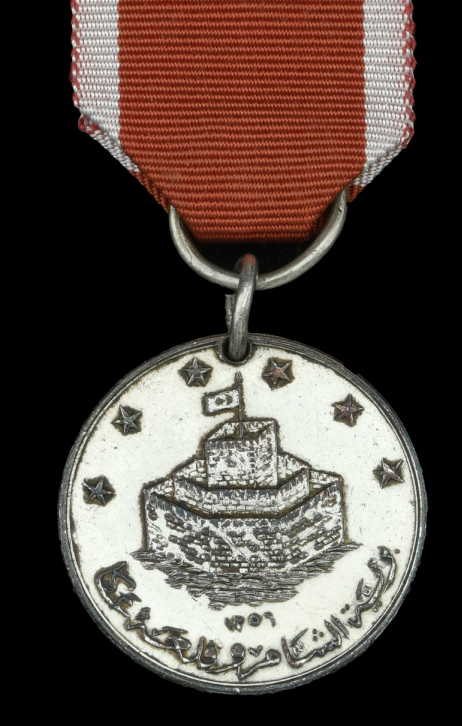 The reverse of the silver award

The medal was announced by the Sultan in March 1841 and was to be issued in gold to commanding officers, in silver to lower-ranking officers and warrant officers and in copper to “other ranks”. Nominal rolls of ships’ crews and marines were compiled and as early as January 1842 the first batches of medals arrived for distribution. In March 1842, announcements in the press asked potential recipients to make their claim and approx. 850 silver medals (not, incidentally, a huge number) and just over 9,700 in copper were awarded to the personnel of 26 British ships. About 35 ships were involved in the operations, so that some ships (Fury and Lady Franklin are often quoted) seem to have been denied the Turkish award, perhaps because they played little or no part in the actual operations (e.g. those which remained on duty “watching” Alexandria). The narrow ribbon was deep cherry-red, with white edges and was originally attached by single or double rings, though these were often replaced by the recipients with decorative suspensions of their own choosing.

The copper (other ranks’) award on ribbon

In the event, the medal was something of a disappointment and was met with a chorus of dismay. Universally condemned as small, cheap and unimpressive they were seen in many quarters – not least the London press – as an insult rather than a reward. This was especially so as Turkish soldiers and sailors were given larger, better quality versions in silver (not copper) and the copper type awarded to British sailors was deemed to be of exceptionally poor quality. There were those, indeed, who suggested that the whole consignment should be rejected, shipped back to Constantinople (with suitable expressions of contempt!) and that the British government itself should finally get round to the systematic awarding of campaign medals – not leaving the initiative to foreign powers who might then insult our forces.

In the meantime, at least British sailors and marines did have something to show for their campaign service. And it is widely believed that the furore caused by the “paltry” St. Jean d’Acre medal was one more thing to spur the authorities into the “proper” award of campaign medals to our forces – as witnessed by the issue of the China War medal to the navy in 1843 – so perhaps something good came out of it in the end.

The British authorities eventually got round

to recognising the men who had served in the Eastern Mediterranean in 1840-41. With the establishment of the Naval General Service Medal in 1847 (essentially intended to reward service in the French Revolution-ary and Napoleonic wars of 1793-1815), a clasp Syria was granted to the ships’ crews and marines involved. So most of them ended up with two medals!